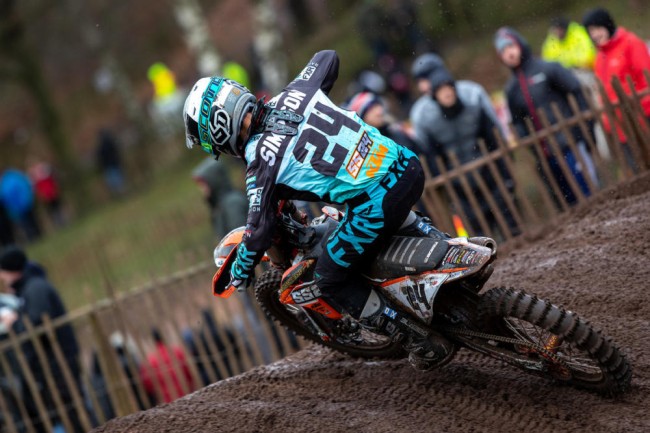 Shaun Simpson got his 2020 season on his own SS24 KTM team off to the perfect start by winning the first moto of the year and backing it up with a third for second overall at the Hawkstone International.

Simpson’s team looked very professional in the pits with a slick van and awning set-up, and he was fast on the track too in what was almost the ideal start to the Scot’s season.

We spoke to a smiling Shaun about his day and the effort that has went into running his own team and keeping his riding and fitness on point this winter.

First race of the year, you’re on your own team, won the first moto, second overall – it couldn’t have went much better for you!

I could have been on the top step! Nah, I’m being greedy there! Honestly, a podium was what I came here for. When I looked at the start list and saw all the British championship lads, Harri Kullas, Kevin Strijbos, Brent Van Doninck, Jeffrey Herlings, Glenn Coldenhoff, there was a serious big field of riders here. It only took a couple of bad starts or a mistake in the first couple of laps.

Today, I wouldn’t say was a lottery but it was a bit of a funny day for results but a good rider always has good results, he never really has a bad day. That’s why Jeffrey came here today and still won, Glenn is a world class rider and was still on the podium. And I class myself as, not quite the same calibre of those guys, I’m a bit older than them, but I can still mix it with them and that’s what I came here to do. 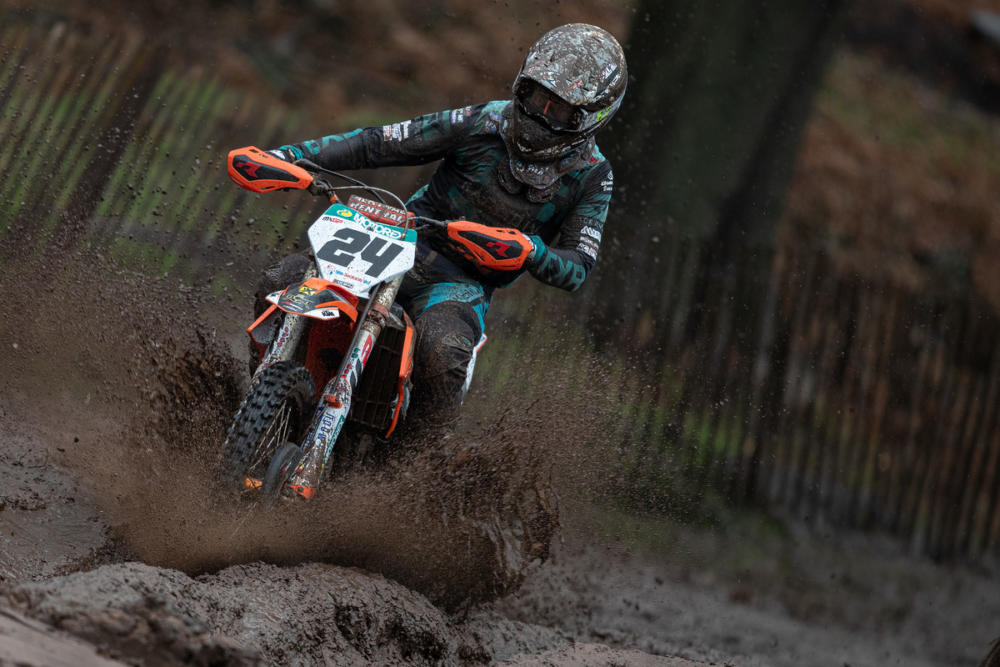 The results were just the icing on the cake for me today really, it was a really nice surprise to get up on that podium. The riding went really well. The first race I rode way better than the second one, I was in my flow and riding around really nice.

The fans were getting behind you too like it was a home GP!

The British fans, this is the first look everyone gets here at Hawkstone Park, they have to risk it with the weather but they have done a great job. They (organisers) put a lot of work in to keep it the best they can, the British crowd getting behind the home riders, it’s a great way to start the season.

Glenn wasn’t far away in that first moto for a while, but you kept chipping away and extended the lead, you must have been feeling really good at that point!

Yeah, I felt solid. I felt like I had him under control, then he actually made a mistake and that made it real easy for me. The second one I was actually closing him down, I was wanting the overall win but it just never happened. I made a wee mistake, crashed and the rest (of the race) kind of nothing happened. I think we just need to keep this ball rolling really.

On trying to run your own team and trying to be a Grand Prix rider at the same time, has it been difficult or have you enjoyed it? The negotiations, product placement and all that, as well as doing your training and riding to get up to the speed you are today…

Its’s definitely a stretch don’t get me wrong but I really do think once we get started and get rolling it will start to get easier. I’m really fortunate that I’ve got so many people helping me out just for the love of the sport and really just supporting me. That’s impressive, but on a day to day basis it’s just me and my dad, we are in the workshop, we haven’t employed anyone else.

That’s where the budget comes to and we just need to keep cracking away at that and show people what we are doing and sponsors can jump on during the season if they want, even for specific rounds, I can take my logo off the bike and put their logo on for a specific weekend or whatever. I’m just being flexible with it. I just really want to make it a team effort and show everyone that we can still get the results we want. 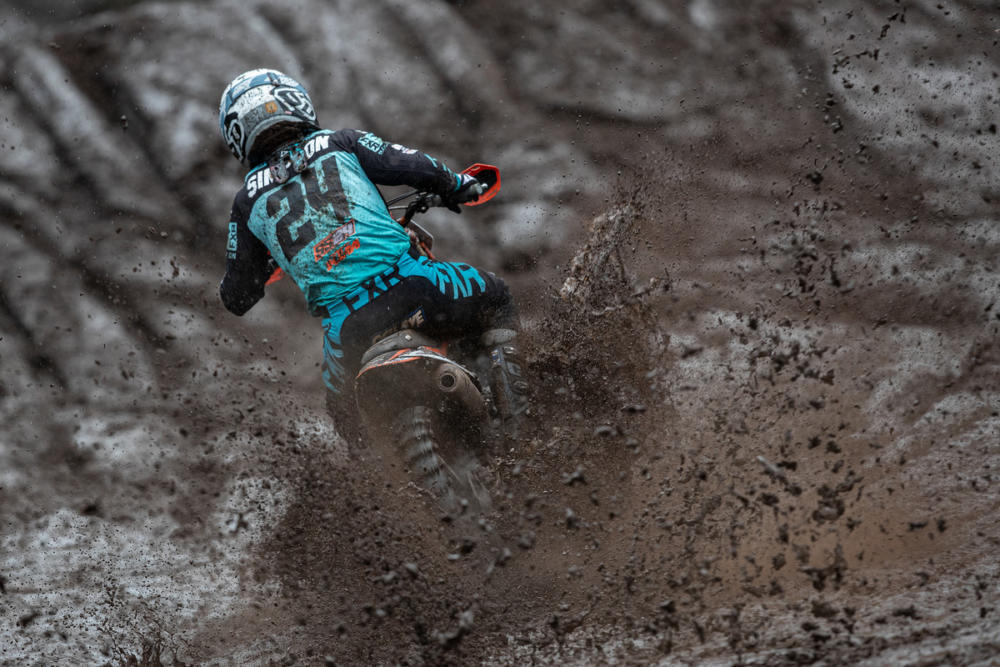 Are you doing anymore pre-season races?

Yeah, I’ll be racing next week at Lacapelle and that will be me before Matterley. So it’s Hawkstone, Lacapelle, weekend off then Matterley.

And Matterley is going to be like this plus more fans! Are you excited to kick-start the GP season off at home or would you prefer to ease into it a bit before the British GP?