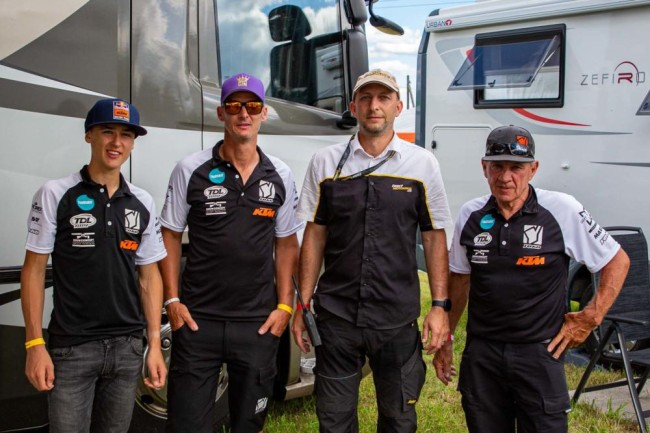 It’s been a fantastic time for the Motocross scene in Czech Republic as they were the first championship in Europe to get back underway which is a big achievement due to the COVID-19 pandemic making things very difficult. The first two rounds of the Czech series went superbly well and plenty of GP riders contested the first two rounds to prepare for the restart of the MXGP World Championship.

Factory riders including Tom Vialle, Rene Hofer, Jago Geerts, Simon Längenfelder all contested the opening round and produced some great racing for the Czech crowd.

We caught up with the Czech Championship organiser, Richard Gironi who’s been involved in the Czech Motocross scene for a number of years and knows everything there is to know about the sport there.

Gatedrop: Richard, due to the uncertainty and COVID-19 pandemic – how difficult was it to plan this years Czech Championship?

Gironi: As every year I did start to plan the season with the ACCR in December 2019 but the official version of calendar is usually released in January.

When the Covid-19 pandemic started, everything has changed. At the start it was looking like we will just move a few races at the end of season. As Covid continues and restrictions from government are tougher and tougher, we have been forced to stop everything. We have been discussing some new racing dates and circumstances if it will be needed to start the season without spectators, cut some categories off etc. Everything changes every day so we just needed to wait to see what the future holds for us.

Gatedrop: How happy are you that you managed to start the series at the weekend? Not that long ago it seemed unlikely we’d see any racing so to see it already back in June is quite promising..

Gironi: At the end of May we have done some regulations for ACCR so we could call a meeting with people from our government. After this important appointment there was light at the end of the tunnel. We did start some preparations and patiently waited for a final decision. Everyone a little bit close to our sport was very well informed, our main target was the start of Czech season in Dalecin. When we got a final yes without confirmation of number of fans, we have been going through a lot of preparation linked to the social distancing and other important rules. After a few days we did sort of start to realize that we are actually a very first European series which got the privileged to be taking place. So everything went just a bit crazy. Anyway we got an allowance to have 1000 people in each sector on Monday before Dalecin race. 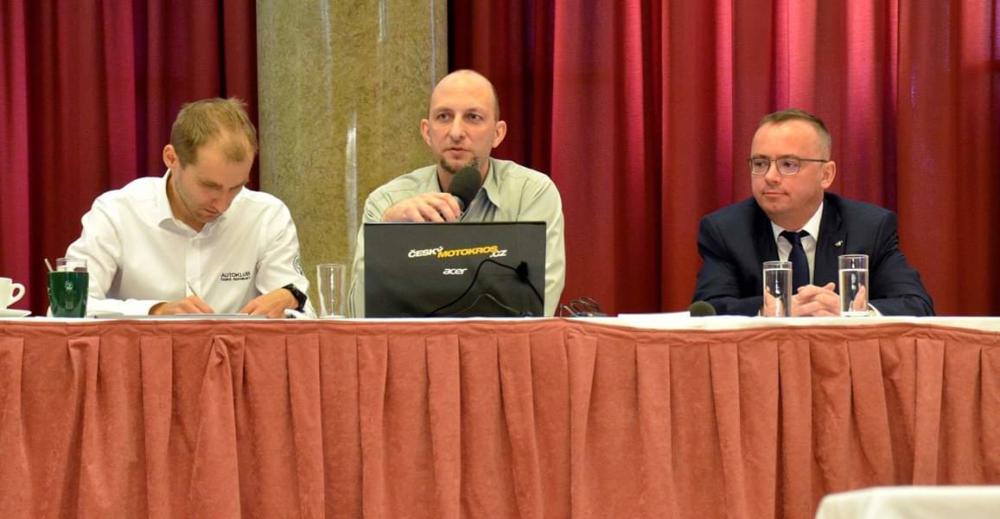 Gatedrop: At the opening round, an amazing entry list. I think the entry list is a record for the series – you must be very pleased with that?

Gironi:  Of course, the entry list was great. We had 205 riders so we did need to create free practice and qualification groups A and B in MX1 and MX2 classes. That is something you cannot remember during our Czech championship. It was amazing to welcome also riders from MXGP

Gatedrop: How did it come about for the Factory riders to race the series – is this something you pushed, did you reach out to the teams or did they come to you?

Gironi: As time goes by people were talking and teams realized we are actually really the first ones who can organise some proper championship. Some teams were already in the contact with some GP riders so it was one of possibilities. For lots of managers Dalecin is a very well known motocross track because some of them did attend a world championship here in the past. So there were a lot of reasons why they did come to our races.

Gatedrop: How delighted are you that you managed to attract Vialle, Hofer, Geerts, Längenfelder to race the opening round – that MX2 class must have been exciting!

Gironi:  Legendary Joel Smets (Vialle, Hofer) had found the way to get in the contact with Evzen Zadrazil who has been cooperating with lots of riders from Austria for a long time. Antti Pyrhonen did contact directly myself as we have met each other a long time ago when he used to race for Delta Racing Team. The same did happen with Rene Lieken and his rider Jago Geerts so I have given all the information about racing in Czech to them.

Unfortunately I was not able to watch any motos as there are a lot of things to do during the whole weekend. But I have heard only positive comments how amazing it was for sure.  The Husqvarna Factory team also came to Kaplice for second round of Czech Championship.

It is an absolute honour to see so many applications with these big names, such as Vialle, Hofer, Geerts, Laengefelder and of course others, e.g. Šikyňa, Polák, Everts. This is something unbelievable when it comes to our national series. 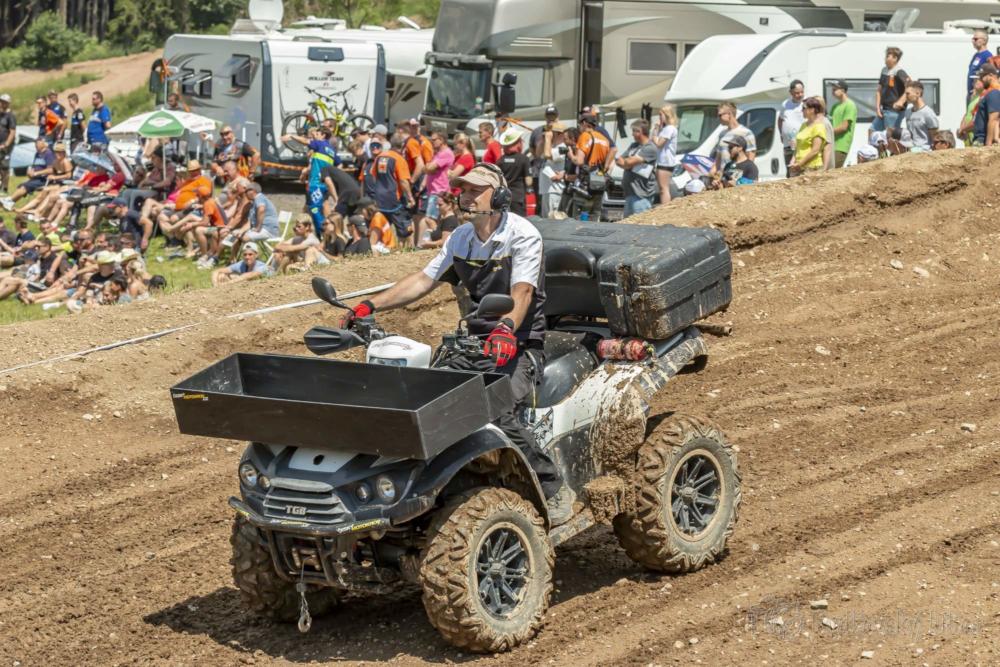 A man at work!

Gatedrop: With these top GP riders racing, have you noticed more interest in the series? Perhaps even in the future GP riders will think about racing the series as prep now they’ve experienced it.

Gironi:  Of course we did notice that. Or do you reckon there would be some interview with me on your website without this happening?! For a short time we can speak loud about our series like about a motocross centre of the world. But this is not going to last long for sure. We do have a good tracks, good organizers but for most of the GP riders there is Belgium which is the centre of their preparation. And that is something that we do not have a chance to change. The world series would normally have started a long time before us and that is another reason why there is no chance.

Gatedrop: The track at Dalecin – wow! It looks incredible, there’s rumours it might be getting the GP in future instead of Loket – anything you’ve heard about that?

Gironi: When Dalecin had changed owners three years ago, one of his goals was to organise the MXGP there. But as we all know, it is not that easy. I have been in motorsport area for a long time – working on WSBK in Brno, Rally Bohemia, promoting the Czech Supermoto series, cooperating a GP in Sosnova, close to Loket organizers and I do know what it means to prepare and host GP races.

After Dalecin we can honestly say, there would be no problem to let them organise an MXGP but there is another big problem unfortunately – Dalecin is too small. There is not enough space for spectators and there will be a big problem to fit a whole paddock area in there too. Even though everything is possible if you want to, I think that the Loket GP will remain on the MXGP calendar for the next years as the only one. 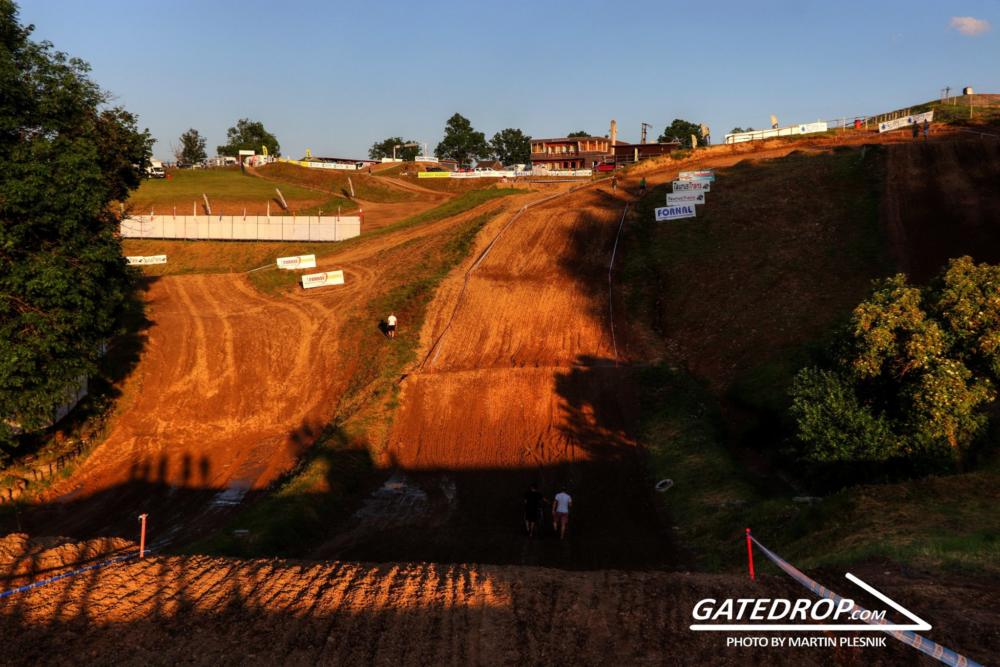 Gatedrop: In general how is the sport of Motocross in Czech Republic?

Gironi: The Motocross scene in Czech is right behind rally. It is not so bad, but there is still space to move somewhere higher. The dominant sports in CZ are football and hockey. We do not have a chance to move to this level but we can still put our efforts in to improve and make a better position.

Gironi: As you know it is a long way to become an MXGP team and there are a lot of factors. You need to have good riders and what is more – you need to have a lot of money. And that is the main problem. We do not have a moto factory in our country and we have just ten million people living in the Czech Republic overall. So the market is not such a big one to attract some factories. The manager (JD Gunnex) Jiri Jankovsky is a big enthusiast and he has managed to find people who helped him to open the right doors. I think it is good to have a team in MXGP but honestly the space in our country is just for this one only. 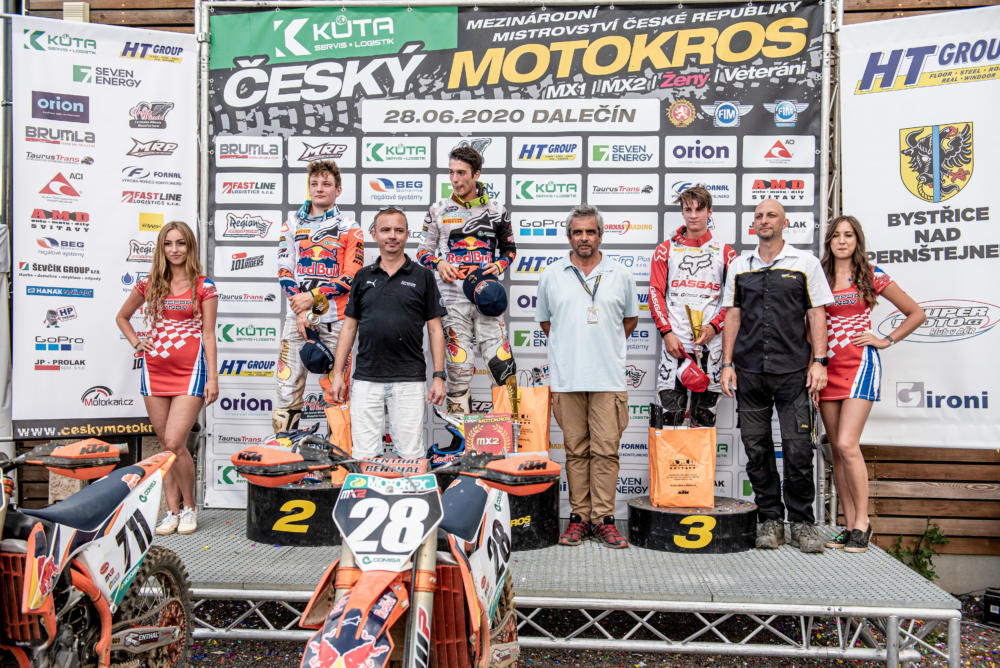 The MX2 podium at the first round of the Czech series in 2020!

Gatedrop: What’s your target for the series in the future?

Gironi:  I would like to replace the WMX class with an 85cc class and let women race in the junior series. That is our closest target. The long time goal is to find some strong general partner who will be willing to help to move motocross to the highest level. I would like to push more online coverage through some commercial media and not only our national TV.