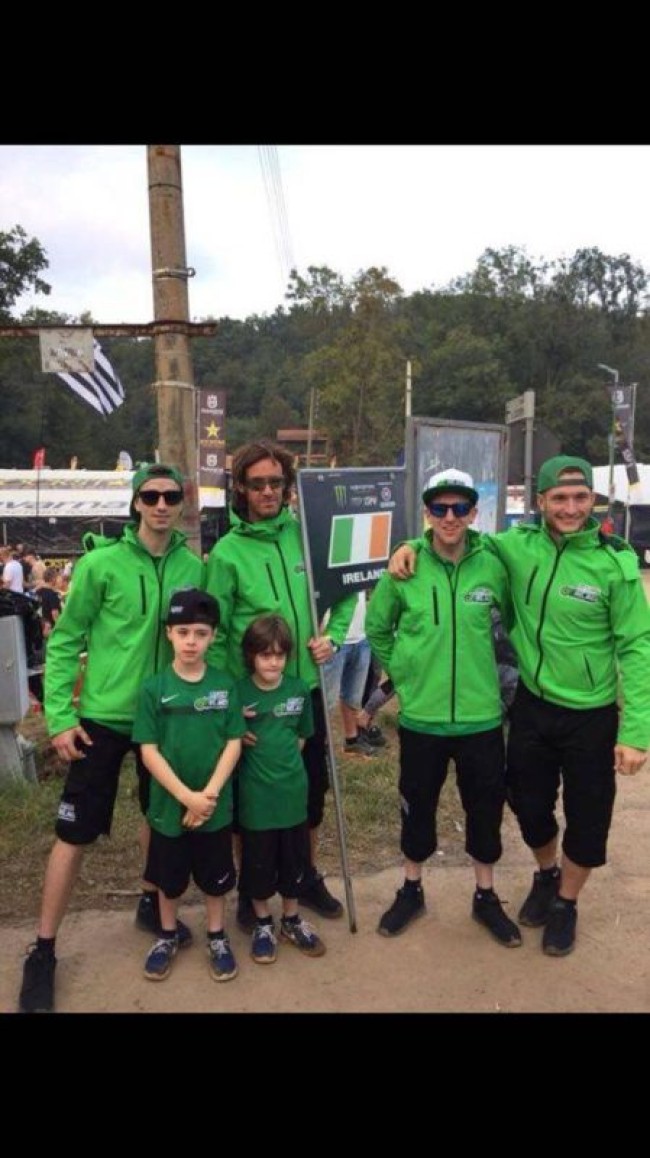 Team Ireland boss  and MRA chairman Philip McCullough was up at Desertmartin on Easter Monday and saw some very impressive rides from potential team Ireland members with the next generation now really turning up the pressure to get on the team!

A new format and some good prize money seems to have regenerated the Ulster championship and as MRA Chairman McCullough also gives his view on a series that has really stepped up in 2019.

Gatedrop: Philip, we’ve had a few rounds of the Ulster and Irish championships so far this year and it’s been great racing. Who has impressed you so far this season?

Philip McCullough: Easter Monday was the first race I was able to attend this year with work and other commitments, I had heard great reports about the racing so far this year and riders names who had really stepped up to the mark, Monday definitely didn’t disappoint. Barr was obviously very dominant, at 31yrs old he still is a class act without doubt, then we have the ‘M’ train with Mackrel, the 2 Mearas and McCormick all very impressive. Bird, Hamilton and Mckeown kept the young guns honest all day in MX1. Jake Sheridan along with Jordan Keogh also showed some good speed in MX2.

Gatedrop: One thing for sure is if everyone stays fit, you’re going to have the impossible job of picking team Ireland – one way or another there’s going to be unhappy riders!

Philip McCullough: I wouldn’t say it’s an impossible job, it’s actually a very healthy position for me to be in this year with the younger generation definitely closing the gap to the older more experienced riders that have rode for Team Ireland in recent years. My job is to pick the best 3 riders and reserves who I think will do Team Ireland proud, yes there are going to be a few riders and their supporters unhappy but that doesn’t concern me, as Team Manager it’s about getting the job done with the best riders and people round me, regardless of who’s happy or not.!

Gatedrop: The format of the Ulster series has changed this year, what’s your thoughts on it? At Desertmartin especially there was lots of depth which was great to see..

Philip McCullough: The new format seems to be working really well, the racing in all classes was very good to watch, from the expert class right down to the clubman classes.

Gatedrop: The prize money has also increased throughout the field; this is encouraging for our sport!

Philip McCullough: After becoming chairman of the MRA at the end of 2018 my objective was to re-ignite the flame in Ulster Motocross again and I think myself and the MRA have achieved this. There’s no better way to bring excitement and have good racing than raise the prize money and rewards for the riders so they really have something to achieve and aim for. This seemed to be very evident from what I witnessed on Easter Monday how riders seem to be racing with real fire and determination again.

Gatedrop: Graeme Irwin has obviously quit the sport but if he was to race a few Ulster/Irish races and win, would you consider him for MXDN selection?

Philip McCullough: I spoke with Graeme on Monday, it was great to see him and his family there aswell as our Superbike World Champion Jonathan Rea spectating, their presence alone speaks volumes for the buzz that is around the MRA Ulster Championship this year. I believe there is a rumour floating about that Graeme will ride a few races this year and would make the team, who actually makes these things up is what I’d like to know (laughs). Graeme is obviously concentrating on the new chapter of racing in his career, and I wish him every success with this, no doubt after a few months he will be at the sharp end in his class and therefore a diversion back to motocross would be highly unlikely.

Gatedrop: It’s obviously early days, but as of right now who’s in the running to represent Ireland at Assen in September and have you considering putting Barr on a bigger bike meaning Mackrel/McCormick could race MX2?

Philip McCullough: It’s still 5 months until the MXON, as Team Manager and the person who makes the decisions aswell as taking all the flak surrounding it, Martin Barr would be the only cert that I would have on paper right now, his experience, never mind the speed he’s showing week in week out along with his results here and in the mainland championships makes him the 1 obvious certain choice. I have already spoke to Martin about riding MX1 or MX2 which would give me different options come my final selection, so this is something I will keep in mind when the 3 names need to be finalised. Add James Mackrel, John Meara, Jason Meara into the equation along with McCormick, Edmonds, Gibson, Bird, Hamilton, Sheridan, Keogh, then we have Luke Smith who has improved this year stepping up to the MX1 class and even Richard Mckeown has shown some good speed this season. I’ve named 12-13 riders going for 3 places in the Team so yes there are going to be riders unhappy but as I said, I’m not doing this job to keep people happy, I do it so Team Ireland are represented as best I see possible at the biggest motocross event on the calendar.

Gatedrop: Barr has raced the first two rounds of the Ulster series which is brilliant to see. Would you like to see him compete the full series?

Philip McCullough: Martin will definitely do as many rounds as his schedule allows him to do, I heard he’s already planning flights home for the May Day Monday event at Seaforde, the day after his next Maxxis British Championship event at Canada Heights in a few weeks time. It’s great to see him making the effort to race at home, no doubt the sponsorship that the Ulster Championship has attracted this year from various companies and businesses, along with the cash injection from the MRA itself boosting the prize fund, is a major factor so I would personally like to thank everyone involved making this happen.

Gatedrop: Gary Gibson and Stuart Edmonds currently haven’t competed at home yet this year, is that something you’d like them to do?

Philip McCullough: Stuart got injured and didn’t make the event last year unfortunately, but yes I have spoken to both Gary and Stuart and have gave them my thoughts on this, Gary was unable to make it across for Desertmartin on Monday because of other race commitments but he will for sure line up at either Ulster or Irish Championship events in the next few months. Stuart is still recovering from a nasty double injury last season which limits his riding at the minute, but when he feels fit and ready will also do some races at home.

Gatedrop: There’s a while to go yet until Assen but what preparation has already been done for this years event?

Philip McCullough: Just my team selection(laughs). Obviously this year the logistics aren’t going to be as bad as 2018 with the event being staged in Holland but preparations started a few months back, the hotel is booked and I’m currently in correspondence with previous sponsors and new potential sponsors to help fund the trip to Assen come September.

Nothing is certain in this sport as last year proved with the injuries 2 of the selected riders incurred leading up to the event in the USA, but I’m pretty confident in saying that there will be at least 1 new name added to the illustrious list of riders who have had the privilege of riding and representing their country at the highest level.