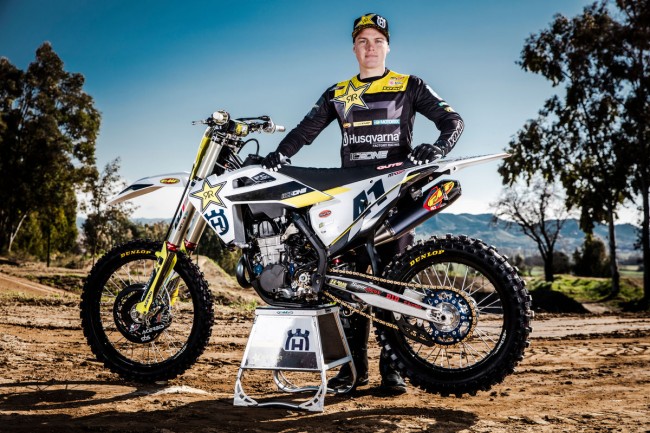 2019 MXGP will be remembered for Tim Gajser’s maturation, both as a racer who limited his mistakes and as a 22 year old that fundamentally changed his approach away from the track, Tony Cairoli’s worst career injury, Jeffrey Herlings’ slew of drama, Jeremy Seewer’s emergence as a world-class 450 rider, Glenn Coldenhoff’s sensational second season finale and big smashes that counted out the likes of Romain Febvre and Clement Desalle.

A little further down the standings but still in a plumb sixth position was Rockstar Energy IceOne Husqvarna racing’s Pauls Jonass. The 22 year old Latvian – who could have pushed for a second MX2 world championship in 2019 but elected to jump into the premier class – was distinguishable for that bright Yoko riding gear on the works FC450 as much for his results that started to pick up in the second half of the season and deliver the likeable former Red Bull KTM athlete to the position of Rookie of the Year.

Jonass was, of course, part of that entertaining KTM duel for the MX2 crown in 2018 that came to a crunching halt – almost literally – with the collision between #41 and then teammate Jorge Prado at the Grand Prix of Turkey. The accident in September would end up carrying heavy consequences for Pauls. Damage to the ACL in his right knee forced him out of the MX2 contest prior to the last round at Imola and then surgery ruined a winter of preparation for his debut on the bigger bike and in a division with no less than fifteen Grand Prix winners.

Jonass was aware that Febvre (2015) and Gasjer (2016) had trounced MXGP in their maiden seasons and Herlings (2018) won the title at the second attempt but he was figuratively far behind the pack as they took their positions in the gate in Argentina. “Not even close,” he smiles at the recollection.

He survived the mire of Mantova at round five to bag his first piece of silverware – another mini landmark for his country in MXGP – but was posting consistent top six results by the end of the campaign when he picked up two more rostrum champagne bottles: one in Sweden and another in Turkey, nicely erasing any sour memories at Afyon twelve months earlier.

Jonass’ progress was a boost for the IceOne team that had bounced from the stellar breakthrough by Max Anstie in 2017 to disappointment in 2018 as both the Brit and Gautier Paulin failed to disrupt the Grand Prix-winning race pace of the KTMs. Teammate Arminas Jasikonis struggled for the same impact but the reorientation by the team to focus on development rather than straight-up delivery of premier results had taken an upward turn.

The results, form and capability also reinforced Jonass’ decision to change classes, teams, trainers and gamble from being an MX2 contender to an MXGP speculator. He now has exciting prospects for 2020 being one of the younger factory riders in the class and will again have to deal with Prado amongst all the heavy-hitters.

Talking with Pauls is never dull. Loud of voice, free with opinions, quick to laugh and shrewdly self-analytical – all in impeccable English – he’s a worthy chat. So we quizzed him on the over-riding emotions, sensations, feelings, lessons and general ‘marks’ of 2019 and for what was a crucial transitional term.

It’s interesting how some riders are able to adapt quicker than others to finding the limit with the 450. Your disadvantage was the lack of riding time before the season started. Can you talk about learning a new style while racing at the same moment…?

Being on a 250 for such a long time meant a change of mentality for lines and riding style. Still even now I’m maybe revving the bike too much. You need to be quite high in the RPM to go fast on a 250, but the 450 is different and it’s about keeping momentum – you don’t need to carry so much flow in the corners. You don’t need to go so far to the outside and can chop into shorter lines. Anyway, it was pretty tough, especially when I only started to ride properly one month before the first Grand Prix. It was a new class and a new bike and a way to work. The goal for the season was just to improve and we did that despite a general lack of testing and being pretty unprepared! Thinking back…I’m sure there were some tracks where I was doing it wrong…but at the time I just thought ‘that’s the way to go fast!’ It might have been alright just for two laps and then I would have been done.

We tested more halfway during the season and I began to understand the bike better and that helped me a lot. Sometimes now I feel that I am not going fast but by hitting the lines correctly I can see I am doing it. An example was at the Nations on Saturday. In Free Practice I really pushed for the lap-time and was the fastest…but towards the end I concentrated on being smooth, hitting my marks and almost playing with the track and was just 0.1 away from that time attack! So, you know sometimes with the 450 you can hit your points and still go quickly. During training everything is fine because you have time to think about the lines and do everything correctly and shifting well…but then when it comes to racing and the gate drop as well as passing guys then it’s easy to start revving the bike and going in 1st and 2nd gear everywhere. After the race you look at the data and see I needed to shift up much more.

Overall it was more difficult to put together than I thought. Trying to race the 450 correctly was tough. We also didn’t have the best starts at the beginning of the season and in such a stacked class it is hard to battle forward.

Another factor is dealing with the opposition…

For sure. I raced Jeffrey and Tim on the 250s but otherwise lot of them were new guys to race against. Both in the races and sometimes on training tracks it was interesting to see how they rode, how the bike moves and to learn how they were reacting. That was an important learning tool.

You mentioned checking data; things like that must have been a new experience in terms of set-up and work…

Yeah! With the 250 you take the maximum power, set-up the bike and just ride with that. You don’t play so much with the engine configuration but with the 450 the testing – or the chance to improve – almost never stops because you can do so many things. Also, the suspension is more important. On the 250 you can squeeze it and go-for-it sometimes but the 450 feels heavier and has more power, so the set-up needs to be better. To get to the top level you need to be looking at everything all the time to improve.

Was the onus on you to develop even more as a tester?

The basic bike was already very good but when it came to racing I was like ‘hmmm, I need something a little different’. I needed to improve my role as a tester but testing by yourself or with your teammate and then racing are like two different jobs. On your training bike you already have the mindset of how the race bike – or race itself – will be. For example, it’s nice to train with a very smooth bike but then when it comes to the GP then you end up needing something more aggressive. 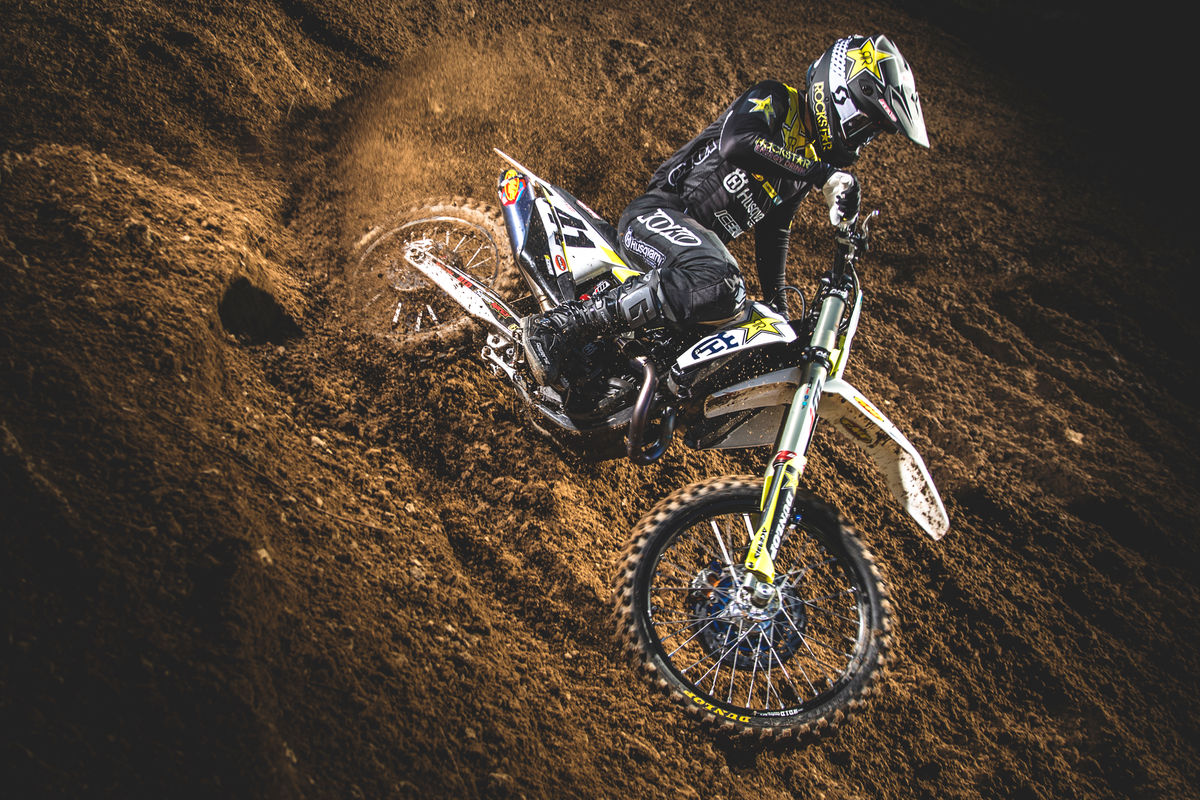 You just seemed to gas the KTM and learned much at the front of MX2. Were there more parameters to your racecraft in MXGP?

It’s a different challenge but I would not say the mindset has changed. The focus is to win but I know I’m a bit off, so it means looking at everything that can be done better to be in contention. The 250 was all about winning and with the MXGP class I know I’m looking for the few percent more to reach that same level.

Being one of the top MX2 riders in the MXGP category and also with the profile and all the resources at IceOne; was it a relief to get that first podium result?

To a point it was a relief. I thought ‘we made it, that’s good’ but then the expectation goes up and people kinda expect it on a much more regular basis. It put a bit more pressure on my shoulders. I knew the season would be tough all the way through but I felt a positive push from the midpoint. I was battling for 6th-7th and on a good day I was going for the podium. It was also good that I didn’t swing from those 6th-7th positions to outside the top ten or somewhere further down. There was a bit of consistency.

IceOne seemed to change philosophy for 2019 with two young riders: you appeared to have hit their target for the year…

For sure. The main objective this year was to gain experience and confidence for 2020. We knew already that we’d missed the winter and it would be hard to battle for proper results…I think we reached our goal though with three podiums and sixth overall. Some days I was a bit off. But I know how to fix that for next year. I fit into the team right away. It is a hard-working team and having that base in Lommel helps because it means a family feeling; it’s not like you only see your race mechanic at the races.

Was there much more attention on you – particularly in Latvia – by being in MXGP compared to MX2?

Hmmm, I don’t think it matters too much if you are still at the front battling. From the spectators’ side I think MXGP draws that much more attention because it is the premier class. I would say the level of media attention is the same…but I feel more from the fans because of being in MXGP.

You had some bad luck with your knee last year but did 2019 give you some insight as to how injuries can also easily be suffered with the 450?

For sure you need to be stronger. In MX2 you have to be riding at your best to win but the demands feel much higher in MXGP because there are ten guys around you who are capable of taking that victory. In MX2 there are two-three who are realistically there all the time. In the past you could make a good start push for some laps and then just cruise around. In MXGP you need to push every single lap: you need to be mentally and physically stronger.

Based on 2018 and the end of 2019 Herlings currently sets the performance ‘bar’ in MXGP, so do you now know what to do in order to catch or beat him?

Yes, and I know my training – the intensity – needs to be better. I need to hit my targets at 100% all the time and not save myself for anything. That’s one of the ways to come to the next level.