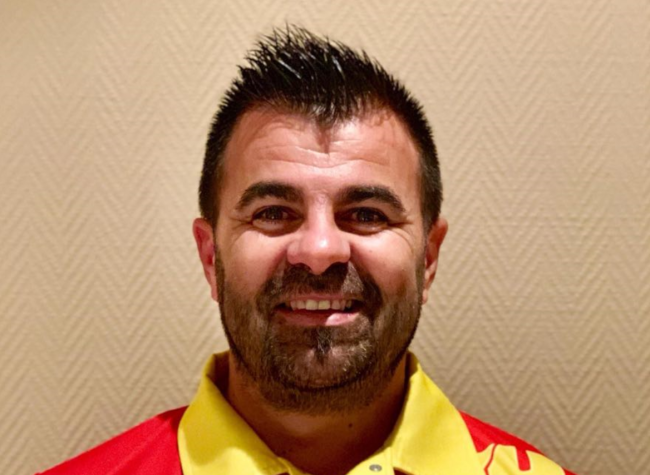 Assen is a track that Prado excels on and it’ll be his debut racing the 450cc but it will be fantastic to see the young Spaniard go up against the likes of Herlings, Gajser and Coldenhoff to name a few next month before he switched to MXGP in 2020.

Spain have a strong team with Iker Larranaga and Carlos Campano – with Prado’s brilliance they’ll be hoping for a good result.

We caught up with Paco Rico concerning the Motocross Des Nations and team Spain.

Gatedrop: Paco, the Spanish MXdN team has just been announced. Was it a difficult decision to select the team?

Paco Rico: It wasn’t an easy decision because you can only choose 3 riders, and there are many riders who want to go, but in the end you have to decide which is the best option for the Team.

Gatedrop: Jorge Prado will race the MXGP class, was that your decision or did Jorge tell you that was his preference?

Paco Rico: I spoke with Jorge and his team to propose the option to debut in the MXGP class a few months ago and he was willing to do anything to help the Team. He likes challenges.

Gatedrop: Prado on the 450cc is exciting and especially at Assen. Do you think he has what it takes to win the MXGP class at a track he always performs well at?

Paco Rico: The whole world knows that Jorge is a special rider and is capable of anything. I sincerely believe that although he will have little time to prepare with the 450cc, he will do everything to be as high as possible in the classification.

Gatedrop: Prado is having an unbelievable season, just how would you describe his season and what’s he like to work with?

Paco Rico: Jorge’s numbers speak for themselves, he had won all the races he has participated before Sweden. If you think about it it is an outrage in the case of a world championship. In addition, what is most impressive is to see how he achieves it with total dominance.

Gatedrop: Prado will make the move up to the MXGP World Championship – a crazy stacked class. How do you think Prado will do battling with the likes of Herlings, Cairoli, Gajser, Febvre etc?

Paco Rico: MXGP is the top category in the world and these drivers you name  are super champions of a very high level, but they all know that Jorge will be ready to fight against them at the highest level and I think that training with Cairoli under Claudio’s orders It will help him a lot (it will be a GP every training (laughs)) I really want to see it now. It will be a very fun year for Mx fans.

Gatedrop: The experienced Carlos Campano is selected yet again, did you think about selecting a younger rider like Ruben Fernandez to contest the MX2 class and moving Larranaga in the open class?

Paco Rico: I had all the possibilities on the table, I went around the puzzle many times and that was the reason why the team was announced quite late. That was an option like many others.
But the reality is that we had two MX2 possibilities in Iker or Ruben. I decided on Iker and Ruben will be Iker’s reserve. Ruben is young and I like it, I’m sure he will be a key piece in the team in the coming years.

For the mxopen there were several options, the decision has been made with Campano because I sincerely believe that he’s at the highest level right now and it was the best option for the Team.

Gatedrop: After Jonathan Barragan retired the future of Spanish motocross didn’t look so good but with talents such as Jorge Prado, Ruben Fernandez and Oriol Oliver, it’s starting to look good for the future. You must be pleased with the young Spanish talents coming through at the moment?

Paco Rico:  I am really happy with the young riders, I think Barragan raised the bar very high, winning several GP’s in the top category and being a candidate for the title since the beginning of his career. We then had Butron who was third in the MX2 World Championship. Now we have the dominate Prado winning week in week out in MX2 which is exceptional for our country. I think this has all helped a lot so there are more and more young people with possibilities to reach the world championship, as you say there are a few young riders on the road with possibilities to do well in the coming years such as Fernandez, Oliver, Farres, Lucas, Wade, Nilsson, Braceras, Congost, Sanchez and Canet.

Gatedrop: In terms of the Spanish Motocross, how are things looking at the moment?

Paco Rico: With the arrival of the new President in the federation there is a clear commitment to Motocross. There is more help for young people and a lot of work is being done to continue improving the Mx in Spain.

Gatedrop: What are your expectations for Spain this year in Assen?

Paco Rico: First of all qualify for Sunday and then fight like always for the best possible ranking. If we have the possibility to enjoy like last year fighting for the first places I will be delighted if that happens.

Gatedrop: Anything you’d like to add? Anyone to thank?

Paco Rico: I would really enjoyed celebrating Jorge’s title in Sweden at the weekend, and of course I want to say thanks to the Federation for the trust placed in me to try to continue improving this sport for our country.