Interview: Nicholas Lapucci on his impressive MX1 debut at Faenza 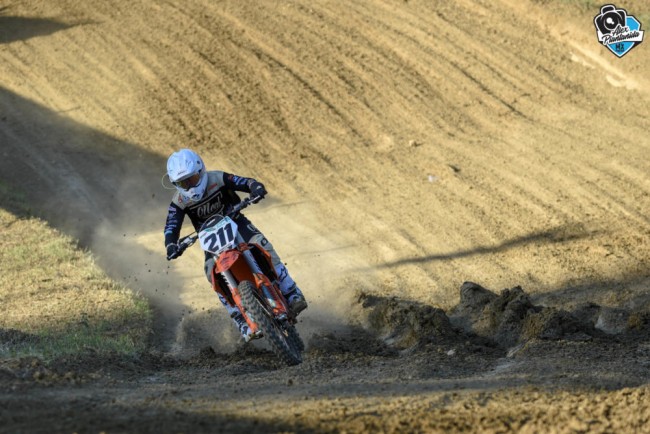 Last weekend went superbly well for Nicholas Lapucci who made his racing debut in the MX1 class. The Italian recently signed with the Beddini KTM team and despite only having around a month on the 450cc looked at home on the bigger bike.

At the Italian Championship opener in Faenza, Lapucci was very comfortable on the slick hard pack track and just missed out on the win! Second overall between Factory Yamaha’s, Gautier Paulin and Jeremy Seewer was a great result. With the track expected to hold two rounds of the MXGP World Championship later in the year, Lapucci could be one to watch.

We caught up with the Italian to discuss his weekend and more.

Gatedrop: Why did you make the decision to go 450 despite having some years left in the MX2 class?

Lapucci: I made the decision to move up to 450 during quarantine, after I broke up with my old team. All started talking about the Italian championship because this year races are all together, 250 against 450, then I started to think more about how my career could be on that class and every time in my mind I liked it more and more. First time back from quarantine was with the 450, I enjoyed it a lot, the speed and rhythm were good so I decided definitely to move up to 450.

Gatedrop: You led both motos and battled Paulin right to the last lap, how did it feel to be battling with Yamaha’s factory stars?!

Lapucci: Yes it was incredible! It was physiologically stressful because he has so much experience and he’s one of the fastest riders in the world, but at the same time I was pumped to show what I’m able to do. I was just focusing on my riding style and my flow, trying to not think about who was behind.

Gatedrop: What was the secret of your speed on Sunday? Does the 450 just suit your style better?

Lapucci: I just repeated to myself to be calm and to not take extra risks and just do what I’m able to do. For sure the 450 fits better for me and for my riding style and it helped a lot in some situations.

Gatedrop: Does the results and speed you’ve shown change your plans at all for the rest of the year? More GP’s?

Lapucci: For the moment we have the same plans as before, I’ll do most part of the world championship races but always with same goals, having fun, making experience and without any pressure. 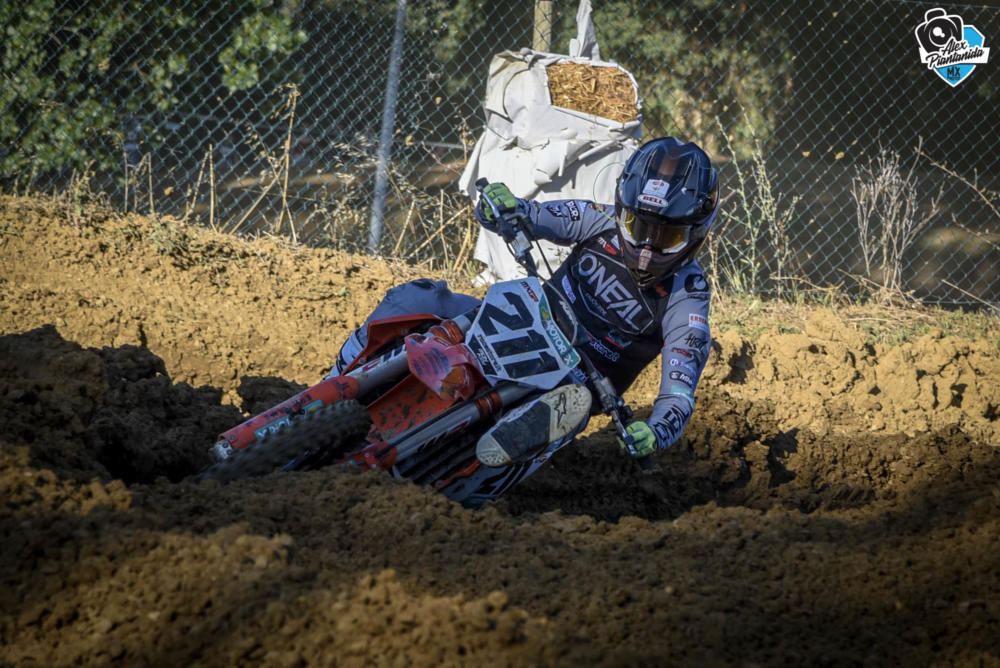 Gatedrop: You were under a lot of pressure at times but didn’t make any mistakes and didn’t give an inch to anyone, does that make you believe you can be that level now?

Lapucci: Like I said I tried to keep calm every moment of the race, thinking only about my flow and what I did during training. Now I know that I can be there but it’s a long way and we need to work hard for it.

Gatedrop: What were your expectations for the opening Italian series? Did you surprise yourself?

Lapucci: Yes, I was surprised about my performance. I didn’t have any expectations before, I knew I was fast during training but you know races are always different.

Gatedrop: What’s your thoughts on the new Italian Championship format with the MX2 riders against the MX1 riders?

Lapucci: I think it’s a good format, there are many fast riders so the rhythm is high in every moto with good battle.

Gatedrop: Some riders said the Faenza track was dangerous, what were your thoughts on the track?

Lapucci: The track was really fast and hard in some parts, this was a bit sketchy but was good too at the same time with good ruts and bumps.

Gatedrop: With two GP’s taking place at Faenza, what’s your expectations for those two GP’s after that great performance?

Lapucci: I don’t have any expectations just to give 100% as always. For sure would be good to do same result of Italian championship (laughs).

Gatedrop: You’ve recently signed with the Beddini KTM team, you’ve had a number of teams in the past. So far how’s things going with the new team and are you hoping to have a long term future with them?

Lapucci: Team Beddini it’s a family as well as a team. Things are going perfectly, I love to work with them. I would like to have a long term future trying to bring them good results and satisfaction. I wanna say a big thank you to all the Team Beddini, Dario (boss) and Aurora, KTM Racestore, Paolo Mencacci, my family and all the people involved that make it possible.