Interview: Mikkel Haarup on adjusting to his Kawasaki and 2020 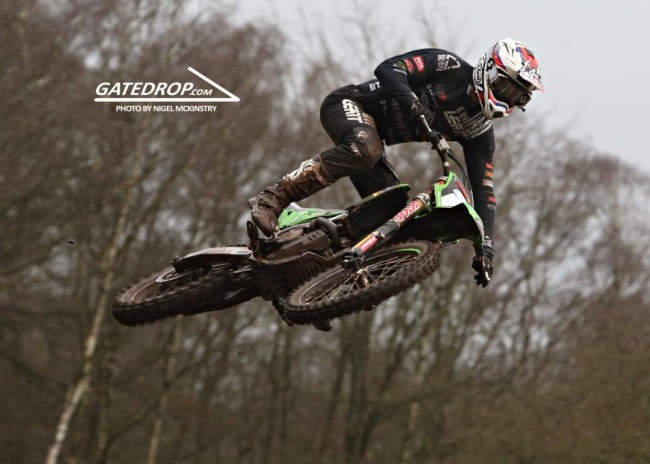 There’s no doubt that Mikkel Haarup has tonnes of talent and should be much stronger this year after his rookie year in the MX2 World Championship. This year is all change for Haarup as after spending his whole career on an Austrian bike he’s made the switch to a Japanese bike on the F&H Kawasaki.

Haarup in his two pre-season races looks comfortable and right at home on the Kawasaki which looks good for the future.

We caught up with the Dane after a wet Hawkstone International – a track he always does well at.

Gatedrop: Mikkel, Hawkstone Park, it’s a track you always seem to excel on, obviously totally different conditions today but you still had a good day!

Haarup: I am super happy. In the qualifying, I struggled a little bit getting the speed. I did manage to finish fifth in the qualifying which is fine for the gate pick now they’ve changed the gate so now there’s a grid behind it. That’s also good for the practice for Matterley Basin as well. I had a good start in the first moto but then they red flagged it so we needed to do a restart. Anyway, I managed another good start and was riding in third place, made a little mistake which dropped me to fifth but I made my way back to third on the last lap. It was a good effort but the track was unreal wet, there was places on the track over a metre deep water holes. I was just happy to get through the moto.

The second moto I got another good start and just rode a decent race to finish another third place. It was enough to score me second overall to tie me with first place. A decent weekend and yeah, I do always seem to be quite good at this race. I like the track a lot but when it’s so wet maybe not so much but I still enjoyed it and it’s good to do these pre-season races.

Gatedrop: You mentioned the track was pretty wet, was it still fun out there or was it more a case of surviving?

Haarup: The first moto I would say it was surviving. There were a lot of unpredictable places on the track that you couldn’t really see what was going on cause it was so deep with water. The second moto, it dried up a little bit and there was a dry line the whole way. It was technical and quite good for the balance. At the end I enjoyed it a little bit more but the first moto was just surviving.

Gatedrop: Last week you rode Ottobiano and had a good day as well, another good race to prepare you for the MX2 World Championship?

Haarup: Ottobiano was okay, I didn’t have the best starts but anyway it was okay, I finished top five and that’s what I came for. The pre season has been great, I’ve done two decent races and I am just really looking forward to Matterley Basin now in two weeks. 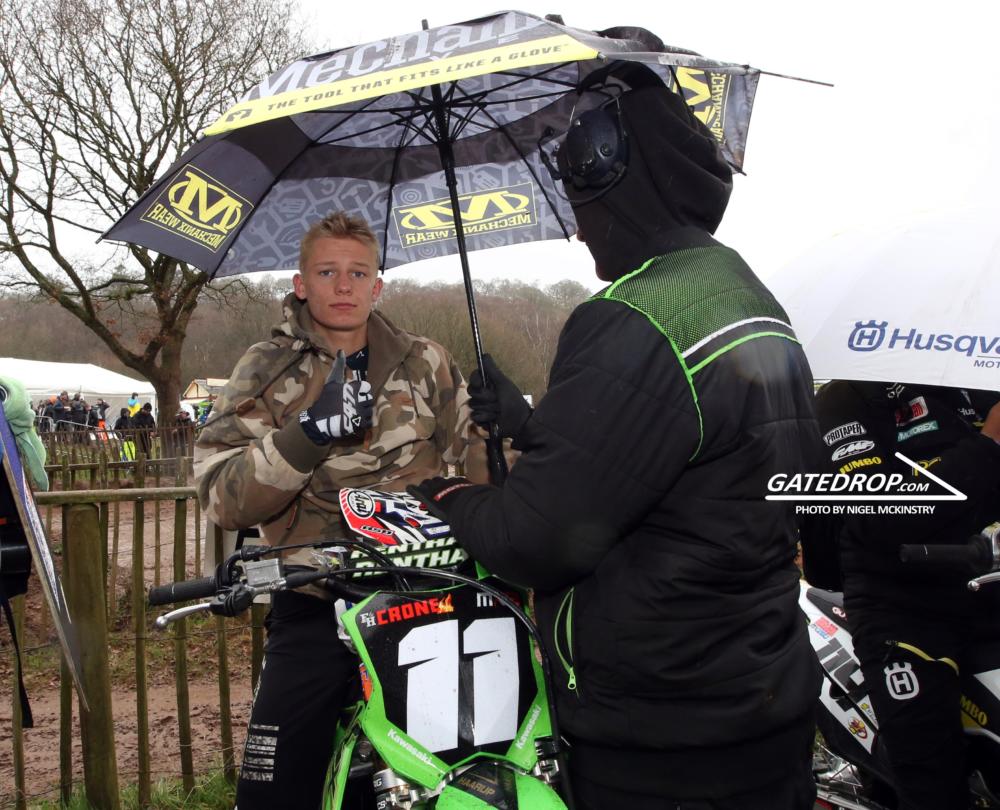 Gatedrop: You’ve been on a KTM and Austrian brands since you were on the 65cc’s I believe. How has it been making the jump to a Japanese bike in the Kawasaki and did you need time to adjust?

Haarup: To be honest, yes, it did take some time to adjust. I’ve ridden with the same brand for 15 years so all of a sudden to move to a Japanese bike is a big change. But, obviously I tested the bike and I was happy with it since the first ride. There were obviously different things to do but all in all I felt it was strong. Strong engine, the frame is very good and it turns really well. All in all I feel very comfortable on the Kawasaki and I’ve also been getting good starts with it which is very important. I’m happy with the change and it was a decision I made myself. So far, I am really enjoying the new team (F&H Racing team).

Gatedrop: I know you’ve spent quite a lot of time at Redsand in Spain, what has the track been there like, has it been getting bumpy which makes it good prep? Also have you rode much hard pack in Spain as well?

Haarup: We went to Spain in December for two weeks. When we arrived it had been raining for quite a while so the tracks were a bit wet and rutty which is good. I did some tracks in the mountains and some other hard pack tracks just to get a bit of variation and not only Redsand.  The track was amazing and good job to the guys at Redsand because they managed to keep the track going through all of winter. We went back again at the end of January and then there a massive storm so the tracks were super wet but anyway we rode there and the track was rough. It’s been good practice and we managed to get some good training done and no mistakes from my side, that’s all I was looking for. I’ve been practicing a little bit the muddy riding from Redsand but it was a good winter season.

Gatedrop: You’ve started working with Marc de Reuver as he’s part of the F&H Racing team, what’s it like working with him? He seems like a lot of fun off the track but serious when it matters!

Haarup: Marc, yes like you said, he’s very serious when it comes to the track. I think many people think he’s kidding around a little bit but he’s very serious and I like that a lot. I enjoy working with someone who does the best they can with the riders and he’s going all in. When we have a day off, of course he’s fun to be around but I think there’s no one that doesn’t really like him. He’s a nice personality and he’s been a good influence on me. Marc is very smart and has learned a lot himself from his career. He’s not only teaching us the things to do right, but the things not to do wrong as well. That’s been a big thing for me as there’s been some mistakes during my last few season’s so I’m happy to be working with him definitely. 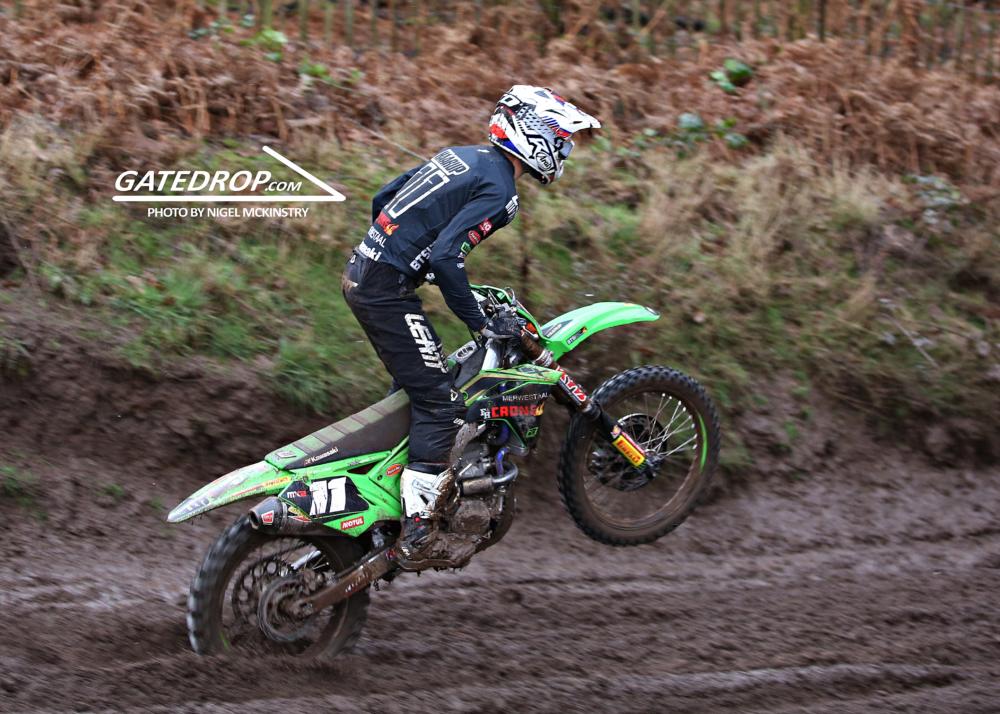 Gatedrop: Just on the season what are your expectations for the MX2 World Championship this year?

Haarup: I don’t want to put any numbers on it, it’s difficult to say. If I keep working like this it can definitely be a very positive season but anything can happen. For me, the most important thing is to keep working and see what happens.

Gatedrop: I was speaking to you earlier and you said you peaked too soon last year. This year if maybe you get a bad result will you maybe not be too hard on yourself? It’s a long season and staying fit is going to be important.

Haarup: Last year I was a rookie in MX2 and I learned a lot. Of course I’m young so I’m pumped to race so I try to do the best I can every weekend. Last year I put a lot of pressure on myself even though I was a rookie. I’ve learned a lot from that year and I’m not going to go out for the win first round if it’s not coming to me. I’m not stressing so I definitely learned a lot from last season even though the last year was tough, I can use the stuff I learned for this season.