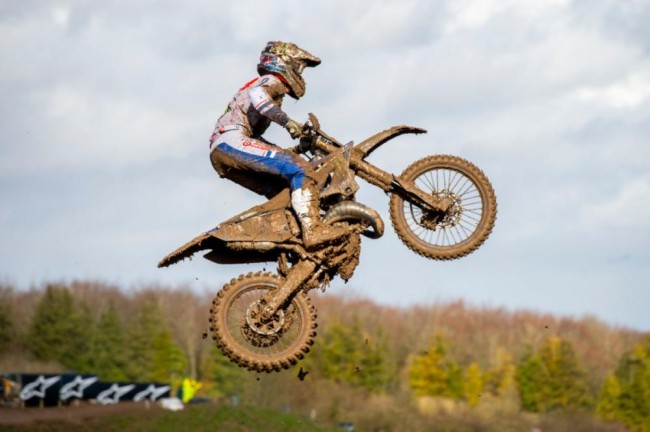 Mairis Pumpurs’ story is one of hard work and determination. The MJC Yamaha EMX125 rider struggled financially at the start of 2019, but after impressing Yamaha with his performances across Europe, the Latvian was invited to the bLU cRU FIM Europe Cup SuperFinale in Assen, The Netherlands, where his victory was noticed by the entire motocross paddock.

After topping the YZ125 time practice, Pumpurs wasn’t the quickest out the gate but in the extreme conditions he soon powered through to the lead and never looked back. The 16-year-old’s winning margin was almost a minute over second place. This against some of the best young bLU cRU talents, springboarding him into the limelight.

Remembering his SuperFinale performance, Pumpurs said: “We trained a lot during the season. I came to Assen with one goal, which was to win. To be honest, I didn’t expect the gap to the other riders though. We had a bit of luck, but the hard work done ahead of the event really paid off in the end. I really enjoyed the race even though it was in really tough conditions.” 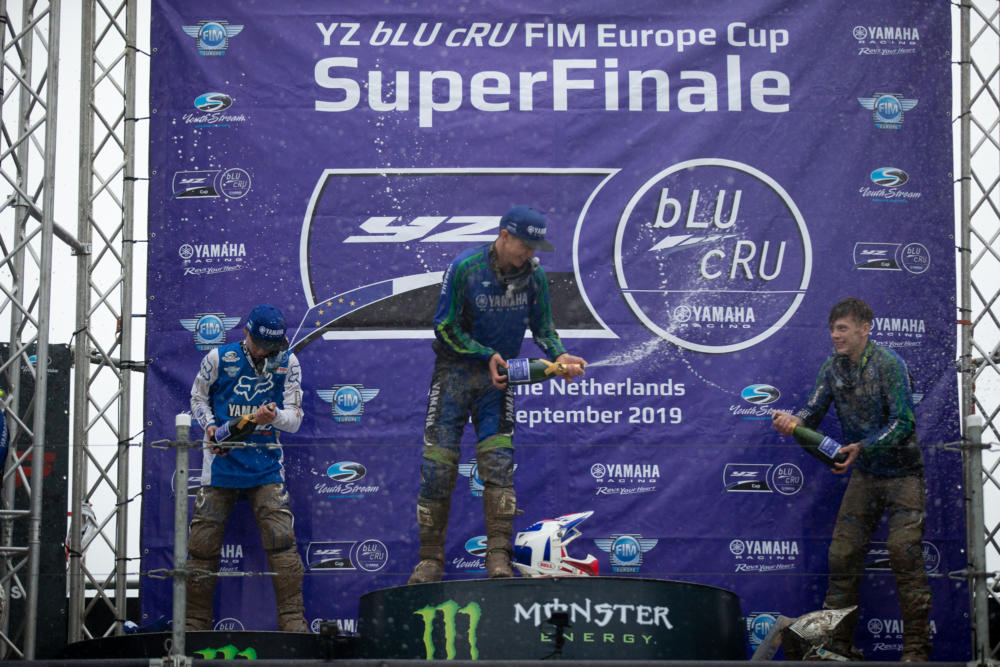 Although he didn’t take part in the full European Motocross Championship season in 2019, Pumpurs did ride in the Latvian and Estonian national championships, taking victories in both while also impressing in the ADAC MX Masters.

“It didn’t start too great, with financial issues and missing out on the EMX125 championship. It hurt inside, but my trainer Ronalds [Strazds] and I did a lot of work during the season and it all came off at Assen. Ronalds been working with me since I was just seven, he’s like my second dad actually. We know each other very well and he can push me to improve on parts I’m not so comfortable with.”

Following his SuperFinale victory, Pumpurs was automatically enlisted into the bLU cRU Masterclass in Lleida, Spain, where he would get the opportunity to show off his skills in front of Yamaha Motor Europe’s bLU cRU Racing Manager, Alberto Barozzi. 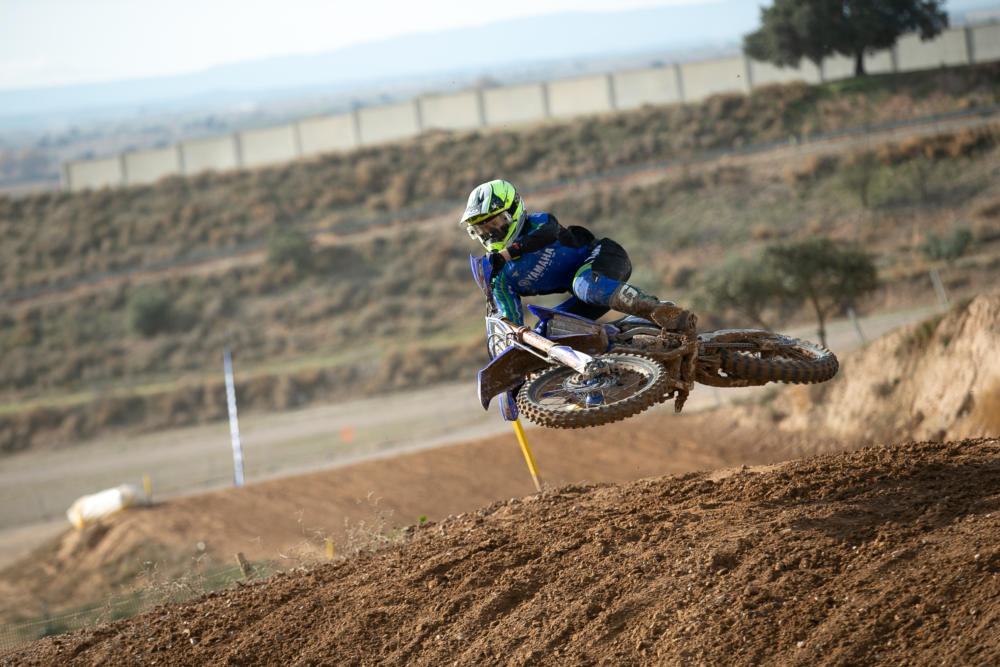 “The bLU cRU Masterclass was such an awesome chance for me to show what I can do. It was cool to be able to learn from Jeremy, Gautier and Jacky. I was talking with them and trying to take in everything they said. I really enjoyed it and afterwards, maybe two weeks later, I was still smiling and so happy about those two days. I was glad to be able to show what’s inside of me, what I’m capable of, so I’m happy they selected me as the winner.” 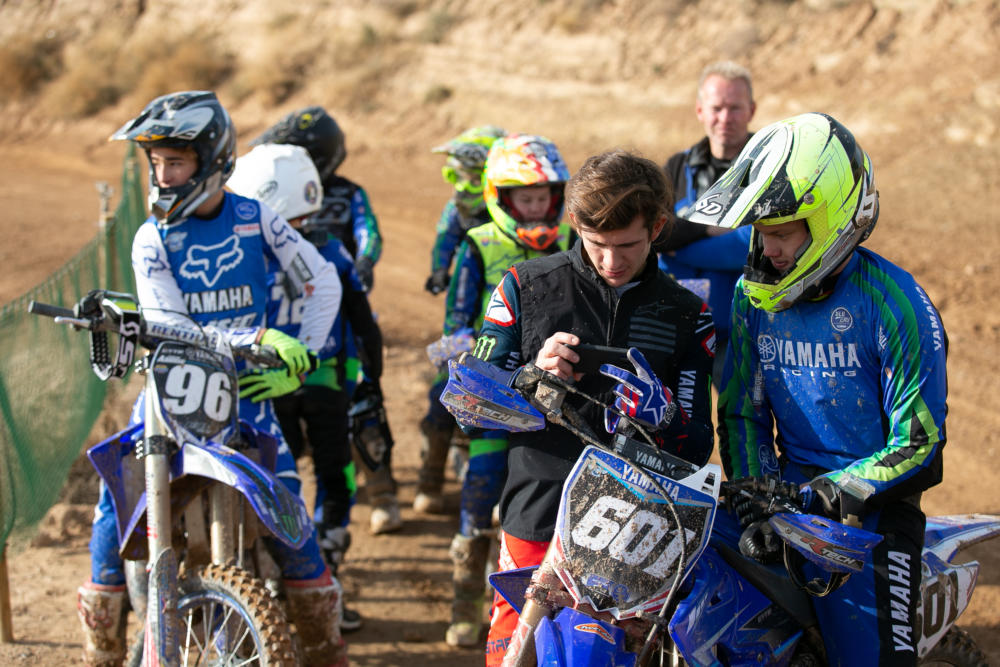 Now, with the help, guidance and professional training from the bLU cRU program, Pumpurs enjoyed an extended training schedule over the winter, in which he prepared for the eight-round EMX125 season on GYTR kitted YZ125 machinery. He joined the team in France, riding on several tracks including at the final pre-season international event, the Lacapelle Marival.

“Over the winter we’ve done a lot more than ever before,” Pumpurs explained. “We’ve had help from the team and the bLU cRU program, who have allowed me to travel to France and race on a variety of tracks. A lot of them are similar to those in the EMX125 championship, so it’s been really useful for me to get the practice in. We were able to concentrate more on the riding and physical side of things. It’s been a lot of hard work.

“I did the French international race in Lacapelle and felt it went pretty well. I got two third-place finishes to take the bronze overall. I managed to take a holeshot and second at the start and had a good battle with Liam Everts, who has had a bit more experience than me in the European championship. I enjoyed the experience and it helped me see where I was at ahead of the opening EMX125 race at Matterley Basin.” 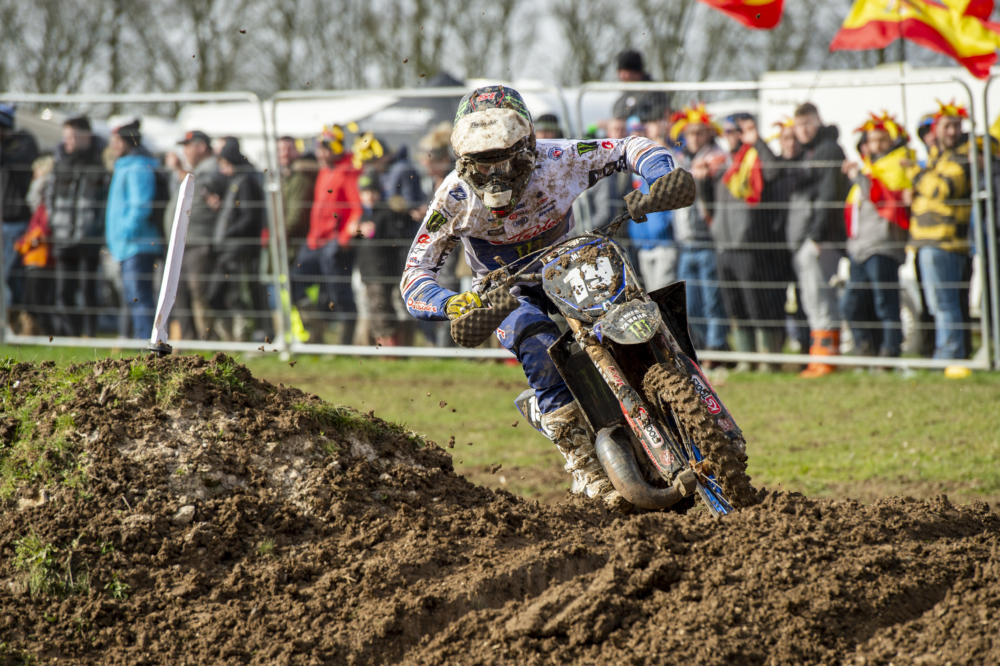 In support of the opening MXGP and MX2 rounds, the opening round of the EMX125 was the first opportunity for Pumpurs to see his progress with the bLU cRU training at the Masterclass and during the off-season. The Matterley Basin track was treacherous with torrential rain disrupting the timetable and meaning Pumpurs would only get one 25-minute session to get comfortable on the GYTR YZ125 at the British venue.

Time practice saw Pumpurs go 12th fastest, before the Latvian rode a strong opening race on the slippery track to finish 11th, backing that up with an equally impressive ride from 40th to finish 25th in race two.

“When we headed to the UK round, the heavy rain meant the organisers had to postpone everything. We were limited to just one session, which was time practice, so we really didn’t get much of a chance to learn about the track. I was quite happy with the lap and we showed the potential was there not only for this weekend, but for the races to come.

“In the race, the surface was even worse than in practice. It started to dry up, so the mud was sticky and in parts it became very slippery. I managed to stay on two wheels though and finish 11th, which I was very happy with. In race two I had a top 20 start but got unlucky when I hit my head pretty hard during a first lap crash. The first three laps were difficult, but I managed to ride quite well and climb back to 25th.

“The competition in EMX125 is very high. No doubt about it, the best form of training is when you’re racing. You can learn the most from riders around you and see what’s possible, but you have to remain focused. The bLU cRU know what it takes to get riders to the front, so I’m always learning at events and in between.”

For 2021, Pumpurs will step up to the EMX250 class due to his age, and with help from the bLU cRU coaches, has already been training on the YZ250F.

“Obviously, I’ll be stepping up to EMX250 next year, so I’ve made sure to get a fair amount of training in over the winter. It’s very good for the physical side and I’m learning to be smoother, which can also help me for the 125. We’re also looking at doing the EMX250 round in Kegums, Latvia, this year but the goal for 2021 is of course to do the full season. I feel that with the professional support from the bLU cRU, we have an exciting future.”

Due to the COVID-19 situation, Pumpurs has been back in Latvia, training in the gym and keeping physically fit, as he awaits updates on when he can return to competition. You can follow Pumpurs’ progress this season on yamaha-racing.com, and keep up to date through his Instagram.