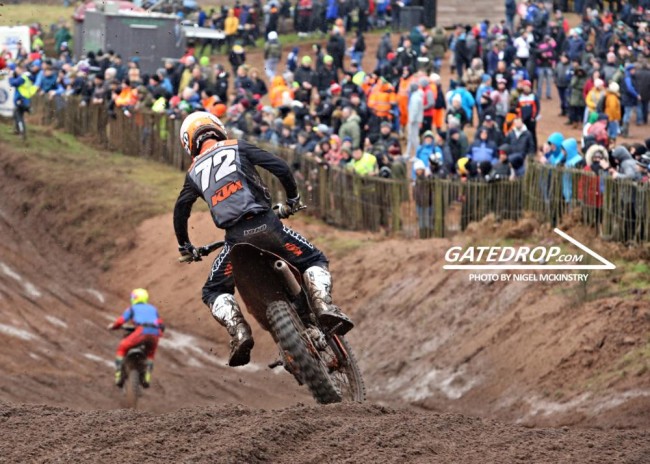 Liam Everts showed what he could do at Hawkstone Park in the 125 class with a stunning ride in race two to go from last to first in two pulsating laps! Everts had finished second in race one to home favourite Joel Rizzi, but race two was a masterclass in the mud from the 15 year old Belgian who showed brilliant bike control in the atrocious condition with an eye for an urgent pass.

Those intense first laps were followed up by calmly running away from a competitive field featuring some of his main EMX125 competition to take a dominating and memorable win. With the famous number 72 on his back and the technique to back up the weight of that historic number and surname, Liam announced that he was ready to be his own man and do his own winning built on the foundations of that brilliant technique Stefan was known for.

After that memorable performance we spoke to Liam about his brilliant win and forging his own path as his career really starts to get serious with the step into MX2 Grand Prix motocross fast approaching.

You had a good first moto to finish second, but I am not even sure what to say about that second moto – last to first in about two laps!

The first one was pretty good. I didn’t have good starts this weekend, I pulled through to fourth I think in the first moto form a bad start and then worked my way up toward the front (second), of course Rizzi was a bit far ahead but also my goggles ran out of roll-off and I chucked them off and eventually finished second which was alright for me.

The second moto I had another bad start, somebody went across the front of me and took me out, so the first turn I crashed and then I worked up my way up and the at the end of the first lap I was already in third or something, that was pretty cool! I picked off everyone and then just went and just rode my own race. I was happy, I enjoy riding in the mud, it was fun to do. 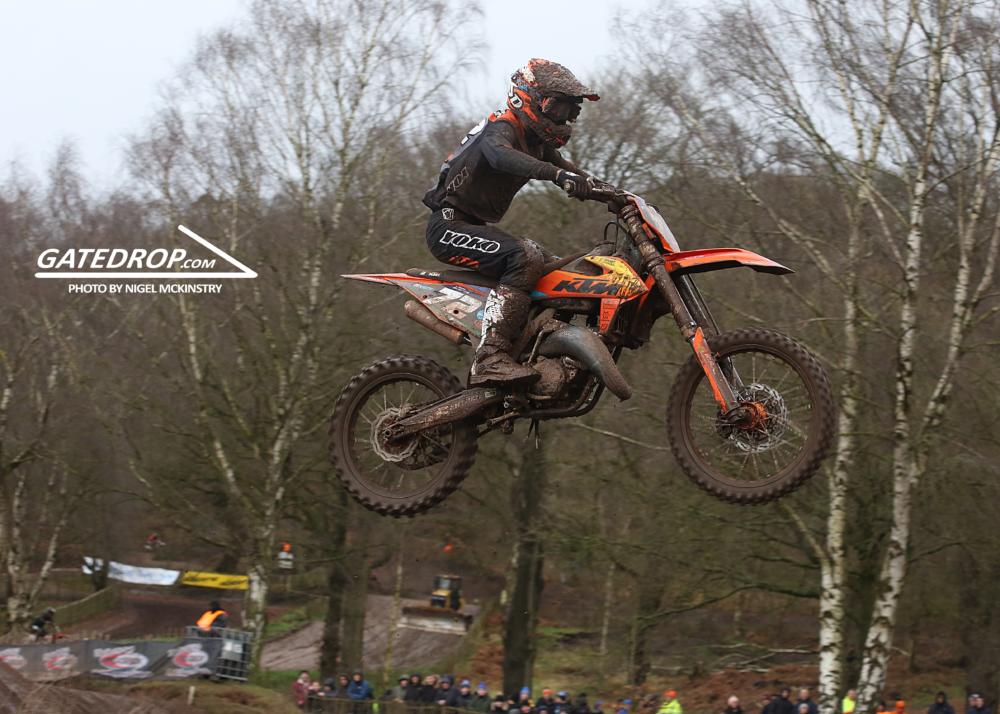 The first lap you weren’t wasting any time, you were going for your passes and you didn’t have any problem passing Rizzi that time…

I was just trying to get off the ground as soon as possible, when everybody is in a bunch it is easier to pass them! That was my goal and I was very quickly to the leaders again and Rizzi, I didn’t have any trouble. I think I passed him in the waves, made an outside pass, so it was nice.

In Ottobiano your starts weren’t ideal again, is that something you are looking to improve for EMX?

The first one was good just the second one wasn’t good there. Yeah, the start was a bit weird this weekend with the drop-off , but it was cool, I enjoyed it.

Is your goal for the EMX125 championship to win it? Or are you just looking to gain experience? 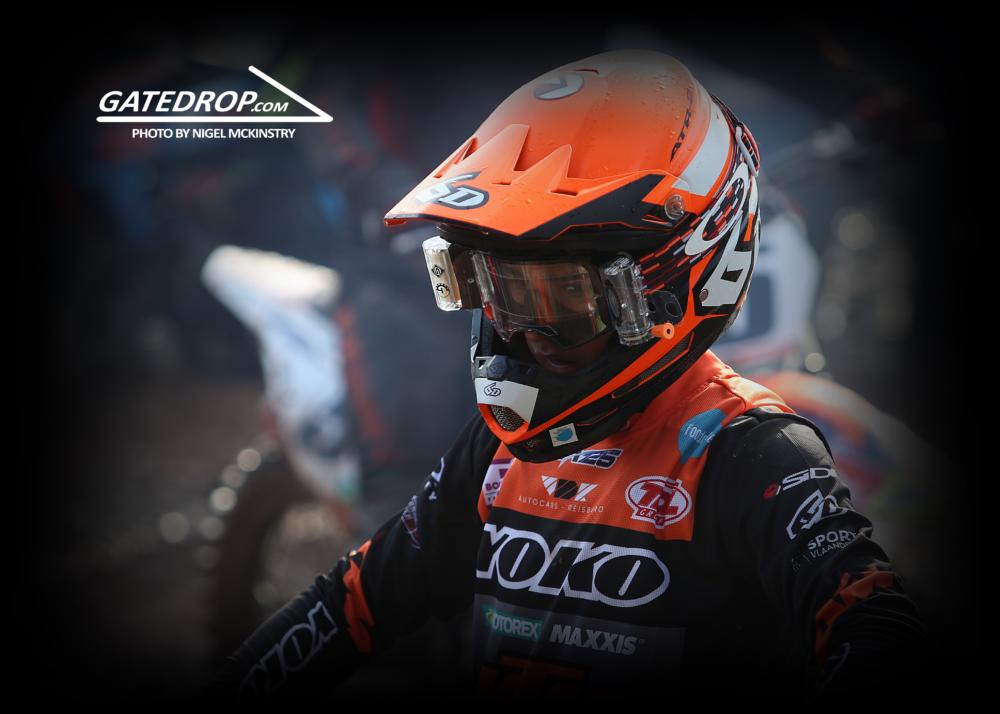 And the 250, how are you finding that bike? You are very smooth obviously – you are an Everts! That technique should be good for the 250?

You are the third generation of the Everts motocross family, do you feel that pressure or are you able to block that out? You rode really good today, your dad had raced and won here but it looked like you could ride as Liam and not thinking about the history?

Yeah, I had a lot of trouble with that before but this year, and last year as well I feel like I can put it aside. When the gate drops I can just ride like I did today and I’m very happy with what I did today. 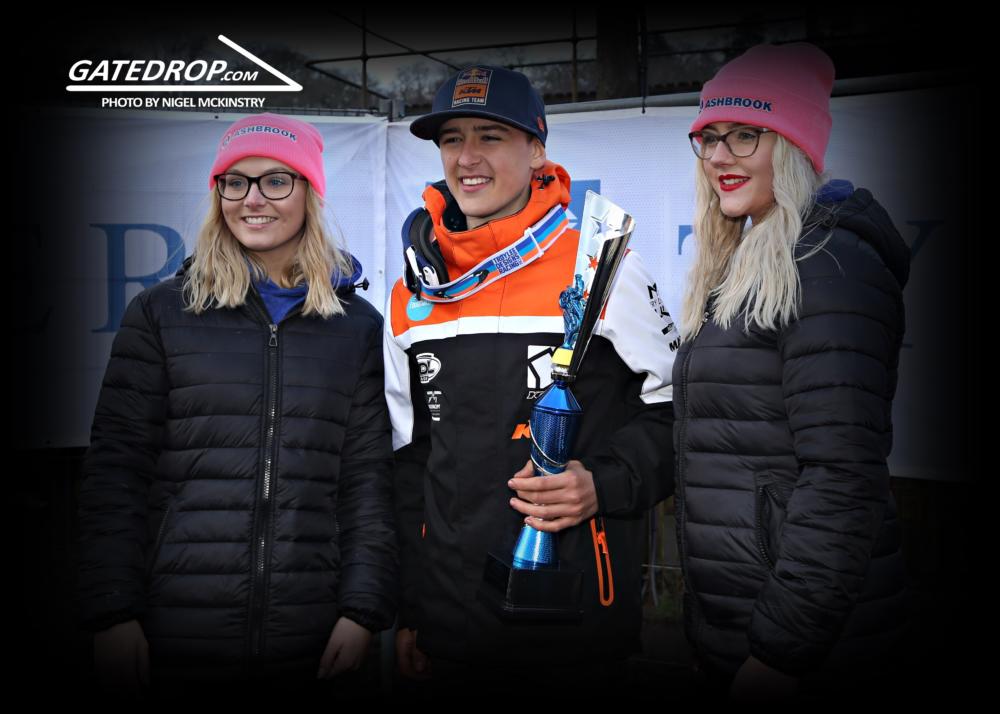 And Jett Lawrence, you were friends and riding with him a few years ago (on Suzuki) seeing how he has been going in America, I know you started racing later than he did, but does that inspire you?

Of course, he is really fast and he works hard for it and gets the results he should. He is a good guy and I had a lot of good times with him.