Interview: Jussi Vehvilainen reflects on his career and the sport in Finland 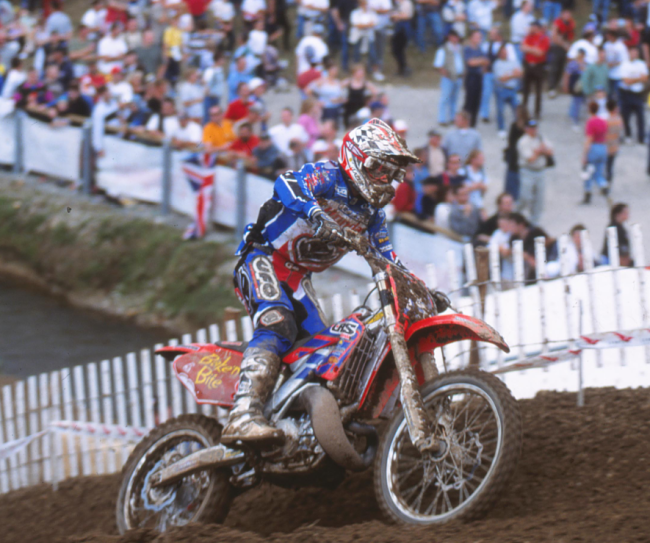 Jussi Vehvilainen is someone who has a lot of Motocross experience as he had a good GP career and was also a regular in the British Championship being with the CAS Honda team for five years.

After Vehvilainen decided to hang up his racing boots, he got into coaching and was also involved with Finland at the Motocross Des Nations as he had the role of being team manager.

We caught up with the likeable Finn to discuss his career and much more.

Gatedrop: Jussi, coming from Finland what was it like trying to make it in the Motocross world – what was the sport like in Finland at that time?

Vehvilainen: We need to go back a long way and this is more like my guessing, I believe the sport was doing well in the 80’s. Every year we had a GP or two and we used to have some great riders in that era too. I got more heavily involved in the mid 90’s and at that time, the sport was bit down, maybe because most of our top riders like Pekka Vehkonen retired at quite young age.

But it was still good times, many riders, lots of races and places to ride. It was possible to receive some good support from local market too. So, I think back in my up and coming days everything was really good for motocross over here. Also it was quite easy, at least cheaper than now, to go and gauge your speed at the GP races.

Gatedrop: In 2001 you had a  good year in the GP’s finishing eighth in the 250cc world championship – what are your memories from that season and where you happy with it? To get on the podium at Lierop must have felt amazing!

Vehvilainen: For the 2001 season I was really happy. I was able to step up my game from a point scorer to become a podium rider or at least a regular top-10 guy. The only let down I had was that I hurt my knee at Uddevalla without even crashing. That knee was bothering me quite a lot and I ended up going for surgery after the last British round. Lierop was great for sure!

Beginning of the season at Valkenswaard I scored already my first top-5 position, so I knew I had the speed in the sand. I was fit enough and my bike was really strong, so I was sort of expecting to do well there.

Gatedrop: You were on course to have an even better season in 2002 until injury meant you missed some rounds. How frustrating was that and were you happy with your riding that year?

Vehvilainen: Overall I was happy about that season and my riding, I think I was one step above again compare to previous season. But in 2002 we had some bike issues that slowed me down a bit and that season really started my injury campaign for rest of my career. I did hurt my shoulder and it never really got back to 100%. 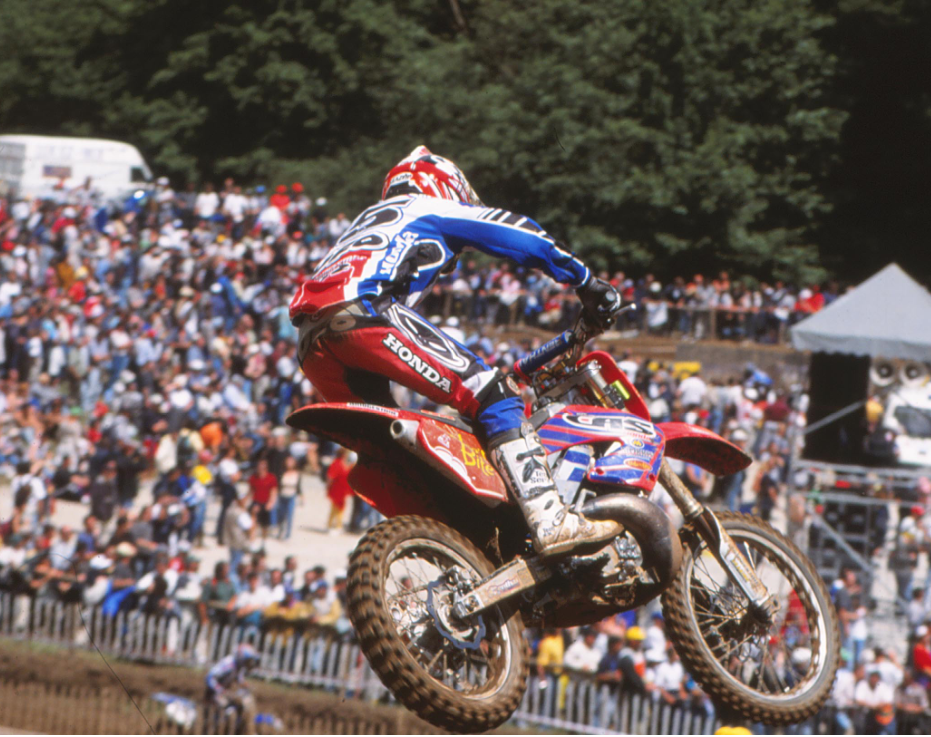 Gatedrop: You also raced the British Championship – was that a championship you enjoyed, you have plenty of podiums, what races stand out the most?

Vehvilainen: I loved the British series. I don’t know how is it now a days, but back in my days it was a great series. I would say, it was the best national series in Europe. My results were good too, in my second meeting ever at Lyng I was able to win a moto and little later at Culham I was able to score my first overall win. So, it started well for me and I scored a couple of overalls during the years and my best day was at Hawkstone in 2002 when I won all 3 motos.

Gatedrop: You spent a number of years with the CAS Racing team – how was it with the team?

Vehvilainen: I was with them 5 years, that tells you all, I had really good times there. Everything was in place like bikes, mechanics, facilities,  training, etc. For me the most important thing was that peoples involved were great and my good friends too. Harry and Neil always picked me up 100 %, even if I was struggling. Now I can really see how special it was! I got many life long friends from those years for sure.

Gatedrop: You had a number of fast team mates at CAS over the years, who did you learn the most from?

Vehvilainen: Yes, my team mates were always fast and really professional. I think I learned a lot from each of them, but for sure most of all from Gordon Crockard. For example, at the beginning of my first season in team, we went training to California for 6 weeks with Gordy. He was already a GP winner and riding with him taught me a lot. He was also a very open person and helped me a lot to get better.

Gatedrop: When it comes to tracks, what tracks were your favourite and did you always enjoy riding at?

Vehvilainen: In UK I did like most of the tracks and Hawkstone was my favourite, because I always did well there. If I remember rightly, the only track I didn’t like was Wakes Colne, every time I went there it was muddy, I got some other issues too and didn’t make the results.

Gatedrop: You’ve rode the Motocross Des Nations many times during your career – it’s quite remarkable but in 2002 and 2003 Finland finished third overall as a Nation. What are your memories from Zolder and Bellpuig?

Vehvilainen: I rode for team Finland 8 times. The first one was 1995 in Slovakia, I was 17 years old and was on 500cc, 2-stroke of course! Those two years, 2002 and 2003 were great for Finland and even 2004 we were really close to the podium too. Zolder was the highlight for sure as we got on the podium with Belgium and USA teams.

For me personally that was an important race, because some big injuries I missed all the 2003 season and it was great to get some results and good feelings before winter break. 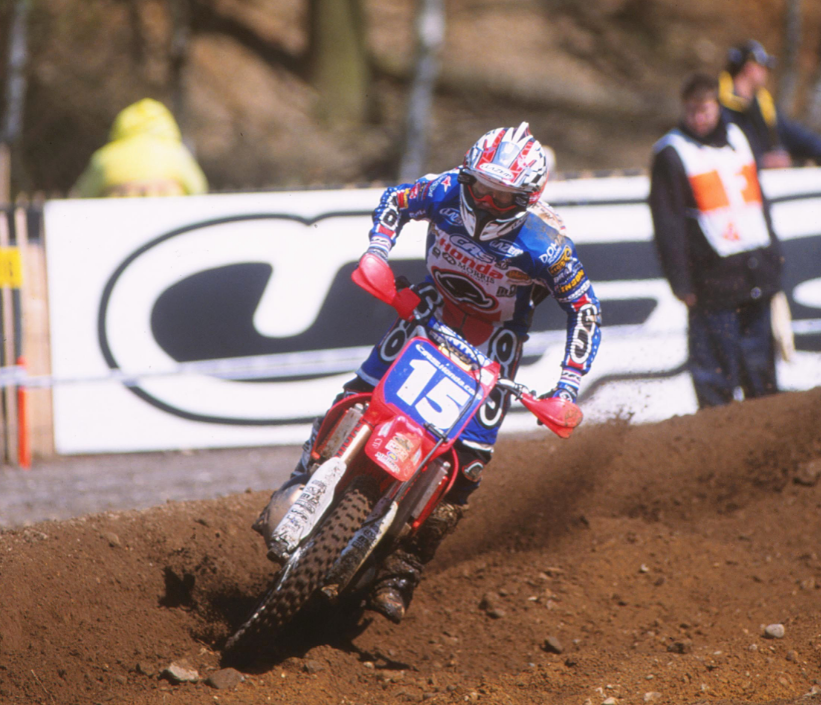 Gatedrop: After racing, you were involved with the Finish team at the Motocross Des Nations being the team manager. How was that experience for you?

Vehvilainen: At the beginning it was pretty nice as team riders were my ex rivals or guys I trained. Later, after the federation got tighter with the budget and Kullas went to represent Estonia we started to struggle to make it to the A-final. It’s lot of work and it took the satisfaction away. I just hope that our top riders could be healthy and put Finland back in to the main race again.

Gatedrop: I believe you do some coaching these days, what do you try to teach the riders you work with?

Vehvilainen: I do run two different things. For personal coaching I do have only a couple of riders and my main focus is on two 14 years old kids who I really believe could make the international break too. With these kids I do work a lot now, pretty much every time they ride I’m with them, I take care of their physical training side too and try to help them every way I can.

Another side of my program is to run schools for larger groups of all kind of riders, I mean from little kids to vet riders. In these schools we usually concentrate on basic riding techniques. Finland is very tall country and Motocross is based more in south. I’m from the centre part of Finland and I take my schools all the way to Lapland too. I believe it’s important to get more knowledge about riding everywhere in Finland. Even if you don’t care about the speed or results, with proper technique riding is way safer and more fun.

Gatedrop: What is the sport like in Finland these days?

Vehvilainen: I think the hobby riding in doing well, at least that’s how I see it, based on how many riders are taking part for my big schools. The pro racing side is way down, that’s the feeling I get when I see how empty the gates are. For the international level we need to get rid of the bad luck. I mean, we had a couple of young and promising riders but injuries hit them all big time. Some of these riders still have a chance to make the international break, but first they need to get healthy and then stay healthy.

Gatedrop: Do you follow the MXGP and MX2 World Championships? The level right now looks incredible!

Vehvilainen: Yes, I still follow the GP’s closely and enjoy to do so. You are very right there,  the level of racing is really high now. Especially in MXGP, it is fantastic and just to score points there is respected.