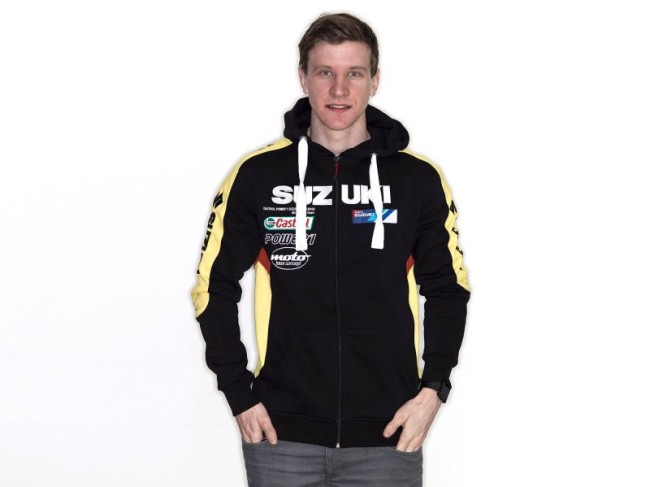 Jonathan Bengtsson is preparing for another crack at MXGP, but it will just be the European rounds for the Swede as he runs his out of his own team as a privateer.

Bengtsson had an injury hit 2018 that meant he didn’t get show what he really had on the world stage but he is hoping to put that right this year!

Tom Jacobs caught up with Jonathan to get his thoughts on the new year and his pre-season preparation while he competed at Belgian race in Lommel.

Jonathan, tell me what is the plan this year? European GPs?

Yeah the plan is to do the European rounds of the GPs one more year and then lets see what happens.

You are running your own team?

Yes,  I am running a private team,  I sign with Scandanavian racing sports, its another guy that manages the team but its my and my dad that runs it.

Are you going to do the Swedish championship back home?

No, no Swedish championship I am going to ride the ADAC in Germany.

What’s the goal this year?

The goal is to take points in every GP we go to and then do our best after that. in the ADAC we will just go to do as good as possible and then see where that takes us.

If you compare the level, if you are top 20 in MXGP then you are looking for top 5-6 in ADAC?

Yeah, I will aim for that but you never know in ADAC how many guys will come from the GPs, some races you can have ten from GPs and some five, so you never know.

How was your winter?

Yeah it was good. I was in Spain from January to February but I hit my hip a little bit and I had to take one and a half weeks off the bike but now we are coming back again. we have been training hard, I have been training with Max Nagl this year, we do all the training together, cycling, running and the bikes.

Did you do any of the Italian championship?

We did Ottobiano but in practice the week before Mantova I hit my hip and had to go home and rest a little bit and then come back again.

It’s a tough race out there because its not the same as a GP, the ruts and bumps are so different there’s not so much flow. It’s a special race.  I like to be on the bike in every condition so it’s good.

What did you learn form last year, that was your second season in GPs?

The year before we did some GPs and last year was the furst full season, already in Valkneswaard I got hit by another rider and broke my hip so all the winter training was gone just like that. then its struggling to come back its not so easy.

But it helps to do the full season not just a wild card?

Yeah it helps to do the full season because you learn the tracks, its a big change t come to a track at a GP even if you have been on it before.

Lommel, I live in Lommel so this is my favourite one. I like Lierop but it’s not on the calendar any more.

Yes but we are never  there because in Sweden I live in the south and that’s 300km from Uddevalla we only race there, my home track is Lommel!

You are the only Bengtsson now in GPs!

Yeah I don’t know if he (Filip) will do one or two races we will see, everyone thinks we are family but we are not.

I’m sure you are hoping to get to go to Assen this year for the MXoN!

It’s not my decision but we will see how the season goes and we will see if they take me there or not, I have never been on the team before maybe we will get the opportunity.