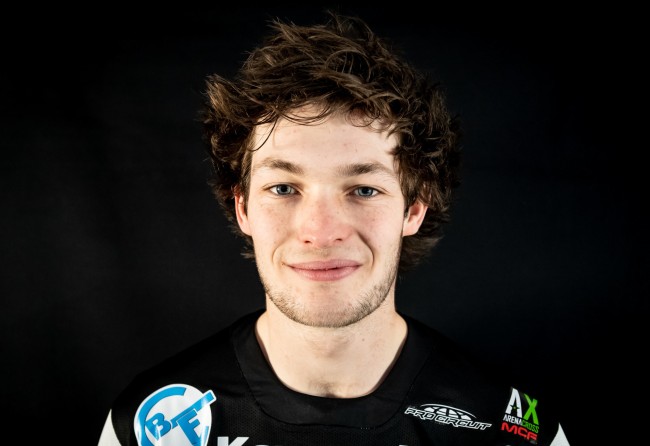 On Friday, the Arenacross UK Tour gets underway and one rider who should be much stronger this year is Team Green Kawasaki’s, Joe Clayton.

With the start of the series around the corner, we caught up with Clayton to get his thoughts for the series and much more.

Gatedrop: Joe, the Arenacross UK series kicks off at Belfast this weekend. What have you been doing to prepare and how’s it all been going?

Clayton: I have mainly been training at my home Wheeldon Farm which is great as it’s the only indoor track in the country and our weather has been so rubbish I think I’ve been out on my outdoor SX track twice all winter. It is going really well, we have made a few tweaks to some things like my suspension and engine with both making the new 2020 bike amazing.

Gatedrop: After plenty of success in the rookie class, last year was your first time racing in the pro class – how did you find it and where you happy with how it went?

Clayton: I wasn’t overly happy with it as obviously I wanted to be at the front but my starts let me down against the standard of riders and with the races so short you can’t let that happen.

Gatedrop: What would you say was the biggest difference between the rookie and pro class? What did you learn from the top riders in the class last year?

Clayton: I would probably say one of the big differences is the standard of riders throughout the whole class, every in the class is wanting to win and mainly doing it full time so. I learnt that you cannot miss a start or be lazy on the first lap as the ones at the front will be too far away at the end of the race.

Gatedrop: This is a busy time of the year for you as you seem to fully focus on Arenacross/Supercross, what is it you like so much about it and you must be looking forward to it kicking off now!

Clayton: Yes, I am really excited it is all starting again now, I have kind of had a steady year with a couple of little injuries that held me back from doing some riding but I am now fully fit and ready to go! I really like the intensity and how when you get a tricky section and you get through it real smooth you really feel like you’ve accomplished something and also looks cool.

Gatedrop: What are your expectations for the series this year now you have a years experience?

Clayton: Well, obviously I want to be there to win. If I didn’t think I had a chance of winning then I would’ve lost before I started. I think with what I gained from last years experience has helped me for motivation and knowing what to expect from the others.

Gatedrop: The line up looks really good – perhaps the strongest it’s ever been. Who do you see as being the contenders?

Clayton: Yes, the class does look like a good one this year. I would be silly if I didn’t say Soubeyras was a contender as he won it last year. But it is what happens on the night that counts so we will see.

Gatedrop: After Arenacross, have you got any other plans for the rest of the year?

Clayton: I don’t really have many plans yet. I think I will do some MX Nationals as I think it is a great, well run series with wicked tracks. But we will see how Arenacross UK goes and if it’s all good then I might try and race a couple of American East Coast SX races as I have always wanted to go race over there.

Gatedrop: Seeing Dylan Woodcock go to America and contesting Supercross rounds, would you ever consider doing that?

Clayton: Yes, I would love to and maybe even this year, but it is a little tricky as I need to fund it myself and then work out the best place to base myself that would be best for it.

Clayton: I would like to thank Ross and Jeff at Team Green kawasaki UK for making it all happen again this year and everything you guys do. Then I would like to thank all of my sponsors that have given me the best of everything to give me the best possible chance to win. Thank you:
Moto33 race suspension, DSC, Talon, CBF, City Brickwork, Pro Green, Muscle Doctor, Thor MX, Bell Helmets, Oakley riders UK, Race FX, CI Sport, Alpinestars, Guts, Dunlop, Renthal, Wheeldon Off-road Centre, Pro Circuit, Silkolene, Wayne Shimell, Whip riders.