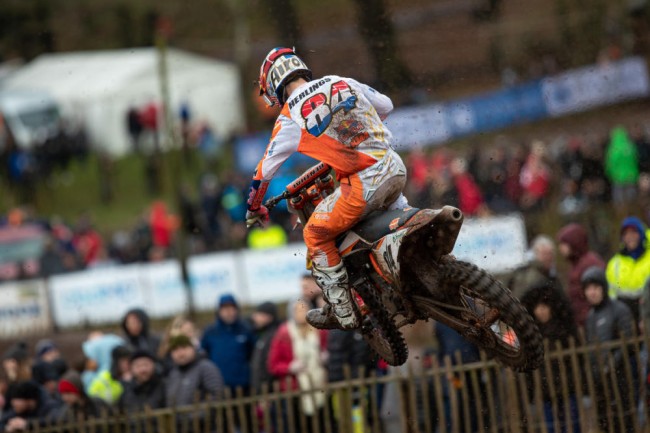 Jeffrey Herlings took the win at a wet Hawkstone International going 3-1 after a crash in race one ended his chances of winning both motos. But Herlings appears to be a new man this year with a new outlook, he didn’t go all out or take any risks on the treacherous circuit and appeared content to let Coldenhoff shadow him in race two, doing just what he needed to do to win.

We caught up with a happy Dutchman to get his take one day and his strategy going into the 2020 season that will see him go for his fifth world title.

Up and down day with the crash in race one but you powered back to third and it looked like you controlled race two for the win?

It was a good day, we were fastest in timed practice then went down in the start and had to come from dead last so managed to work my way up to third and was on the rear wheel of Glenn, but just couldn’t pass him so I got third in the first moto, then holeshot and won the second moto. It was good to start off with the overall win and I’m looking forward to the rest of the season.

You looked like you weren’t really pushing, is that how it felt to you?

Yeah, it was difficult to push it was like an Enduro. It was one-lined, muddy and difficult to pass especially when you have lapped riders and just one main line, some guys just didn’t want to move over when they got lapped. It was the best situation we could have made out of it with the rain throughout the weekend. 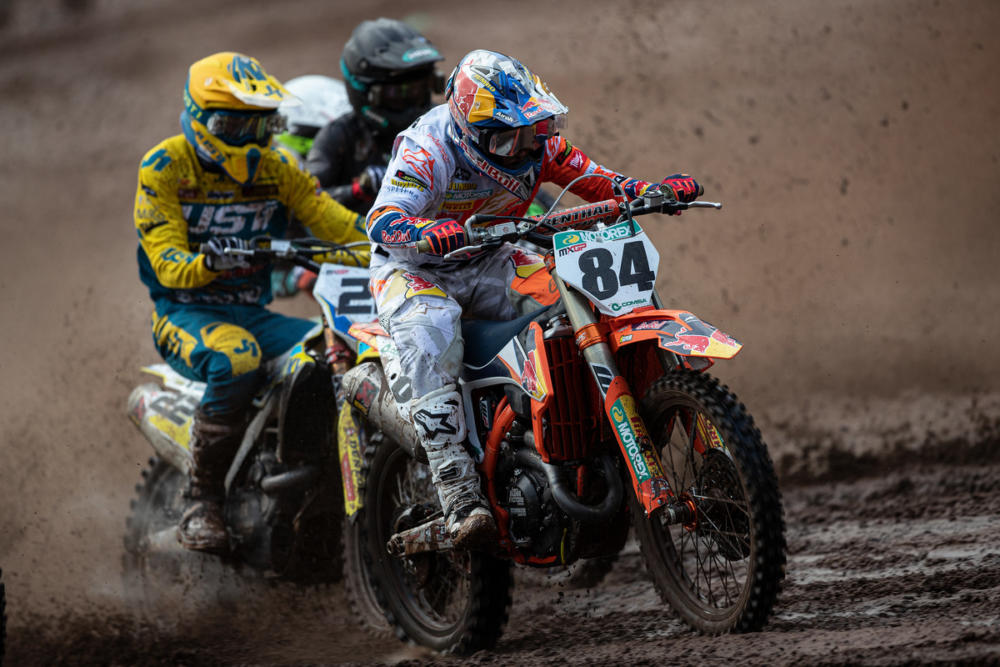 After all the winter preparation and all the practicing, even though the weather wasn’t ideal was it nice to race again?

Yeah it definitely is, it’s good to get a race under the belt and have the races start again. I have been practicing since the beginning of December so I have done more than two and a half months of practice, so to finally get to racing is good.

How are you feeling on the bike compared to 2018 when you were dominating, are you close to that level?

I don’t know, we need to do more racing before we can judge that. I don’t need to be that dominant as I was back in those days, I just want to try and fight for the championship and we will see where we end up. It’s going to be a long season and most important for me is to try and be at all 20 races, I haven’t succeeded in that for a few years in a row so that’s my goal this year and work from there.

Is that something you are changing mentally to do that?

I’m not consciously thinking about it but that first moto when I picked up my bike I started off slowly and didn’t go crazy or I might have crashed again. I just try to ride a bit more with the brain let’s say, and try to be a bit smarter, like I said, it’s important to be at all the races to win the championship. 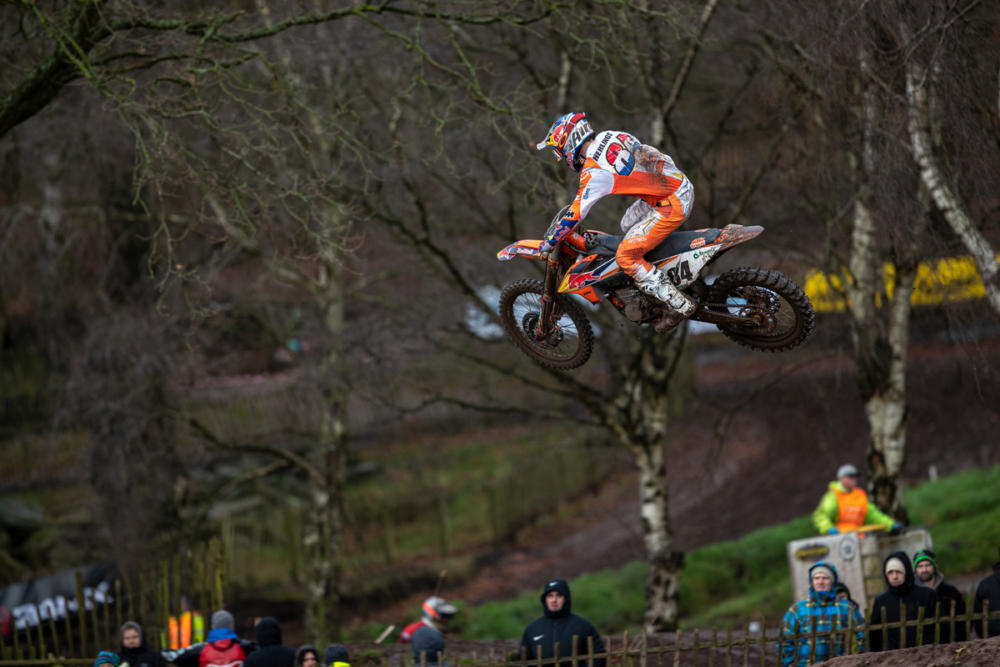 Gajser has been killing starts this pre-season, is that something you focus on, how the other guys are doing at this stage?

I haven’t really seen too much, I have definitely seen the results from Italy but I haven’t seen the races to really know what’s been going on there. We just look at our own strengths, our own bike and our own material with the Red Bull KTM race team. We did a good job throughout the winter and we have got a strong bike, if we have the best bike or not I don’t know, but we definitely have a competitive bike and with this bike, 100% sure we can win the championship.

I heard you weren’t going to ride as intensely this off-season, you have always ridden so much, is that something you have actually changed?

You know last year I obviously got the injury when I was really pushing hard and trying to be on the limit in practice every time, so now I took a little step back and spin my laps and try to make it to the season. We made it to the first pre-season race which didn’t happen last year but no, it’s good. We have had a good winter so far, I tried to work on my consistency and a lot of endurance training throughout the winter to try and get a good base. 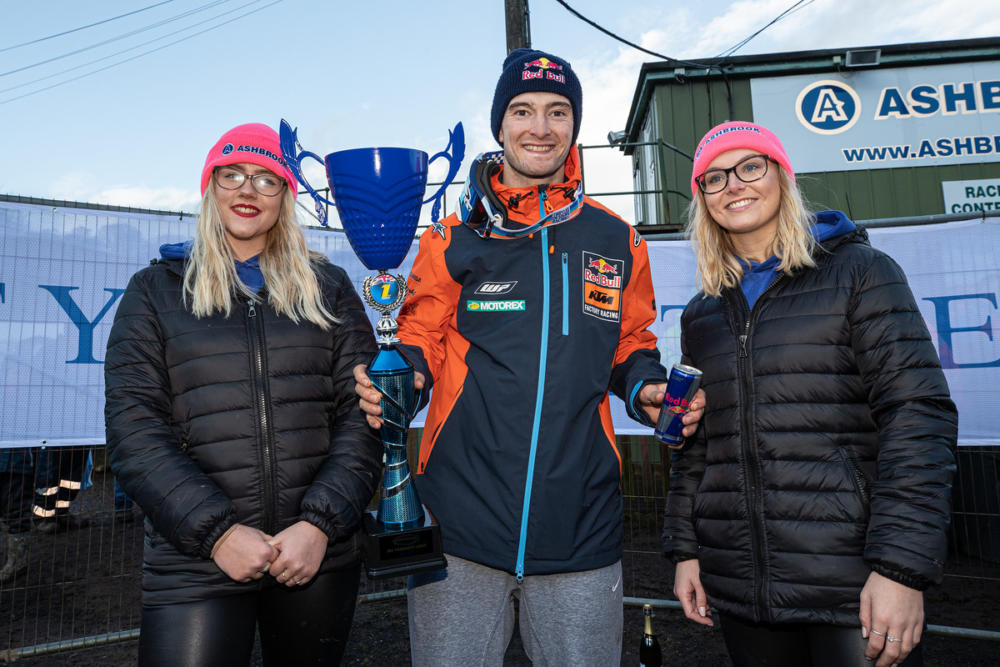 Just to get an insight into the mindset of an elite rider, when you go to Matterley Basin (round one of the world championship) when the lap times start coming in from practice and the results from the qualifying race, are you looking at what the likes of Cairoli and Gajser are doing or are you just trying not to compare yourself too much?

Definitely you are always looking at the guys a bit but I try to work on my own strengths and not be too busy with the other guys. That’s the main goal to focus on, getting the best riding out of myself. There are plenty of guys that can win the races but there are only a few that can really fight for the championship, definitely the guys you just mentioned, Tony and Gajser, there are some of the guys that can fight for the title.

Like I said, it’s important to be there at all 20 races, be there every weekend and be on the podium as much as possible and I think that will be close to the championship anyhow. It’s going to be a long season and many things can happen, so just try to be smart.