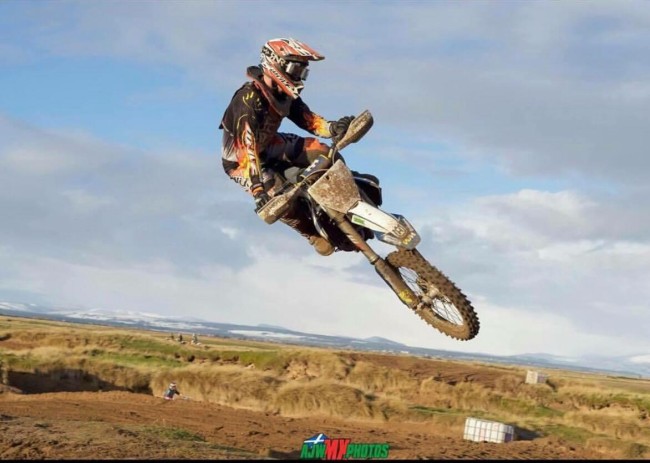 At the beginning of the 2018, Jay Lamb had announced he’d decided to hang up his Motocross boots after a big injury.

The young Scot then made the decision to move over to Australia and has been there for over a year now.  Lamb has revealed to us that he will go back racing Motocross next year.

Despite such a big injury, Lamb is still only 22 and the time off from the sport has done him the world of good but now he’s ready to race again.

For the season ahead, Lamb will contest the Australian MX National series and hope for some good results.

We caught up with Lamb to discuss the decision behind racing again and much more.

Gatedrop: Jay, you’ve lived in Australia for nearly a year now. How’s life treating you over there and what are you up too?

Jay Lamb: Yeah, me and Carmen both moved over here in December 2018. We love it, the weather makes all the difference. We done a bit of travelling for the first few months and just enjoyed life. I’ve been doing a bit of surfing, well attempting to surf (laughs).

Gatedrop: How’s the motocross world compare in Australia compared to the UK? It must be pretty cool to see factory teams in the paddock.

Jay Lamb: It is very similar to the UK and it is very cool to see the teams ect in the paddock. But I haven’t seen much of it to be honest as I have only been to see two events at the moment.

Gatedrop: It wasn’t long ago you announced you’re retirement from the sport, can you remind everyone why you made that decision and why you’re going to make a comeback in 2020?

Jay Lamb: Yeah, I decided to retire at the beginning of the 2018 season, I had a big crash during winter training. I broke my shoulder, shoulder blade, dislocated my shoulder, broke 3 ribs, ligament in my knee and a hematoma in my femur along with pretty serious concussion. To me this injury was it and I had enough. The money, myself and my family put in for it to be over before we even got started. But I forgotten all about that crash and it’s in the past now. I have decided to return because I feel like I have so much more to give and haven’t reached nearly the amount of goals that I feel like I can reach. I’m still only 22 and this time off has done me a world of good.

Gatedrop: You’ll be racing the Aussie Nationals, have you been to many of them as a spectator and what’s your thoughts on the series?

Jay Lamb: Yeah I haven’t been to the Nationals yet my first visit to one will be the first round next season where I will be on the gate. I did go watch the Manjimup 15000 event and what a cool event that is, a lot of short races and shoot outs, it is definitely on the calendar for the 2020 season also.

Gatedrop: What kind of machinery will you run and will get get any support?

Jay Lamb: I will be running YZ450F and I have been given a bit of support through Yamaha Australia on the bike but my main support will be my local dealership – City coast motorcycles. They’ve been good to help me get back into the swing of things. But other than that I have put every penny I have into getting me back on the track and I’m hoping it pays off.

Gatedrop: It’s a tough series but what’s your expectations for 2020?

Jay Lamb: Yeah it is a very tough series and I’m not too sure what to expect to be honest but I’m hoping for some good enough results to get a full time ride, that is my main goal. I would love to race full time and show people my full potential if I get the bike time and the training. I know it will be hard for me to work full time, travel up and down the country and still perform at my best. But I’m willing to give it a go.

Gatedrop: Have you done much riding lately and when will your prep start for the season ahead?

Jay Lamb: I haven’t rode much since being in Australia but my bike should be here end of October and that gives me enough time to get back to where I need to be before the season starts.

Gatedrop: Do you see yourself in Australia for the rest of your life or will you make a move back to Scotland someday?

Jay Lamb: That’s a tough one, I really love the lifestyle the Aussies live and the weather but it’s still early days and all our family is back in Scotland so we aren’t too sure yet.

Gatedrop: Anyone to thank and anything you’d like to add?

Jay Lamb: Yeah, I would just like to say a massive thank you to Carmen (my girlfriend) she makes sure I’m eating right and is always pushing me to my best. She believes that I can achieve my goals and supports me all the way. Also my family, (as much as they probably don’t want me racing over here) I know they are behind me all the way.