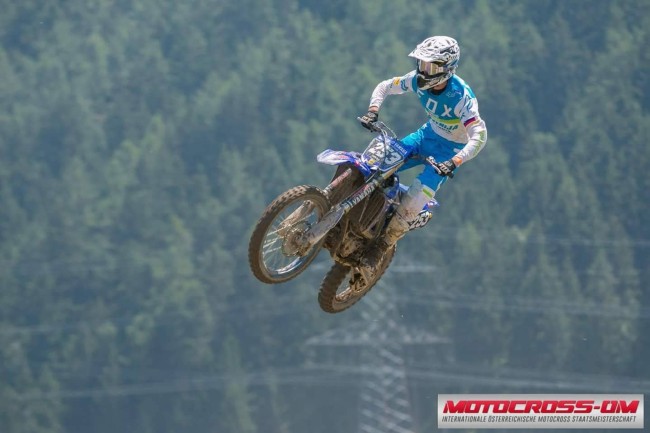 Young Slovenian rider, Jan Pancar has improved a lot this year racing in the MX2 World Championship. Imola was a great GP for Pancar as he broke into the top ten in a moto for the first time, on privateer equipment – impressive.

Pancar will be hoping to have a solid winter and then go into 2020 chasing even better results. He’ll be hoping to get more support next year as well which could make the difference.

We caught up with Pancar to discuss a range of topics.

Gatedrop: Jan, you’ve really stepped up and improved your riding lately, what would you put that down too?

Gatedrop: In the first moto at Imola, you finished tenth and passed some good riders. You must have been pleased with that moto and did you surprise yourself?

Jan Pancar: I was a little bit surprised but deep down I knew I could do it.

Gatedrop: You still need to put two good moto’s together, what do you think you need to improve to be able to do that?

Jan Pancar: Mainly I need to work on good starts and being more aggressive in the first 10 minutes because after that point I don’t have a problem to keep my tempo.

Gatedrop: You’re a privateer in MX2, just how difficult is it competing with the factory bikes?

Jan Pancar: I think there is 1-2 second difference between my bike and factory bikes and for sure on the starts, but I think that even with a privateer bike that you can ride top 10 no problem.

Gatedrop: Are you hoping that you might be able to secure a ride in 2020 with some of your recent top rides?

Jan Pancar: Yes, I hope so. I would be happy with half-factory support.

Gatedrop: Some people probably think you’d be better off racing the EMX250 series instead of MX2 but why do you think you’re benefiting more from racing MX2?

Jan Pancar: Mainly because you ride three times on Saturday and three times on a Sunday (but in EMX250 there is a lot less riding time) and this is where I can learn, because we don’t have difficult tracks or races in Slovenia.

Gatedrop: You’ve raced the MX2 World Championships a few seasons now. How does the level this year compared to the past few years?

Jan Pancar: Actually this my first proper year in MX2 so we will see how next year will go

Gatedrop: You’ve been selected to ride the MXoN at Assen for Slovenia, you must be looking forward to that and what’s your expectations individually and as a nation?

Jan Pancar: Yes, I am really looking forward to it, the main goal is just to get in the A final and then we will see. The goal in the A final is to ride the best I can and learn something from it.

Gatedrop: Bogomir Gajser is the team manager, what’s he like to work with? I’ve heard he’s pretty intense!

Jan Pancar: He is intense but it’s good at the same time.

Gatedrop: Anyone to thank and anything you’d like to add?

Jan Pancar: I would like to thanks my family and all sponsors who made this season possible: TEM Čatež, Yamaha Delta Team Krško, Transport Rok Miklič, Vulkanizerstvo Boštjan Vovk – dunlop, Akrapovič, PT_Logistika, kovačičtransport, kastim.