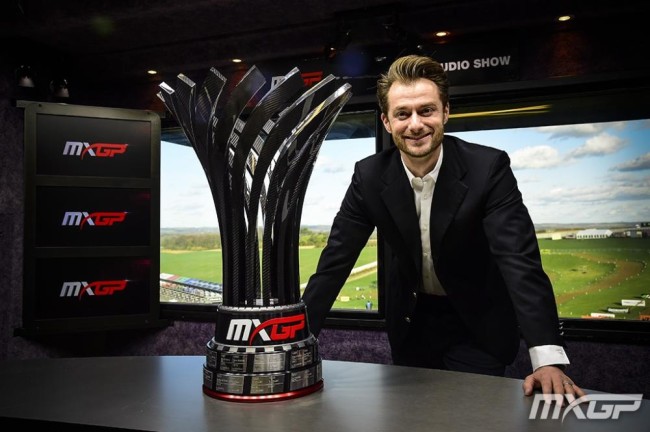 Last week Infront Moto Racing released the latest MXGP 2020 calendar which should hopefully see racing resume in Russia during the first weekend of August. At the moment there’s plans for a race every weekend until the end of November but it still depends on the COVID-19 pandemic.

We caught up with the Infront Moto Racing CEO, David Luongo who was kind enough to take the time to answer some questions regarding the 2020 calendar and MXoN changes for this year – the event is likely to allow World Championship points.

Gatedrop: David, it’s a difficult time for everyone but by working with many different organisations etc, it looks like the GP season can be saved – are you happy with how everyone has been able to work together during this tough time?

Luongo: I am very happy that all the Motocross family stayed united in a very difficult moment, probably the most challenging time since the Second World War. All the different organizers are spending a huge energy to save their Grand Prix together with their federations. We are in contact with all of them to support them and to integrate the guidelines of their governments to define the best plan to start again the championship.

Gatedrop: It sounds as though when we do get back to racing that the EMX/WMX will take place on the Saturday with MXGP and MX2 taking place on Sunday. What’s the reason for this? Is it to help limit the riders at the track?

Luongo: We proposed to FIM the change of the regulation regarding the 2020 season to allow the teams to be more comfortable with the schedule of the races. If we start in August, the rhythm of travelling and racing will be intense as we may have Grand Prix every week and this temporary change in the regulations will give more time to the teams, mechanics to work on the bikes between 2 Grand Prix. On the other hand, we will provide action also on Saturday with the EMX and WMX racing. This proposal has to be discussed with FIM and will be valid only for 2020 season.

Gatedrop: When things get back to normal (hopefully 2021) will we go back to the normal schedule of GP riders riding on Saturday and having a qualifying race? I think that’s needed to draw fans on Saturday but due to the circumstances it’s a good work around this year.

Luongo: As you said, the Saturday program is very important for the Grand Prix because the MX fans come to watch also the MX2 and MXGP riders who are the stars of our sport. The fact to have the qualification races on Saturday showed an increase of the number of people attending to the GP and the Saturday races are live on MXGP-TV.com which increase also the coverage of the Grand Prix. A big part of the spectators has the habit to come from Friday, to stay in the camping and enjoy the full weekend of racing and we want to keep this tradition. This proposal would be considered for 2020 only, as we are facing very unusual circumstances. The EMX and WMX races will all be live on MXGP-TV as usual and the MX2/MXGP program will take place on Sunday only.

Gatedrop: How likely is it that the first few GP’s back, will have fans? Are you prepared to run some rounds without fans or only a certain number of spectators?

Luongo: It is very difficult to imagine MXGP running without fans. The business model of the Grand Prix for the organizer depends massively on the ticketing. MXGP is a very popular sport but cannot depend only on the TV rights revenues like football. Our priority is to organize event with spectators and it is still too early to understand what will be the situation in August. For what we understand since the last days, the situation looks like to be better and better and the European countries should reopen their borders during June. We still have more than 2 months to be in August. But the target is definitively to go for races with spectators.

Gatedrop: There’s talk about the MXoN having World Championship points on the line – how are you thinking this would work? Let’s say Slovenia don’t qualify, Gajser has a problem. Would it be possible to perhaps run a GP on the Saturday and then the MXoN on the Sunday? Has that been considered?

Luongo: We suggest to FIM to make some modification to the regulations for MXoN for the 2020 season to be able to distribute points for the MXGP and MX2 World Championship. We will put in place a system of wild cards to give the possibility to the top riders that are not selected by their countries to take part to the event. For the particular case you mentioned above we are looking at a specific regulation to be able to bring the top riders to the Sunday’s race. But it is too early to go deeper into the technical regulations as we are still working on them with FIM.

Gatedrop: Everyone seems to be worried that there will be racing every week from August to November, however, how likely is that to happen? Perhaps there will only be another 10-12 GP’s despite the latest calendar?

Luongo: You know from the very beginning we are evaluating all the scenarios possible to deliver the best MXGP Championship. We are taking into consideration the difficulties we will face to go from one country to an other. We managed to move and postponed more that 11 GPs later during the season which is quite exceptional and I want to thank all the different organizers for their energy and conviction. The last announcement of the calendar keeps the same line. We should start again in August because we want to win time and to be able to fix as many GP possible. For sure, everything will depend on the upcoming decisions from the government to authorize sport events and to authorize the travelling inside Europe and outside of Europe. By making a decent Championship we will be able to support and probably save more than 3,000 jobs that are related directly or indirectly to paddock (teams, riders, journalists, organizers, partners…) and also the economy generated by a Grand Prix in a region. It is still too early to know exactly how many GP will take place during 2020, but we will fight for all of them.

Gatedrop: There’s been some talk about a venue getting two GP’s – could this still happen? For example Lommel could have one round then a week later another round but some changes to the track?

Luongo: This solution has been considered too, but will remain as a back-up plan for the moment as we are still confident to have a good number of Grand Prix. But for sure it may change if the situation is getting worse. Once again, we will know a bit more about the future in June/July.

Gatedrop: It’s a tough time to be running a GP team, due to this is it likely the fly away races could be cut down?

Luongo: We have a contract with all the organizers and we need to respect such contracts. If there are no reason pushed by the restrictions of sports events or the fact of traveling safely to such venues, we don’t see reason to cancel those races. They are also part of the whole economy of the MXGP World Championship and contribute to the fact the championship is so popular. On top of that we have to be very careful to not use this situation as an excuse for some teams to drastically reduce the salaries of their riders and/or mechanics.

Gatedrop: Looking back at the first two GP’s – wow! The racing was great, and the level is high. You must be happy with how things were looking?

Luongo: We are very happy with the quality of MXGP and MX2 World Championship. We reached the last years a level of speed on MXGP that is unique. The podium of Matterley Basin was showing 16 World Titles between Cairoli, Gajser and Herlings. Every year, we have new talented rookies that are coming from MX2 to bring the level higher and push the top gun to new limits. MX2 will also be more open than ever. Last but not least, the racing in EMX125cc and EMX250cc are also always very exciting and are showing the stars of tomorrow. The motocross’s pyramid of talents is working well.