Interview: Calvin Vlaanderen on his progress and return to racing at Arnhem

The start of the MXGP World Championship in February came a bit too early for MXGP rookie, Calvin Vlaanderen. After securing a late deal with Gebben Van Venrooy Yamaha Racing and then picking up an injury, it wasn’t an easy start to the season not being 100% fit and especially in such a stacked MXGP field.

However, Vlaanderen got back to racing at the weekend at the Arnhem International, the break looks to have done him the world of good and looks much more comfortable. A bad start in the first moto hurt him but he fought through to a solid eighth. In the second moto, he got a much better start and was in the top five before a crash demoted him to sixth, but he can be happy about his race pace.

Dutch journalist, Tim Gerth from Motorsport.com caught up with Vlaanderen after the race and was kind enough to send us over the interview.

Gerth: You looked a completely different rider here at Arnhem compared to the opening two GP’s – what’s the big differences for you?

Vlaanderen: Probably just time on the bike. I’ve had quite a good few months training and working hard. We made some changes to the bike and I feel really comfortable and that’s a big thing for me. I’m feeling really in control of the bike and I knew before that I already had the speed. I just didn’t feel too comfortable on the bike and now we fixed the problem and I feel super good. I think it shows with my riding, I just feel free on the bike. Time and confidence – I think that’s been the biggest thing for me and just putting in the laps.

Gerth: You had a bad start in moto one but in terms of pace you were probably top five today..

Vlaanderen: I think so. Somewhere around that, I was up there. In the second moto I was following the top four guys up front quite comfortable. I was actually trying to save energy towards the end but actually I should have pushed to try and make passes because I feel like I could have. Anyway, I’ll take this experience into the next races, this is just training anyway for me for the GP’s. I feel good and I am happy about today. 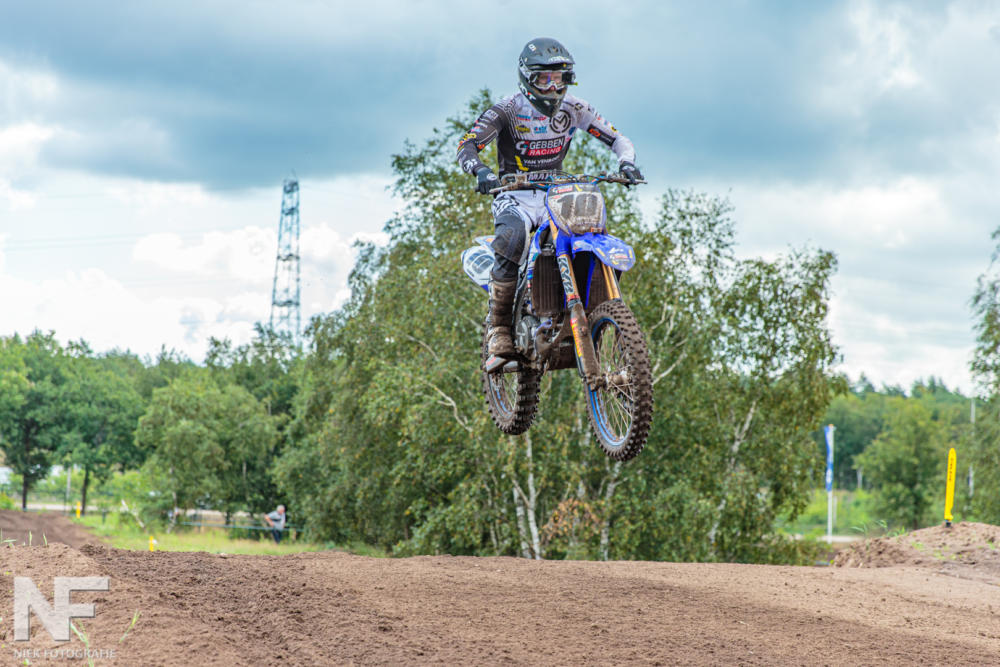 Gerth: What happened you towards the end of the second moto, you dropped back quite a bit?

Vlaanderen: I made a small crash when I was behind Arminas (Jasikonis) and then Jeremy (Van Horebeek) passed me. I was comfortable there (in the top five) but then I went down, at the end I was trying to catch Jeremy and I was coming a little bit. I just didn’t have enough time to get the pass done but it’s nice to see were I’m at compared to the other guys. For me it’s my first season in this class and just to get the experience for the next year is awesome for me so I’m happy.

Vlaanderen: It’s all good. The break for me was good because you get all the niggles and little pains you have, you have a few weeks off and you’re ready to work on those things. The first 2-3 weeks I really took the time to heal my knee, my ankle, my finger – I had pain. Everybody has small little things and it was nice to get that away. Now I’m 100% fit and ready to start the championship now.

Gerth: Due to the injuries and lack of bad time the MXGP championship hasn’t really started for you yet..

Vlaanderen: Yeah, England was a disaster and at Valkenswaard we had two DNF’s. We kind of not forget about it but we move on and look forward to Latvia in a few weeks and the start of the new season.