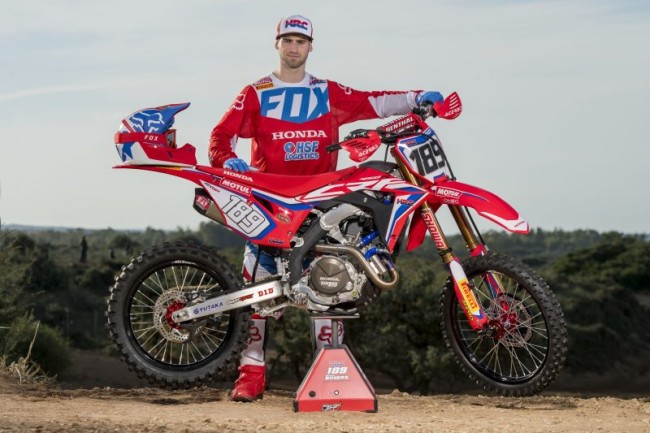 The 2018 season was supposed to be Brian Bogers rookie season in the MXGP World Championship but an injury had other ideas. Unfortunately, Bogers could only contest a few rounds of the series at the end of the season so couldn’t show his full potential.

The Dutch talent has now had a full winter preparation and is ready for the 2019 MXGP World Championship which gets underway this weekend.

MXActive  caught up with Bogers and were kind enough to send us the interview.

How did your preseason go?

Brian Bogers: I am happy with the progress of the preseason and the training program I followed this winter. I feel that I am ready for the first round in Argentina this weekend. I am looking forward to returning here, because I missed last year because of my injury. But fortunately I am fit and healthy this year and I hope for good results. It feels good to be back in the MXGP with the whole team.

Will you ride the full Dutch Masters of Motocross championship?

Brian Bogers: Yes, if everything goes according to plan then I will ride the full Dutch Masters of Motocross this year.

What else is on the program this year?

Brian Bogers: Besides the Dutch Masters of Motocross I will ride the entire 19 races for the World Championship motocross in the MXGP class.

What are your expectations of the Dutch Masters of Motocross?

Brian Bogers: The races are a nice change and addition to the World Championship motocross. I expect that top three results will be successful.

What do you think about the opening of Dutch Masters in Axel?

Brian Bogers: I am really looking forward to it. Axel is a top job, also for the public. It is a very clear circuit that allows you to oversee a very large part of the circuit.

Brian Bogers: A chef will never let you know the secrets of his recipe.

What changes are there in relation from 2018?

Brian Bogers: The biggest change compared to a year ago is that I can now just walk around instead of lying in bed with a plaster leg (laughs). Furthermore, I have the same team and the same people around me that I feel very familiar with.

Brian Bogers: In the first place an injury-free season, and that I am in the top 10 of the MXGP World Championship.

Who would you like to thank prior to the season?

Brian Bogers: Of course the HRC Honda Team for the trust in me, of course my family and my girlfriend and all my sponsors.