Interview: Brent van Doninck on moving up to the 450cc and not being a full time GP rider in 2020 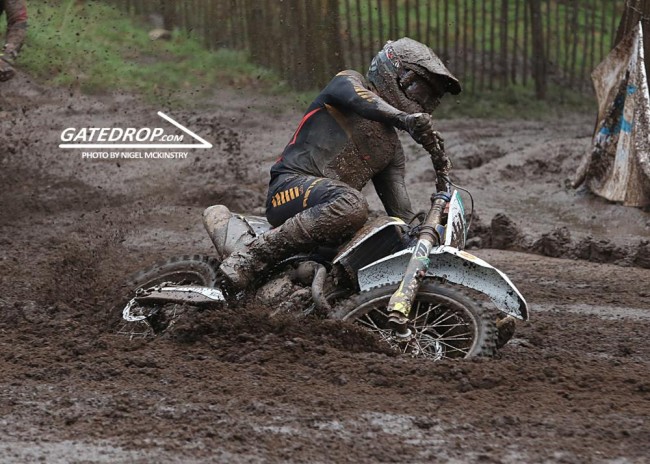 Since a very young age Brent van Doninck has been a regular in the GP paddock whether it in the EMX championships or the MX2 World Championship. The year ahead will be all change for the Belgian as after signing with the ASA United Husqvarna team, his main focus will be on the British Championship and the plan is to only contest three MXGP rounds as of right now.

There’s no doubt that van Doninck has bags of talent and he looks like he’s made for the 450cc, he’ll be hoping to have a good year to secure an MXGP ride again in the footage.

We caught up with van Doninck to discuss a range of topics after a wet Hawkstone International but he still impressed finishing fourth in the second moto.

Gatedrop: Brent, Hawkstone International, this isn’t a race we typically see you at.

van Doninck: Yeah I have done it before though. I think it was in 2013 or something like that. I’ve done it once and it wasn’t a mudder like this weekend.

Gatedrop: What was the track out there like with all the rain?

van Doninck: It was really bad. It’s been a long time since I’ve done a mud race like this to be honest. In the first moto I was soaking wet, I needed to pull in and change the googles. I was in tenth, then when I went into change the goggles, I lost like five positions I think so I was a bit disappointed about the first moto.  I had a really good start in the second moto, I think I was around fifth coming out of the first turn and I was able to get into third quickly, on the first lap I think. I was feeling comfortable behind Glenn (Coldenhoff) and then I got stuck in the mud.  Glenn tried to take another line, another rut and I was following him, the line was worse, it was so bad. I got stuck, had to step off the bike, click it into first gear and held it wide open just to get out (laughs). Luckily I got out and I had a small gap behind me so only Shaun (Simpson) passed me. I picked up my rhythm again and came close to Shaun again at the end but finished fourth. That was good and I’m happy about that.

Gatedrop: How has your pre-season been going? I see you’ve been at Redsand and how do you feel on the 450cc? Being a bigger guy is it nice being able to use the power off the bike instead of having to push really hard?

van Doninck: I was only one week in Spain and the rest of it I’ve spent my time in Belgium, especially in Grevenbroich (Germany). Like you say, I do feel better on the 450cc because I’m quite a big guy, I’m like 84 kilo’s, last year I was a little bit lighter but with moving to the 450cc I’m a bit heavier and more muscular. I feel good, I do feel that this is more my class. I hope that I can show some good things this year so I can get a fulltime GP ride again next year.

Gatedrop: In that second moto today, did you maybe surprise yourself a little? Coming into the first race no one really knows where they are but did you expect that?

van Doninck: To be honest I wasn’t really surprised. I’ve felt fast in practice already and when I saw other good GP riders at the track at home, I could see that I was riding the same lap times and I was doing good. I mean it was nice to follow Glenn for a few laps, it is a big step for me but this race, you can’t really take much from it. It’s a special race, you know, maybe I won’t do as good at the next race. You really needed a good start here and I had that in the second moto so I don’t want to get too excited about the weekend. We will see at Matterley Basin, that’s the next one for me.

Gatedrop: Just on the British Championship, that will be your main focus this year, what have you heard about the series? It’s going to be fast with guys like Searle, Bobby, Shaun, yourself to name just a few..

van Doninck: Yeah, there are a bunch of good riders. It’s a really nice championship with nice tracks. I think the tracks at the British Championship might even be better than at the GP’s. They’re more natural tracks, I am looking forward to getting it started. It’s still new for me so I don’t know what to expect but I think if I’m healthy, I hope to be close to the title. 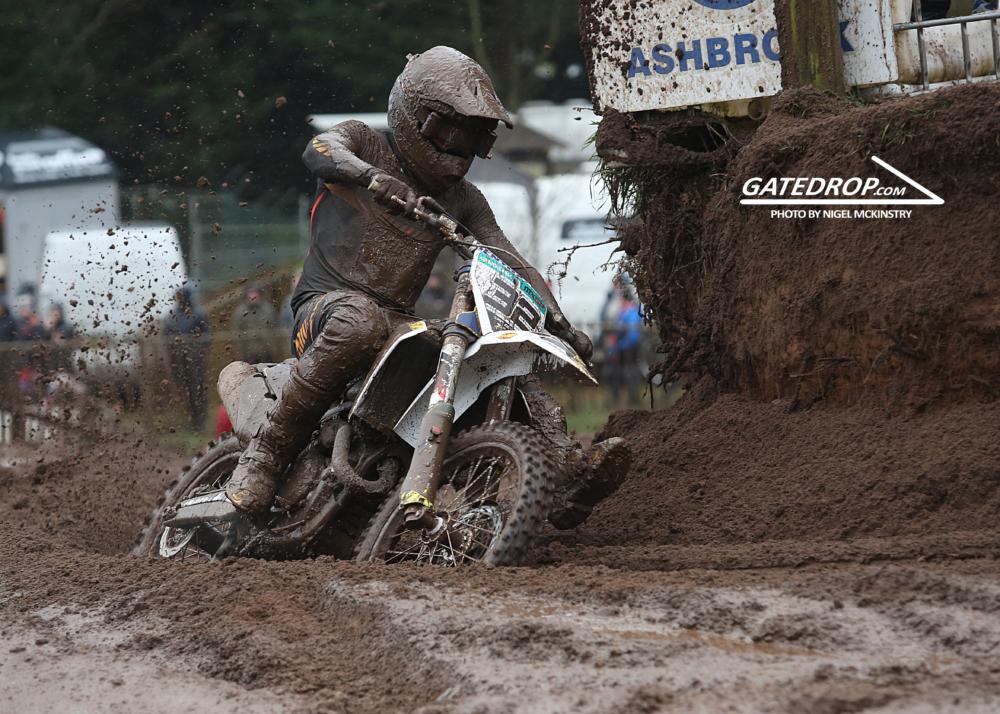 Gatedrop: You’ve been riding in the GP paddock whether it be in EMX or MX2 since you’ve been 16 or so. How does it feel this year you’re putting in a lot of work and you won’t be a full time MXGP rider?

van Doninck: At the beginning I was disappointed and sad a little bit. Now I don’t really think about it anymore, I just want to do good and show that I’m still fast so I can get a full MXGP ride again next year. I think there’s a lot of guys disappointed like when you see Darian Sanayei and other riders go back home because they didn’t get a ride. So many riders from the MX2 class last year had to move up so I don’t think you should feel sad, I won’t let it get me down. I’m 24, I’m still young, it’ll be my rookie season on the 450cc so I think I’ll still have my chances.

Gatedrop:  Do you know yet how many GP’s you will do and which ones? You mentioned Matterley Basin, is that definitely happening, I know you aren’t on the entry list but there’s a few injuries.

van Doninck: It is still a question mark for Matterley Basin because there’s so many guys on the list. We will have to wait and see, maybe some riders won’t show up but we have to wait and see.  How many GP’s we will do is also a question mark, we will see how good I’m doing. If I’m doing really good then maybe we will do more but if I’m doing worse than we expect then we will probably keep it with three. I do hope we will do more.

Gatedrop: I’ve been watching you since you’ve been so young and for me your a big talent and close to breaking through but perhaps mentally is the area you need to work on. Is that something you’re trying to work on?

van Doninck: You know, I’ve had a lot of bad injuries I would say. Every single year I had an injury and that is hard mentally. I’m also a guy that doesn’t want to stay at home too long, if the doctor gives me two months, I was always back on the bike after one month because I want to start riding again. It meant I was going to the GP’s unprepared because I’m only on the bike for one week.  These have been mistakes in the past, when you have an injury I think it’s better to wait until you’re 100% again. That’s why sometimes I couldn’t show the results like I should do. You know, last year I think I did pretty good actually on the Honda.  I’m a heavy guy and the Honda isn’t the best bike in the 250cc class, I had some good top five results. I was quite happy with last year but it’s a new chapter now.