Interview: Adam Sterry on JD Gunnex KTM and making the move to MXGP 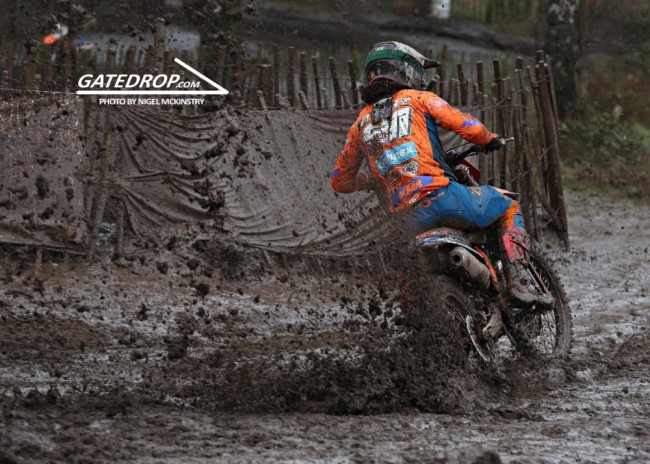 After a number of years on the 250cc, Adam Sterry will move up to the MXGP class in 2020 after signing with Czech team, JD Gunnex KTM. It’s going to be a very busy year for Sterry as he’ll also race the eight rounds of the ADAC MX Masters German championship so there’s going to be plenty of races.

Sterry is a smooth rider and was one of the bigger riders in the MX2 class so should suit the bigger bike much bigger and it’s going to be interesting to see what his results are liked in the stacked MXGP class.

We caught up with Sterry after he made his debut 450cc race at Hawkstone International at the weekend.

Gatedrop: Adam, here at Hawkstone International was your debut race on the 450cc and a debut race with your new team. Maybe not the best day for you but it wasn’t the best conditions!

Sterry: I’d have liked it to be a bit more of a race and not an Enduro but it is what it is. I got two bad starts, they dropped the gate really fast in the first race which I wasn’t expecting. I was last going into the first turn but got into seventh by lap two. I got stuck and I just couldn’t get the bike out, it took four of us and the race was over after that but I went behind Strijbos and I was able to follow him until the end of the race. The result was bad but the riding was good.

In the second race I didn’t get a good start and about 3-4 of us went down on the first turn into the fencing. Of course, one of them had to be me! I restarted again in last and made my way back up to eleventh of twelfth. Not the day I’d have liked but the positive to take away from it is we’re healthy. Hopefully Lacapelle this weekend is dry so we can have a bit more of a race.

Gatedrop: Just on the 450cc prep, how’s that been going? You should suit the bigger bike and is it nice having more power?

Sterry: I’ve been riding MX2 bikes for a long time now so it’s been nice to have a new fresh start. It’s almost like the second half of the career and the fresh start has been nice. Being a big guy, having the power of the bike has been way better. I’m just enjoying riding it at the moment. I’ve hardly made any mistakes with the 450cc as I can just use the power to correct it. I’m excited for the season, I have that underdog feeling again that I had in my first year of MX2, I have that same feeling going into the MXGP class. I can’t wait for the first round, I’m glad it’s at Matterley Basin.

Gatedrop: Your a smooth rider as well so the 450cc should suit the way you ride a bike?

Sterry: Yeah, I need to go back to my smooth style I had a few years ago. The last few years I’ve been changing my style to suit the Kawasaki 250cc and now I’ve got the 450cc, I need to go back to how I used to ride. That’s been difficult and the off-season seems to have gone so fast. It feels like I’ve only started training again a few weeks ago but that shows I’m having fun and enjoying it. Like I said, I’m looking forward to the season and the main part is to stay healthy. You can’t take too much away from today so I’m not bothered, it was like an Enduro and not a Motocross race.

Gatedrop: You’ve signed with the Czech team, JD Gunnex KTM team, when I first heard I thought it was a bit random but is it nice not having as much pressure as you might have had at a factory supported team like F&H?

Sterry:  This team is getting better and better every year. The pressure comes from me though, not the team’s even at F&H. The pressure comes from me. I know what I’m capable of doing and even in the 450cc class, it’s that underdog mentality of just going out there and doing it. Of course there’s pressure getting a ride next year but as far as you need a podium, you need to do this, you need to do that, that’s not really there in the 450cc class. I’m going to enjoy this year because it’s going to be my only rookie year in MXGP, we will see where we end up.

Gatedrop: What are your expectations or will you just go to Matterley Basin and try to improve from the results there?

Sterry: I don’t really have expectations, well I do in my own mind but I’ll just go there and try my hardest. I work hard and I don’t work this hard to make up the numbers.  We will see where we end up. 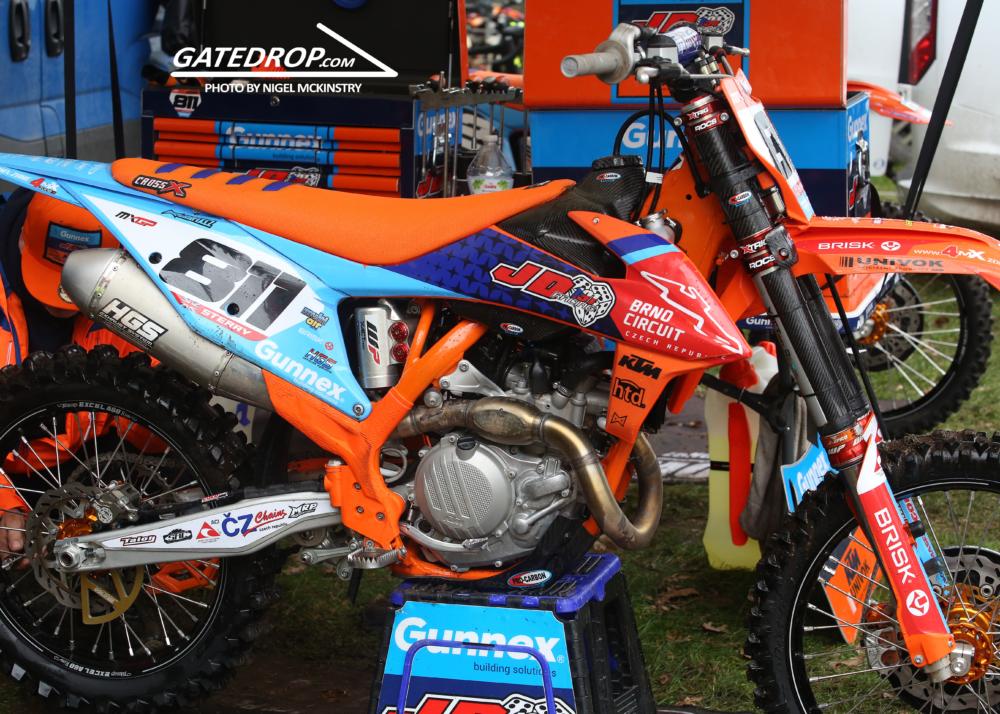 Gatedrop: Last year you were based in the Netherlands with the F&H team, will you be based back in the UK this year or what’s the plan?

Sterry:  I will be based back home but 50-50 as the team have a workshop in Lommel. I’ll be 50% of the time there and 50% of the time in the UK. I’ll be doing the ADAC German Championship so it makes sense to be in Lommel before those. There’s a few sand races on the calendar as well so I’ll split my time between Netherlands, Belgium and the UK. I think that’s the perfect mixture of riding hard pack and sand.

Gatedrop: British fans I’m sure would love to see you race the British, is there a possibility of doing any wildcard rounds or does that not interest you?

Sterry: I wanted to do the British Championship but they didn’t have such a great budget for me at the British Championship so that’s a shame. I’d have loved to have raced it but I’m doing the ADAC now and it’s got eight rounds. I’ve 20 rounds of MXGP, 2 pre season races and 8 ADAC races. Between now and September that’s a lot of races, I think there’s one weekend free do the chances of doing a British championship is pretty slim. Maybe I will fancy doing 31 races instead of 30 and you’ll see me at a British round. Actually, I’d love to do Desertmartin, if it falls on a free weekend I’d love too. It’s one of my favourite tracks so maybe you’ll see me there.

Gatedrop: You’re back working with Richard Mike Jones full time and Ashley Wilde as well. How’s that been going?

Sterry: It’s been going good. I’ve been with Richard since six so it’s like going back home. They know me better than anyone else, we’ve had to change quite a lot on the 450cc. A new team, new bike, new power, a few new techniques and changing in my riding. I think it’s going good, I’ve down everything how I think is the best. i just want to have fun racing now and get the circus going (laughs).