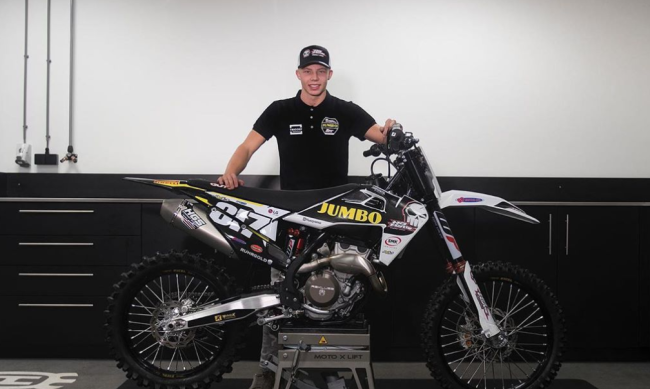 Half way through December things weren’t looking good for Raf Meuwissen as he broke his fibula whilst preparing for the season in Spain. It looked like the young Dutch EMX250 rider would miss the start of the season but he’s got positive news.

It’s good news for the BT Husqvarna rider as he’ll at least be able to line up at the first round and the build from it. During his rookie season in the EMX250 series, Meuwissen showed some promising speed at times and could be one to watch when he gets back up to full speed and fitness.

“So, after I picked up another leg injury in Spain 6 weeks ago, I worked hard with @fitfactorij to get back as fit as possible, unfortunately I will miss my 2 pre-races but my goal is to be in best shape as possible for round #1 in Valkenswaard. Thanks to @btracingteam @btmotorsport1 for the hard work and the trust. Pretty soon I will be back on my bike”, Meuwissen stated.