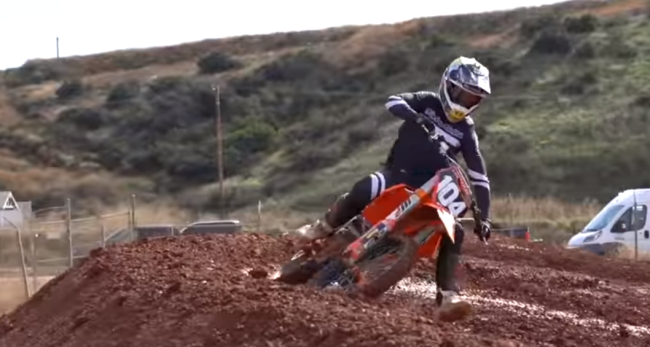 Brian Moreau’s Supercross debut did not go as planned as he crashed during the free practice session which ruled him out of action for the rest of the night. The French talent has a vertebrae injury and underwent surgery last night.

The Moreau family posted the following message on social media regarding Moreau’s injury.

We wanted to inform you about the’s state of Brian’s health, he hit his vertebrae, Brian had surgery last night at Tampa hospital. The surgery went good and Brian has woke up. He is currently in intensive care but doctors will not be able to decide on his condition in several days. Brian is a very brave and strong boy and is aware of everything!

We wanted to thank all the people who support us. Of course I do not thank the people who, on the other hand, still allow themselves to criticise him in such moments. We will keep you informed when we know more.