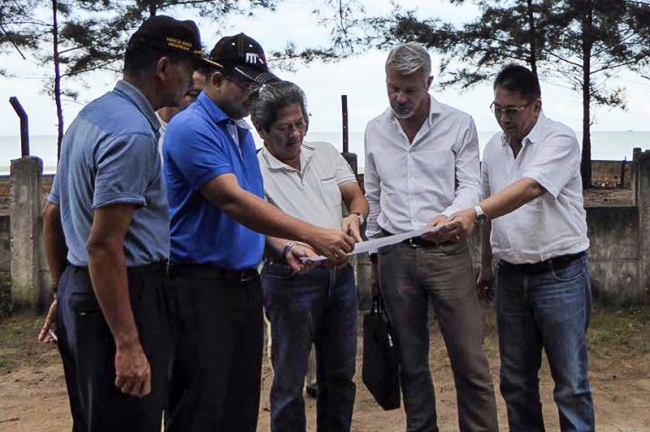 MONACO (Principality of Monaco), 1 April 2016 – After the visit to the Indonesian Republic’s Minister of Youth and Sport, Youthstream Vice President Luigi Zompetti visited Pangal Pinang where the MXGP of Indonesia will take place in 2017, 2018 and 2019.

Pangal Pinang which is the largest town on the Indonesian island of Bangka, is located on Bangka’s eastern coast.

3 possible venues have been visited and examined: Pasir Padi Ketapang, Mendara Park, and Forest City Tuatunu. Pasir Padi Ketapang will be the most suitable for the event as it is a 300,000 square meter area in front of a uncontaminated beach where the lucky spectators of the event can take advantage of this natural area to spend some relaxing holiday.

Pasir Padi Ketapang is located 10 mins from the best and most modern hotels of the area and from the international airport, which has already many direct flights from Singapore and Jakarta, many other routes are also easily accessible. Besides by the end of 2016 the modern DIPATI AMIR AIRPORT will also be finished.

In the afternoon Mr. Luigi Zompetti had the chance to meet the Governor of BANGKA Belitung archipelago Mr Rustam Effendi in the Governor Residence.

Mr. Rustam Effendi expressed his satisfaction to host an event like the FIM Motocross World Championship in Indonesia and especially in Pangal Pinang. He is confident that MXGP’s worldwide recognition and TV Coverage will benefit to Indonesia.