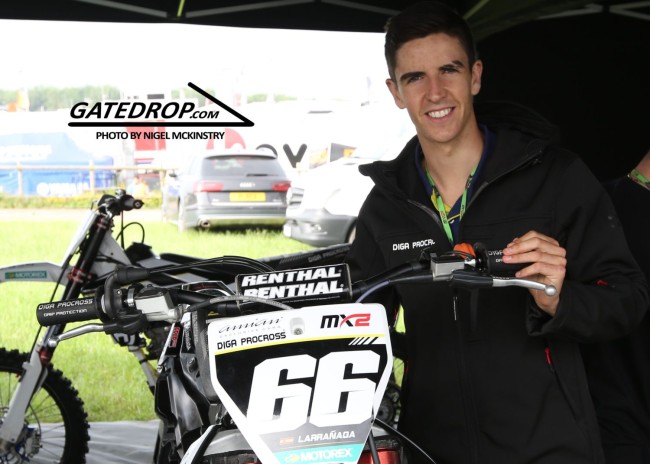 One the riders that’s forced to make the step up to the MX2 World Championship due to the u23 age rule is Spanish talent, Iker Larranaga.

After spending 2019 with the Marchetti Racing team, the Spaniard is on the move for the 2020 season.

Larranaga has confirmed he’s signed a deal to contest the full MXGP World Championship next year with the MGR Motocross Team which will be a new team in the paddock.

The team will run KTM machinery which Larranaga is familiar with.

“Very happy with my new signing with @ mgr.motocross.team! In 2020 I will run the complete World Championship in the MXGP World Championship on-board a KTM SXF 450. In this Italian structure with the help of @enrico_garelli, I will have good material provided to be competitive in a category with a very high level. I am eager to start with this new challenge”, Larranaga stated.