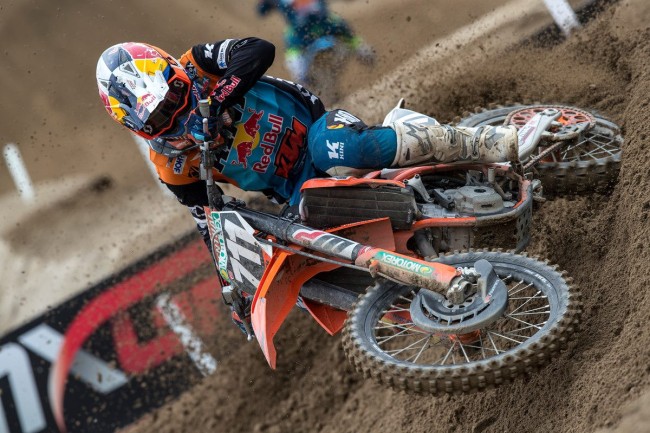 Youngster Rene Hofer showed some fantastic speed in his MX2 GP debut at Mantova but unfortunately the 15 year old future star’s day ended early in race one with an injured knee.

Hofer was running top 15 in that first moto to underline his talent but a tumble raised concerns with his knee and participation in his EMX250 championship.

Hofer however has revealed that while he has injured some ligaments he should be okay to return for the next round of the EMX250 series.

“My first GP and it was exciting but also a bit disappointing. It was good to see and learn about the class and the speed of the guys, and I think I was riding pretty OK but when I caught my knee in the first moto I had a lot of pain,” explained Hofer. “There is a little bit of damage to the ligament but I should be OK for the next round of the European Championship.”

KTM have Hofer locked down on a multi-year deal and he looks to be the next supreme young talent off the conveyor belt after Jorge Prado, and as an added bonus for KTM, it means an Austrian rider on an Austrian machine!