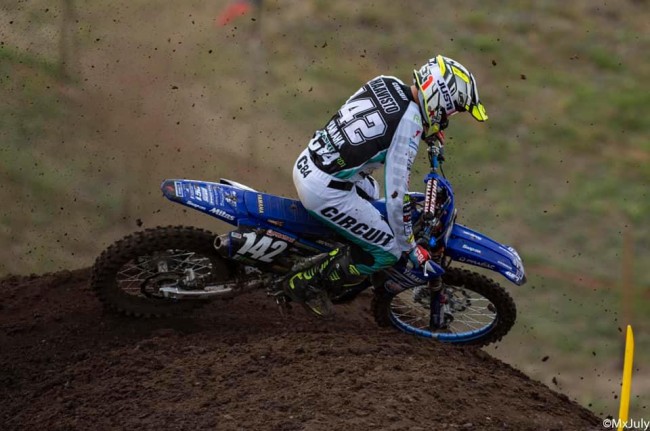 Jere Haavisto has confirmed his plans for the 2020 season and it’s been confirmed he’ll stay with the JK Yamaha Racing team.

This year, Haavisto initially signed with the team to contest the EMX250 series but ended up contesting the MX2 World Championship as the season got underway.

Injury cut Haavisto’s season short but he will race the MX2 World Championship in 2020. If he can avoid injury, he has the talent for good results.

“I decided to stay with JK because I really enjoyed working with them this year and I felt really good on my 250cc Yamaha so I didn’t want to chance the bike. Also, one thing which I like is that they trust me and they have seen my speed so also they want to give me best chance to succeed”, Haavisto told GateDrop.com.

My goal next year is to get as many points as I can and stay consistent all year long. Also it’s really important to stay away from injuries, because last year and this year I lost much bike time because of shoulder and knee surgery. I would like to thank my team JK Yamaha, all my sponsors and parents for being by my side”, added Haavisto.