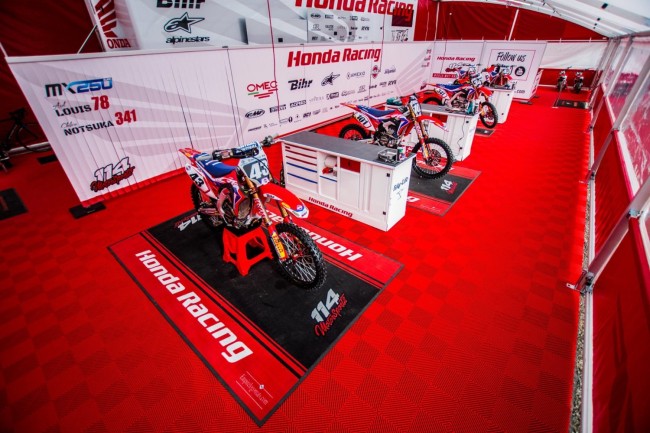 With Jeremy Seewer and Arnaud Tonus in such good form at the moment, the Swiss have a real chance of getting on the podium at the Motocross Des Nations later this month in Assen.

It could all hinge on the performance of Valentin Guillod who’s been selected to ride the MX2 class for the Swiss team.

Guillod didn’t have a ride at the start of the season and has mainly been racing in Switzerland and France as well as a few ADAC MX Masters. The Swiss talent did race the MXGP of Germany and finished a respectable fourteenth overall.

While racing a 450cc this year, it left a question mark as to what bike Guillod would ride at the Motocross Des Nations in Assen but it’s now been confirmed he’ll have support from the 114 Motorsport Honda team.

“I’m very satisfied that our swiss MX2 rider, Valentin will be supported at Assen by the Team Honda 114 Motorsport. They are doing a very good job with team manager Livia Lancelot. It means Valentin is in good hands at the MXoN, we’re all really looking forward to the event”,  Daniel Zollinger, the Swiss team manager told GateDrop.com.