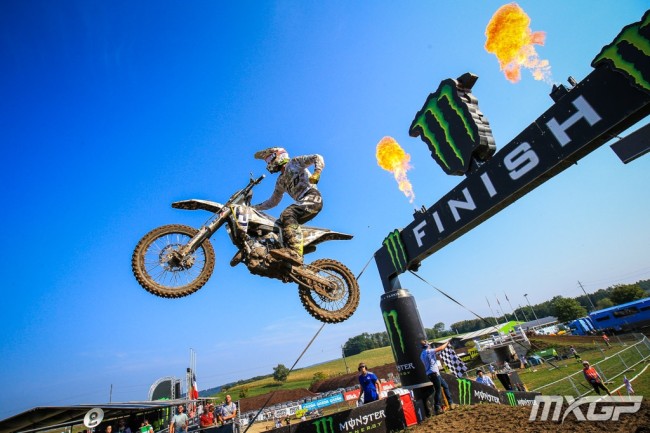 Mattia Guadagnini won the 125cc Junior World Championship earlier in the season at Arco di Trento and he’s now done the double by clinching the EMX125 series – the perfect season for him.

The young Italian has had a great season on his Maddii Husqvarna and has bowed out of 125cc racing the perfect way.

During the final round in Sweden, Guadagnini played it safe and came home with a 3-3 scorecard which was enough to secure the championship.

Guadagnini has already signed a deal to move up to the EMX250 series in 2020 in what will be a new chapter for his career.

“I am super happy. I can’t believe this, it’s amazing. I don’t know what to say. I want to thank all the people that have helped me, we did it”, Guadagnini commented.