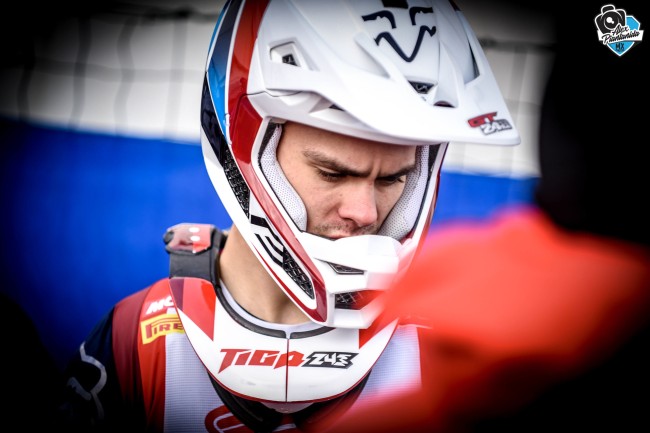 There’s always been plenty of speculation regarding Tim Gajser’s future, when asked he’s always said he’d be interested in making the move to the AMA paddock and racing Supercross over there.

The Slovenian raced the Monster Energy Cup last year for the second time and when asked about his future from American journalists, Gajser didn’t rule Supercross out in the future. However, with Gajser set to turn 24 this year, it wouldn’t be ideal as he’d have to learn Supercross fast, especially if he was to jump straight into the 450 class.

Team HRC Honda’s team boss, Giacomo Gariboldi has told us that Gajser won’t ever do a full season in America but selected races are possible – he’ll remain in the MXGP World Championship.

“I think we should clear this point once for everybody, Tim said to me in Assen last year while we were driving to the Youthstream ceremony that he will never move to USA because he likes to ride in Europe and stay in our Team. Of course, he will ask to ride some events there like the Monster Cup again and some SX at the beginning of the season but he will never move there for a championship. This year he will be 24 and here he is a star and has his own life with girlfriend and friends and he is a kind of guy who loves to be in his homeland with people he knows around him, this is also one of the reason why he is with our team now after 7 years, he needs this family feeling. And when you see the riders with best results in the past 10 years, you will notice that all of them have been in the same team for many years, stability is the key of success”, Gariboldi told GateDrop.com.

If you missed it, you can read the entire interview here.