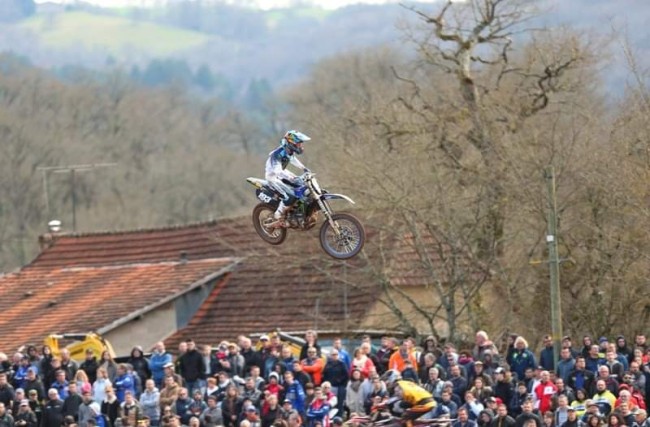 Kemea Yamaha rider, Jago Geerts, had a solid weekend scoring two fourth place finishes at the Lacapelle Marival international in France plus tenth in the Superfinal (second MX2) as he puts in his final pre-season preparations ahead of the world championship that will begin in two week’s time.

“My speed was very good in the first race. As the minutes ticked away I got more and more problems with pumped arms. Because of this I had to lower my speed ”.

“In this race too, I was in the front in the first corner after the start. In the third round I made a mistake and my front wheel slipped, luckily without big consequences. After picking up my bike I came back in the race in sixth position. Once I found my rhythm, I managed to climb to the fourth place. “

“In the super final the sixteen best ranked riders from both classes were allowed to take a spot behind the starting gate. I was pretty good at the start even though I had an MXGP rider on both sides of the starting gate. Physically I could compete in this race with the top riders in MXGP. The track was difficult for this last race of the day due to deep ruts. I deliberately chose not to take any risks here. For a long time I was able to stay in the wheel of the Brit Shaun Simpson, an opportunity that I didn’t want to miss to learn from an MXGP rider. In the end I finished tenth and I am quite satisfied with that ”.

Jago has ridden a great race. These type of races are very important in preparation for the start of the World Championship, but a rider should not take risks here. It was also Jago’s first race of the season on a hard pack circuit. When I analyze the performance that Jago has delivered today, I conclude that we as a team are fully on track. In two weeks the real work will begin when the World Championship starts in Matterley Basin, Great Britain.