Geerts happy with progress at Mantova – Hawkstone next! 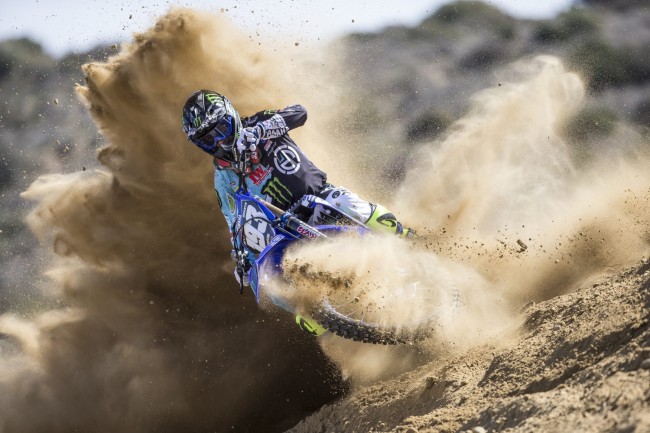 Monster Energy Kemea Yamaha MX2 Team rider Jago Geerts acted strong in Mantova. The Belgian teenager finished fourth in the MX2 and eighth in the Elite, both times after a strong catch up race. Initially, the third round of the Internationali d’Italia in Mantova didn’t figure in the program of the Monster Energy Kemea Yamaha MX2 Team. But last week the team decided to do some extra testing. Jago Geerts was sent to Italy and combined the testing with the race in Mantova.

“We tried some new things and made another big step forward with the bike”, said Geerts.  The Belgian was also happy about his two races in Mantova. “I had a pretty good start in the MX2 moto, but was too late with shifting and lost a few places. I had to fight back from outside the top ten, but I was struggling with arm pump and didn’t find the right rhythm. Halfway the race I felt better en could come back to fourth place. Not bad at all.”

Geerts had to pull out an even more impressive catch up race in the Elite moto, together with the best MXGP riders. “The guy next to me left too early, so I also reacted too quickly and lost my balance. I had to start dead last. In contrast to the first moto I didn’t have any problem with my arms and immediately found a good pace. I could fight back from the 40th to the eighth place. A great result.”

The Monster Energy Kemea Yamaha MX2 Team has two more international races (Hawkstone Park 17 February, Lacapelle 24 February) to get ready for the FIM World Championship, which will start on March 3 in Neuquen, Argentina.