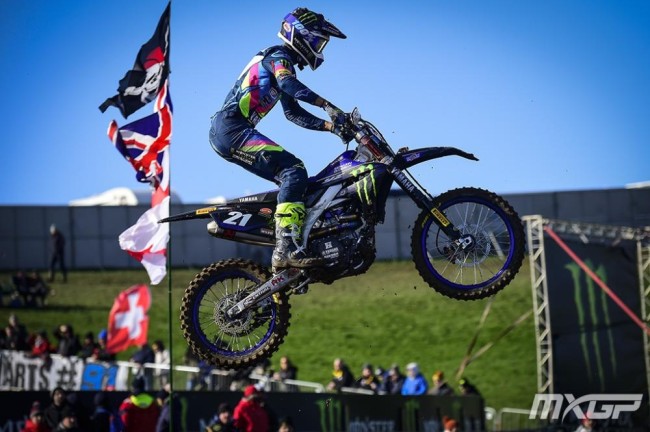 Monster Energy Yamaha rider Gautier Paulin will be one of many MXGP racers thrown
into the ‘unknown’ when the 2020 FIM Motocross World Championship resumes with a
three-date plan in Latvia next month.

The Grands Prix of ‘Latvia’, ‘Riga’ and ‘Kegums’ will take place on Sunday 9th August,
Wednesday 12 th and Sunday 16 th and will kick off thirteen more rounds on the 2020
calendar – even if rumours persist around the stability of fixtures in Turkey and
Argentina. A smaller championship and one restricted to principally to just seven
countries are not the only alterations made in an effort to complete a creditable
campaign in 2020. The use of a one-day format for European rounds (all but one on
the current list) means a condensed race schedule and the abandonment of the
Qualification Heat; an ingredient of an MXGP weekend that has been in use for a
decade.

Riders like Paulin will have to adjust to a more intense contest that will not require the
same amount of track time as a standard Grand Prix. There will have far less room for
error, both on race day and for recovery between events. “Racing three GPs in one
week is very different but the ‘one-day’ makes it less physical,” the Frenchman said,
exclusively. “It’s a totally new situation that we will have to adapt to, but that’s fine for
me. I’m positive about the tracks we have on the calendar although I would not be
surprised if we’ll see some changes.”

Trips to Kegums, three times to Lommel in Belgium and Mantova in Italy means plenty
of sandy terrain to tackle. Although these are offset by hard-pack/soil tests in Italy,
Turkey and the UK. “I hope we’ll have some variation, even if we do stay in just three-
four countries,” Paulin added. “The main thing is to be back racing for the sponsors and
for the fans. For sure, it will be a strange year in almost every aspect because of the
smaller crowds and the social distancing when motocross is a close sport to the fans.”

MXGP could be on the fringe of a calendar shift and the transition with COVID-19
developments around the world mean that travel and organisation can be difficult to
plan and predict. If 2020 does resume with rounds three, four and five in Latvia then
Kegums will be a happy hunting ground for Red Bull KTM’s Jeffrey Herlings, HRC’s
Tim Gajser and Monster Energy Kawasaki’s Romain Febvre: the trio have won nine of
the ten motos between them since 2015. Paulin himself headed Team France’s five-
year span of Motocross of Nations success with the country’s victory at Kegums in
2014.