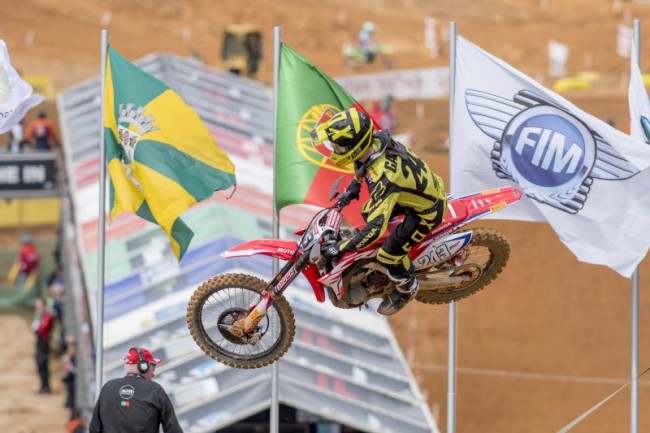 Every year there always seems to be speculation with Tim Gajser and his future as he’s hinted in the past that he’d like to make the move to America.

In the past when we’ve interviewed the Slovenian and he’s stated, “I want to go to America”.

However, as every year goes by the move looks less and less likely. HRC Honda team manager, Giacomo Gariboldi also recently confirmed to us in an interview that Gajser will be sticking with the same setup in 2020.

“At the moment we don’t have definitive plans from Japan for 2020 and we are waiting to know about line up for next season, the only thing I can confirm to you is that Tim Gajser will be on a CRF450RW for his 7th season with our team”, Gariboldi stated.

Gajser currently has the MXGP championship lead and red plate heading into round nine of the series. There’s a real chance he can win his third world title this year but there’s still a long way to go.

With the news confirmed he will be sticking with HRC Honda next year, MXGP fans can look forward to 2020 where Gajser will battle again with Jeffrey Herlings and Antonio Cairoli which should throw up some amazing battles. If Jorge Prado makes the jump to MXGP that will make it even more interesting.