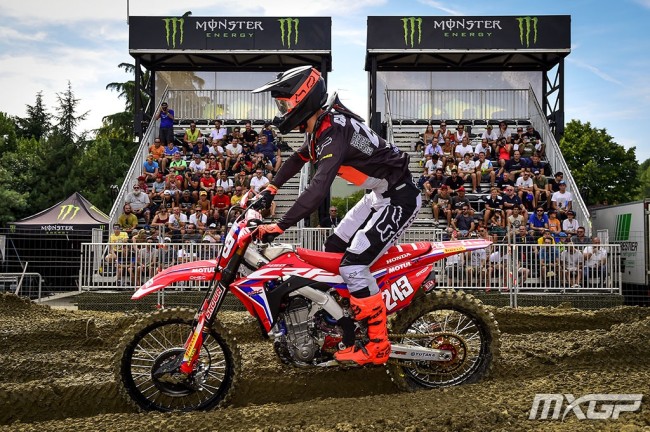 Tim Gajser has won the toughest motorcycling championship in the World for the second time in his career!

The HRC Honda man took the 2019 MXGP title despite a classic huge crash in race one while challenging for the lead.

Gajser who got back to fifth, is now a three time world champion when you add his MX2 title to his two MXGP crowns, commented: “It’s just crazy, I was super fast. I didn’t have the best start, I tried to win the race then I made a mistake in the waves. I’m super happy, the season has been amazing, everyone did an amazing job, I’m so, so happy.”