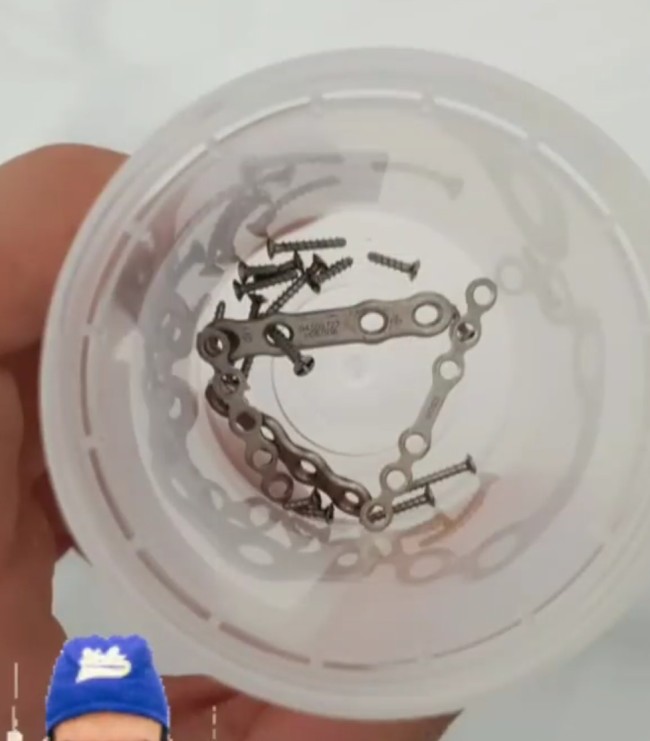 Tim Gajser has shown pictures of the screws and plate that have been successfully removed after his broken jaw sustained during a horrible crash at Mantova in February.

Gajser will now be able to focus 100% on getting prepared for the 2019 season where he will remain as part of the HRC Honda factory effort.

Gajser commented: “Everyone knows I have a long and great relationship with HRC – the team feels just like family so I’m very happy to be returning in 2019. We had a few knocks this season including my injury during the pre-season, and the final surgery is why unfortunately I’m having to miss being at EICMA this year, but it means we’ll be going into 2019 stronger than ever. When you look at all the HRC riders together at EICMA it’s an impressive show of strength so I’m sad to miss it this year, but wish all my fellow riders all the best for more success in 2019!”

The screws and plates Gajser had in his jaw! Pic: Gajser Instagram

See the horrific crash that caused the damage below: