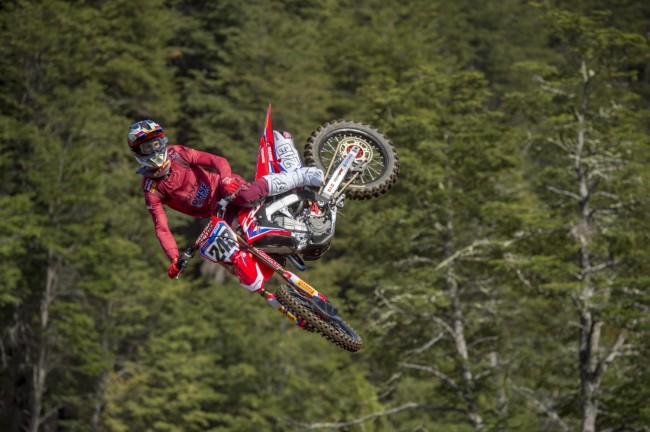 After his top five performance at the Monster Energy Cup, Tim Gajser has received interest from US teams for 2021!

“My dream was when I was a kid to succeed in this sport, in motocross. When I signed with the HRC, my first dreams came true,” said Tim Gajser to Planet TV.

He has another one-year contract with Honda to race at MXGP. For 2021, however, moving to a supercross is quite realistic. The talks have already begun.

“A lot of teams in the US have been very pleased. In fact, no one expected me to do so good after so little training. There is definitely a lot of interest.” But Honda will have an advantage in the decision. “They were the first. When no one believed in me, they believed and saw the potential in me. We have grown together. Together we have come up with three World Championship titles. Certainly Honda will have a huge advantage over the others.” The decision may fall this winter.

“Considering the preparations, I would certainly live in the US for 10 months a year. It’s been a good two weeks now. It’s a whole different world. Everything in the US is much bigger. People are a lot more subdued. I’ll say I could get used to it.”

Gajser would be 25 by then, a lot older than most who go as teenagers to learn supercross. It would be a huge risk to learn a new sport that late in age but maybe Gajser feels he has done all he can in MXGP and needs a new challenge – even if MXGP, with Herlings and Prado, might be the toughest competition of all in the next few seasons!