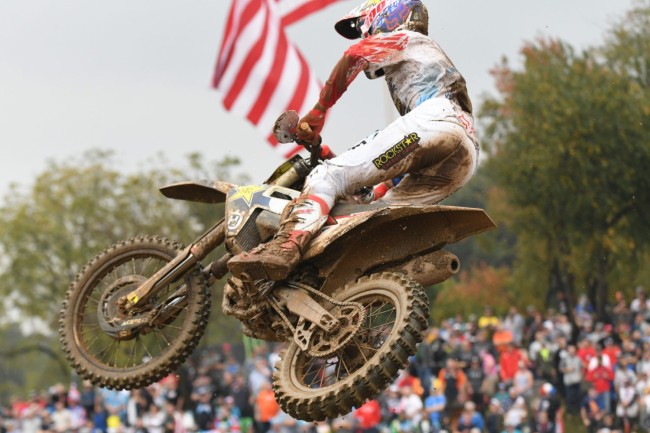 France have sensationally won the Motocross Des Nations at RedBud, it’s the fifth consecutivetime the French have won the event.

There was a lot said about the French federation for not selecting Marvin Musquin but Jordi Tixier was drafted in alongside Gautier Paulin and Dylan Ferrandis. The team produced the goods once again.

Italy were runners up two points a drift, it could have been a different story for them if Cairoli didn’t lose his goggles in the final moto.

Despite Calvin Vlaanderen not being able to start the second moto due to eye damage, the Dutch ended up on the podium as Glenn Coldenhoff and Jeffrey Herlings were superb on the day.

Great Britain edged out America for a top five finish. The American’s were under a lot of pressure racing at home soil but could only muster sixth overall.