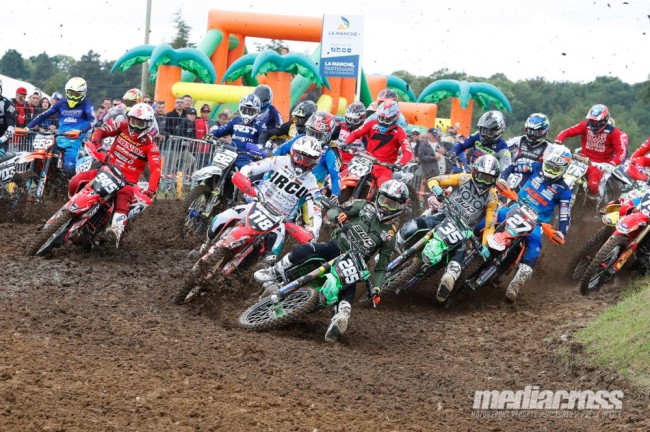 On August 1st and 2nd, the Bud Racing Training Camp in Magescq will met the first round of the French Elite Championship. More than 200 riders are expected for the first race ever organised on this track.

Never in the past since opening a few years ago this sandy practice track met an official race, as bad weather forced the organizers to cancel last year one round of the French sand races. August 1st and 2nd will be ‘historical dates’ for the Bud Training Camp, home of the opening round of the most important series in France, the Elite Championship. “Normally you can’t organize this series f you never met races in the past, but due to the circumstances the Federation made this year an exception to the rules,” explains Stephane Dassé, the boss of Bud Racing and of the Bud Racing Training Camp, a sandy facility located in Magescq, not far from the team base and close to Dax in Southern West of France. “Our plan was not really to organize a race, but when we saw that the single race of the championship was scheduled in Castelnau de Levis at the same date than a Grand Prix we ask this club if it was possible to move the date as the French series is important for our sponsors. They couldn’t change their date, so we decided to organize also one round earlier in August to give some exposure to our partners and also to help all the riders who wanted races.”

Three weeks’ prior the date no less than 210 riders are already on the entry lists, and for sure they will be more than 250 in the paddock. Four classes will be involved in the championship, with the young riders – Espoirs 85 and Juniors 125 – and the expert – MX1 and MX2 -. Some of the best French riders (Maxime Desprey, Cédric Soubeyras, Valentin Teillet, Stephen Rubini, Pierre Goupillon, Yannis Irsuti, Thomas Do) already send their entry form, as well as some sand experts (Milko Potisek, Camille Chapelière, Daymond Martens) and GP riders (Jeremy Van Horebeek, Valentin Guillod, Ben Watson) while some other Frenchies such as Jordi Tixier or Nicolas Aubin will also join the event. And some other ‘big names’ could be also there, as they need to prepare the GP return one week later in Latvia.

Involved a few years ago in an MX at St Vincent de Tyrosse, the Bud people have some experience as organizers and they were pleased when friends and other organizers call them to bring their experience and volunteers. The public will of course be allowed to come to the race, as 5000 people are allowed on site following the French sanitary rules. The best is of course to book tickets in advance on internet https://www.bud-racing.com/fr/billetterie

The program of Saturday 1st is for the 85 and 125 classes, with the first practice session at 9 am, while the MX1 and MX2 riders will race on Sunday 2nd.