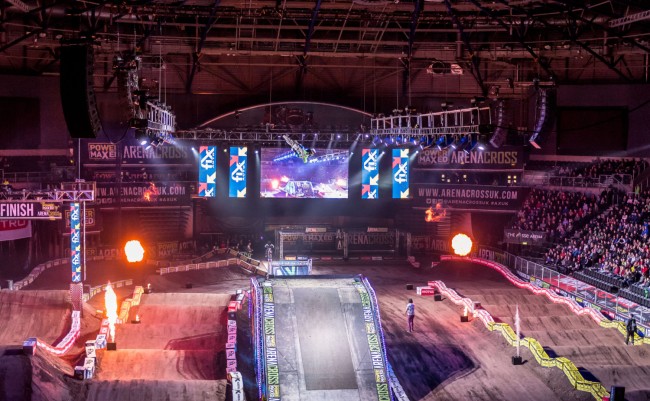 Fix Auto UK – the fastest-growing professional automotive repair network in the UK – lent its considerable support to The Arenacross Tour last year and, such was its success, that the Leicestershire-based firm has been quick off the mark to grab the AX sponsorship holeshot for 2019.

Fix Auto UK is part of a global business of more than 680 bodyshops operating in nine countries, in fact it is the only worldwide bodyshop brand. The UK arm alone currently has over 95 sites, repairing more than 150,000 vehicles per annum and, with a 25-strong head office team, Fix Auto UK is at the top of its game by providing its bodyshops and its insurer clients with unsurpassed operational, marketing and procurement support.

Acknowledging The Arenacross Tour as the fastest-growing all-action indoor motocross race series in Europe, Fix Auto UK views the partnership as a perfect fit. Ian Pugh of Fix Auto UK said; “We are delighted to not only continue our partnership with Arenacross for the second year, but to also be the first partner announced for the 2019 series. The tour will be going to three locations this year and the Fix Auto UK branding will be featured heavily across all six rounds, including the Freestyle Motocross jump in the centre of each arena. We had a brilliant response last year so I am looking forward the partnership continuing for the 2019 series.”

Matt Bates, promoter of The Arenacross Tour added; “I’m so pleased to see Fix Auto UK increasing its involvement in the series following its first year with the 2018 Tour. With over 40,000 spectators visiting the Arenacross events annually, and an even bigger reach across its media, PR and advertising throughout the year, we’re just starting to see a wave of UK-wide brands realising the potential values of partnering sports entertainment events such as AX. Arenacross without doubt connects bikes, action, adrenaline and winter sports in an exceptionally unique way and at a usually quiet time of year for motorsports fans.”

Fix Auto UK is the first AX partner to be announced but, with plans for the 2019 Arenacross Tour still in the early stages and a wealth of innovative features waiting to be unveiled, it’s a safe bet that it won’t be the last.

For the latest news and to secure huge ticket savings, go to www.arenacrossuk.com