Ferrandis: I won’t be racing MXoN at Assen 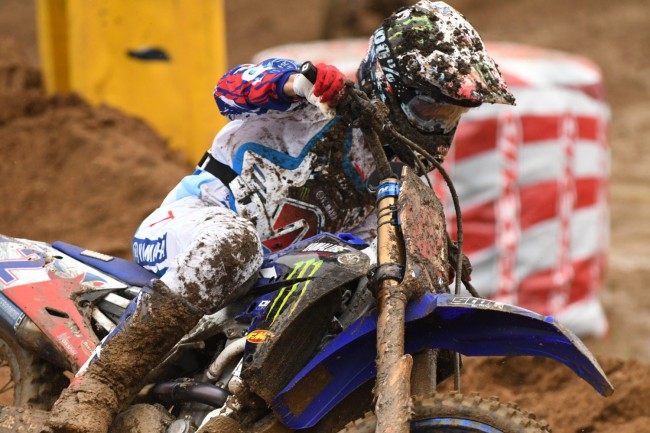 After winning the RedBud AMA National, Dylan Ferrandis was asked in the press conference about the Motocross Des Nations and has confirmed he’s already told the French federation he won’t be competing at this years event.

“For me, I’ve already said that I won’t race the Nations this year because I know this track. I told you guys (Ciancarulo and Cooper), you’re not going to understand what’s happening there. You’re going to get passed by guys you’ve never heard off before. It’s just the track in the Netherlands, they are crazy. It’s the biggest sand you can find and I’ve had a long season, I’m looking forward to the next season. I want to do something great, we have a big challenge with the team with what we want to do. For me, the weekend of the Des Nations is a little bit too far from the season, it’s not a waste of time but after the Nationals, you have to stay fresh and train again in the outdoors”, Ferrandis stated.

“Supercross is coming fast and I already said to my national team that I won’t race because I want to be ready for next years Supercross. I did the Nations two times, we won two times. It’s big trouble, you have to go to the Netherlands two weeks before the race, you have to send the parts, train in the sand. It’s a big organisation if you want to do there. For me and the guys around us, we never ride the sand, we have Southwick but it’s something different. We never ride in the big sand tracks like they have in Europe. It’s just difficult, the guys over there grow up in tracks like that and ride every day. Us, we forget what sand is, even me. I rode 5-6 years the world championship with sand. It’s a gnarly race but I won’t be a part of it”, added Ferrandis.

Cianciarulo who said he will race Assen if selected for team USA, jokingly replied, “maybe we can race the MotoGP track there and just leave the sand out of it? It’s just a thought”.

The French federation don’t take too kindly when French riders don’t want to represent their country and we’ve seen what their relationship is like with Marvin Musquin so it’ll be interesting how the French view Ferrandis decision.

As for Assen, the French will most likely choose one of their MX2 World Championship stars with Tom Vialle, Maxime Renaux and Mathys Boisramé in the frame for selection.