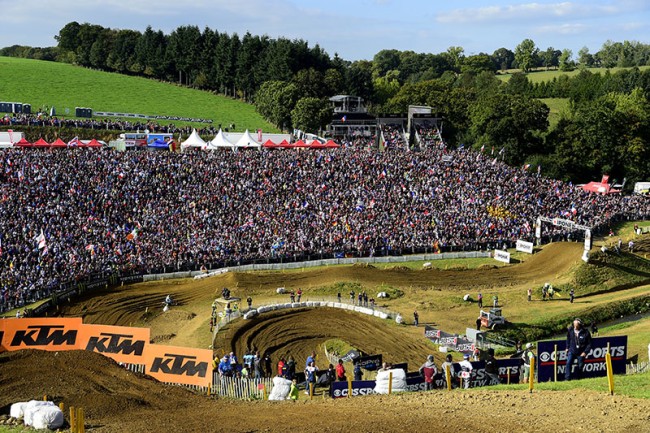 Last week the MXGP organisers had a meeting in Monte Carlo and Youthstream president, Giuseppe Luongo has confirmed that the idea to make the MXGP World Championship longer has been discussed.

The last three years has seen wet conditions at the Motocross Des Nations, moving it forward a few weeks, Youthstream hope it will be better weather conditions.

It’ll be interesting to see if this pans out – riders battling for the MXGP titles might not like having to race the Motocross Des Nations and facing injury before sealing the MXGP title!

“Another issue discussed at this meeting was the expansion of the MXGP calendar, to bring it through to the end of October like other motorsports (MotoGP goes through until the middle of November and F1 until the beginning of December)”, Luongo stated in the MXGP mag.

“This would permit more space between the Grand Prix events giving more time to the riders to recover before the next event, it would also optimize the travel for everyone and last but not least MXGP would present in the media for one month more. If this can be reached there is an option of bringing the FIM Motocross of Nations earlier to possibly the first weekend of September guaranteeing better weather conditions for all”, added Luongo.

UPDATE: The Ernee Moto Club have confirmed the date of the event won’t change in 2020 and instead the idea was discussed for the future.