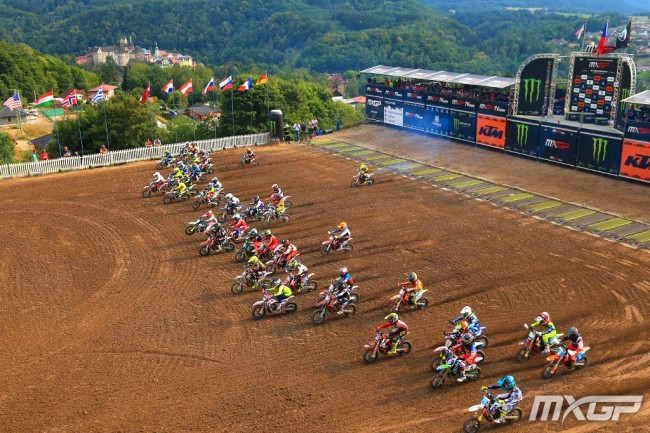 UK fans have been hit a blow earlier this week when Youthstream released the MXGP provisional calendar for 2020 without a British GP!

However, some good news might just be around the corner. Dave Willet who works for MotoHead and is the man behind the Apico Two Stroke festival has revealed he’s trying to get a round of the EMX65 and EMX85 series to the UK next year.

Even though the finals tend to take place at Loket each year alongside the MXGP, there’s a number of qualifying rounds to decide the 40 young talents who will make it to Loket.

It would be good to see a round of the series come to the UK but there’s still plenty of work in order to make it happen but let’s hope they get the application approved.

“What’s on my mind? I’ll tell ya – the UK Motocross scene, that’s what. Last Friday we sent off the Application form to run a EMX65/85 RND in 2020 so keep ya fingers crossed. If we get granted a RND please everyone help me push & promote it”, Willet posted on social media.