Eli Tomac: That was the loudest race I’ve ever been in! 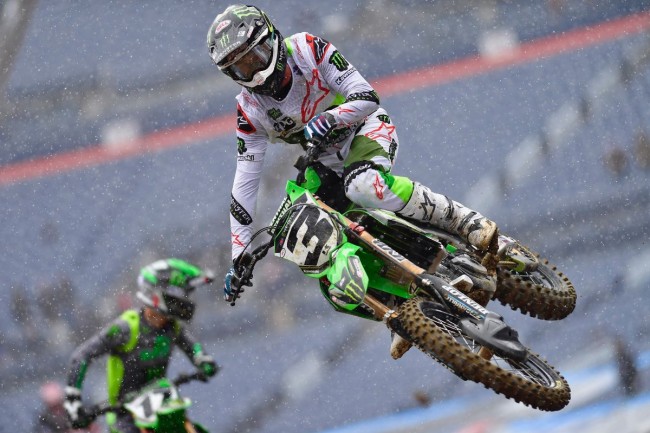 Eli Tomac certainly enjoyed his home state supercross race by winning in style and having the crowd right behind him!

“That was the loudest race I’ve ever been in, so much fun, it wouldn’t have been Denver without a little bit of snow right?” enthused Tomac who is now second in the championship, 18 points behind Webb.

“What a cool day for us, luckily the track stayed good, it was a pretty cool weekend. I was making good time in the whoops, that seemed like a good spot, you had to go for it really to get around and be aggressive to make the pass. I felt good the whole main, it was the atmosphere that made it so cool, every win feels pretty dang good, but the atmosphere was so cool, it would be rad if we had that every weekend.”

“My concern was getting through the 20 minutes and feeling like myself two weeks in a row, so to get that was great,” added Tomac on finally getting two wins in a row but he refused to talk up his chances of being back in the title hunt. “I’m just doing what I’m doing,” said Eli regarding being 18 points behind in the championship with two rounds to go, “as long as I’m within that 26 points, we are doing our work.”