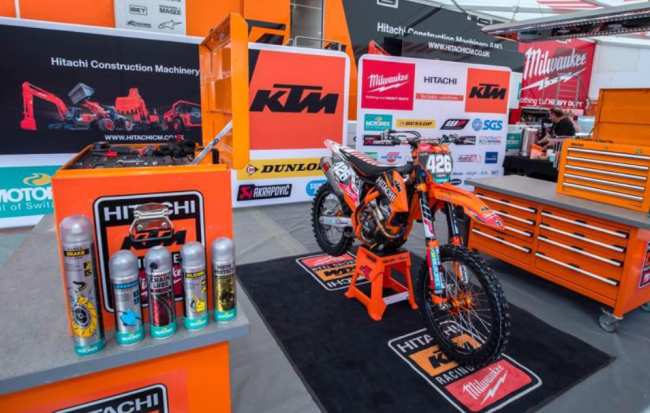 Young British talent, Eddie Jaywade hasn’t revealed his plans for the 2020 season yet but the British Championship have indicated he’ll race a Hitachi KTM fuelled by Milwaukee for the season ahead. In the British Championship rider list for the year ahead, it lists Jaywade as an MX2 rider with the Hitachi KTM fuelled by Milwaukee team. The Brit is highly rated but hasn’t had it easy with injuries in the past but he’s recently got back on the bike and will start to prepare for the season ahead.

We believe that even though Jaywade will race in the MX2 British Championship that he’ll spend one more year in the EMX125 class as he’ll want to challenge for the title. Racing in the MX2 British Championship will also mean good prep on the 250cc when he makes the full time switch from two stroke to four stroke. Having two fast team mates in the form of Conrad Mewse and Bas Vaessen should help him too.