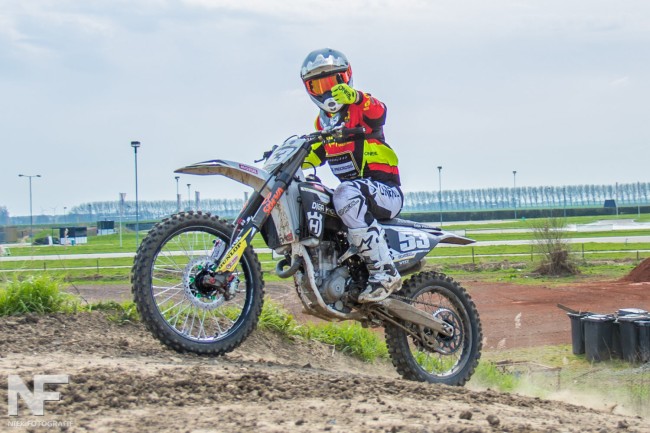 Dylan Walsh might have signed for the Revo Husqvarna team for the 2019 season but he’ll make his debut with his new team at the final round of the Maxxis British Championship taking place this weekend.

Walsh will be underneath the team’s awning alongside Mel Pocock and Martin Barr this weekend – it will be Barr’s last race with the team.

Walsh will use the race to get comfortable with the team and race his Revo Husqvarna for the first time. In 2019 he’ll contest the entire MX2 British Championship so he’ll know what to expect from Lyng after racing at the track this weekend.

“I’m pretty excited to be racing this weekend at Lyng for Revo Husqvarna, it’s just about getting on the bike, getting a head start for next year and spending quality time with the new team. I have no expectations, I’m just going to have fun and enjoy the weekend”. Walsh commented about making his debut with the team.