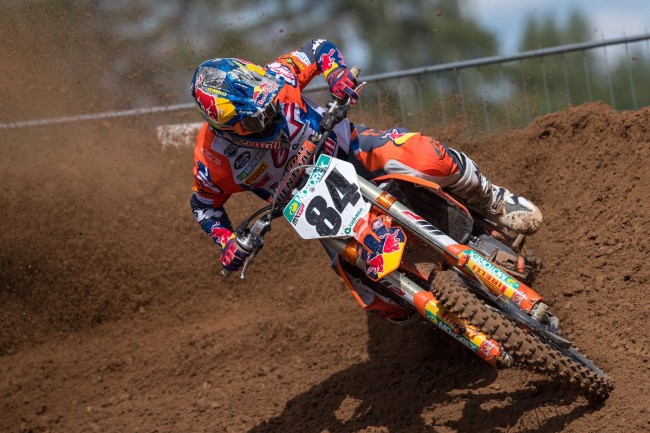 PR- Assen, 20 August 2019 – Jeffrey Herlings, Glenn Coldenhoff, Calvin Vlaanderen and Roan van de Moosdijk form TeamNL during the Motocross of Nations (MXoN). The country competition, the largest motocross event in the world, will be held on 28 and 29 September at the TT Circuit in Assen.

Team manager Patrice Assendelft has chosen a team of four riders although only three may appear at the start during the MXoN.

“With Jeffrey Herlings and Glenn Coldenhoff, we have two world class players who compete in the MXGP World Championship. Herlings only drove two GPs this year due to injuries, but managed to win immediately. He will be fit during the MX of Nations. And with Coldenhoff we have another driver in the toughest class who can take part in the win ”, Assendelft is convinced. Just like Herlings, Calvin Vlaanderen in the MX2 class, also had a season with a lot of injuries. “But during the past races, Calvin has shown that he is among the best in the world.”

Surprise
The biggest surprise in the selection is Roan van de Moosdijk. The 18-year-old from Eindhoven is competing in the European Championship, where he is currently in the lead. “Roan is a great talent who has made huge strides this season. During the final of the Dutch Masters, the strongest championship after the World Championship, he managed to win in an inimitable way. He was faster there than many riders who usually end up in MX2. “

Because the level of the four riders in TeamNL is so high, Assendelft has decided not to make a final choice yet. “Vlaanderen and Van de Moosdijk are both world-class riders. They are hard to split,” says Assendelft. “A number of internship days in the deep sand are still planned, in which we will continue to use the same riding schedules as during the MXoN. At the end of that preparation, we as a team make the decision as to who will drive. This approach has been agreed in full agreement with the riders.”

Home race
For TeamNL, the MXoN on the TT Circuit means a home race. A motocross track with numerous spectacular slopes is being constructed on the racing circuit. “It’s not a permanent circuit, so nobody knows it. That is not an advantage for us. But with 50,000 Orange fans in the stands, our riders will be able to give something extra. “

MX of Nations
The MX of Nations is seen as the Olympic Games in the field of motocross. Every year the championship is held in a different country. Around forty countries come to Assen with their best riders. There are three classes: the MX1 (450cc), MX2 (250cc) and MX Open (450cc and 250cc). Each rider rodes two races. The higher the position, the fewer points they get. The weakest result may be deleted. The team that collects the least points is world champion.

Last year the Netherlands delivered a fantastic performance during the MXoN in the United States, with Jeffrey Herlings, Glenn Coldenhoff and Calvin Vlaanderen by finishing second.