Dewulf secures an MXGP ride for 2019 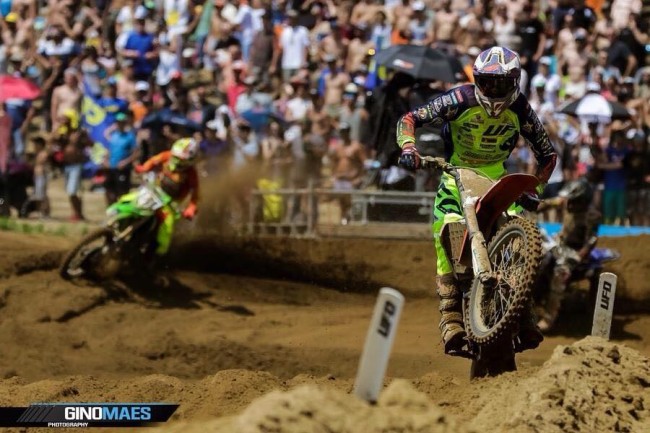 Jeffrey Dewulf has secured a ride in the MXGP paddock for the year ahead as he’s inked a deal with the North Europe Racing team which means he’ll be under the awning with Petar Petrov.

The Belgian rode MXGP this year and ended the season with the Sarholz KTM team after they drafted him in as a replacement rider for the injured Stefan Ekerold. However, Dewulf has now secured a ride for all the European MXGP rounds in 2019 which is a good opportunity for him.

“Halfway through the 2018 season, I got in contact with a sponsor that was convinced he could help me to step up my game in racing and give me the opportunity to race MXGP in 2019. The team is built and managed by my father and a sponsor, they had several meetings and came to an agreement very quick with the plan to set up a good structure and compete in the European MXGP races and the dutch championship with the help of Jan Heusschen from JH Mx Racing”, commented Dewulf.

“I don’t like to share my expectations, there is a lot of work to do this winter to be ready for the first GP. I just want to work hard that I can say to myself I’ve done my homework when the races begin. We will see how it goes from there on. I just want to start the season 110% prepared”.

“I would like to thank North Europe Racing for this opportunity, Jan Heusschen (JH Mx Racing) and all the sponsors that support the team to make this happen, without them we would not be able to do this! (Twinair, hgs exhaust, KTM, Jan Heusschen JH mx service, Kenny, Silkolene, 100%)”. Added Dewulf.