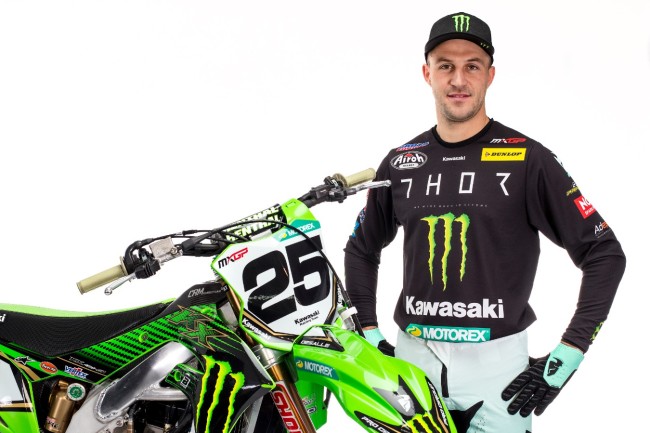 The MXGP of Russia was a tough one for Clement Desalle, Alessandro Lupino and Evgeny Bobryshev who are each now recovering with their family from their injuries.

The Russian round of the FIM Motocross World Championship has been a success for Kawasaki during the past two seasons with overall GP victories for Clément Desalle and the Monster Energy Kawasaki Racing Team in the premier MXGP class. Whilst battling again for a podium result last weekend the Belgian had a pretty big crash in the first race and was back on Monday in his homeland to have surgery with Doctor Claes. He underwent successful surgery to his broken left tibia-fibula but he’s also suffering from a right ankle sprain and is now entering a long recovery programme.

This first heat was also dramatic for Alessandro Lupino and Evgeny Bobryshev who each crashed on the fast track of Orlyonok. Lupino was unfortunate as another rider hit him when he crashed and after intensive care in Russia – for several seconds immediately after the incident he didn’t have any feeling in the legs – he was transferred earlier this week to Italy where Doctor Sangiorgi confirmed injury to the D11-D12-L1-L2 vertebrae of transverse processes, and a fracture of the sternum. He also faces a long recovery, as does Evgeny Bobryshev who has been treated for a broken right tibia.