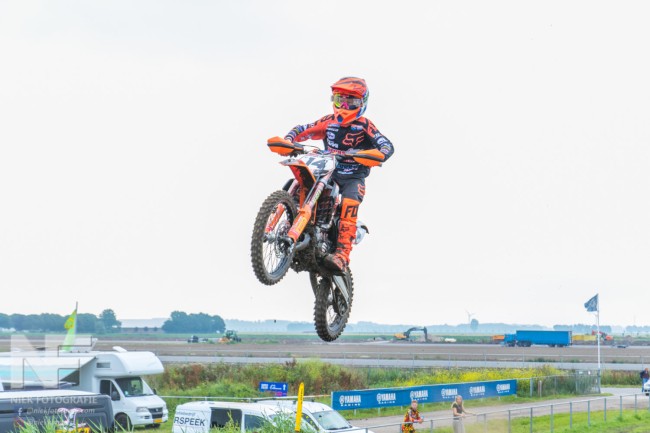 Young Dutch talent, Kay de Wolf picked up an injury at the opening round of the first round of the Dutch Masters after colliding with Kjell Verbruggen.

The Rockstar Husqvarna 125cc rider has a wrist fracture and will have to take it easy for a while.