Micha Boy De Waal has inked a deal with the BT Racing team for the 2020 season. 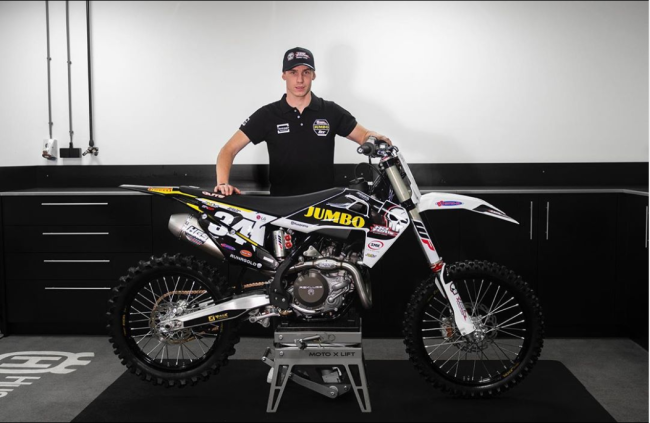 The BT Racing team were a new team in the paddock this year and focused on the EMX125 championship but the team will step things up for the season ahead.

Micha Boy De Waal spent the season with the Hetten Metaal Yamaha team but has inked a deal with the BT Husqvarna Racing team for the 2020 season.

He will join Raf Meuwissen and Scott Smulders under the teams awning in 2020 – a promising rider line up.

De Waal will contest the European rounds of the MXGP World Championship as well as the Dutch Masters of Motocross.

“Finally we can reveal our third rider! Michaboydewaal will jump on the Husqvarna FC450 next week. He will compete the Dutch Masters series and the European MXGP’s”, the team stated.